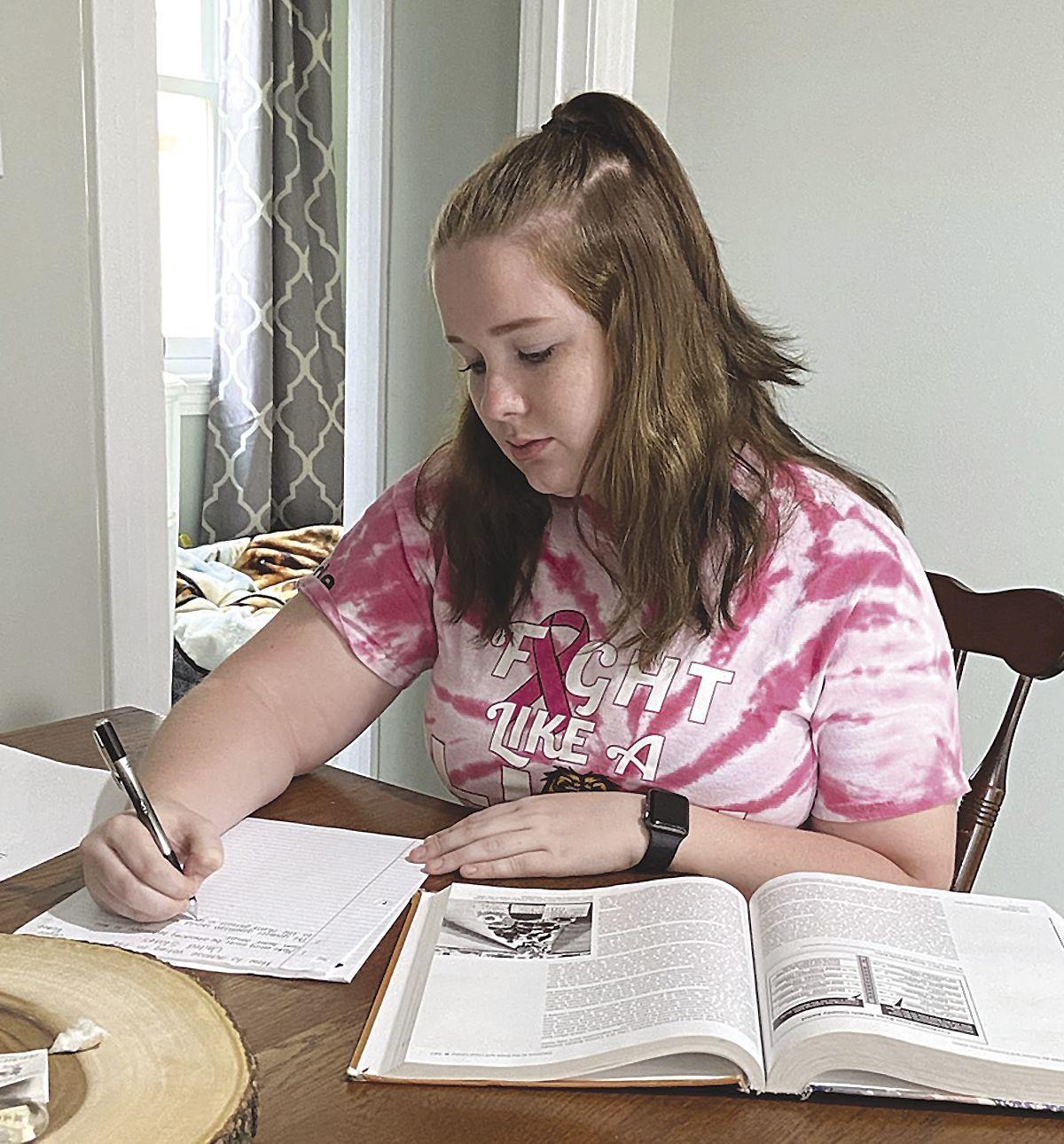 Now that school is closed for the rest of her senior year, Jayde Tucker spends her day painting, submitting scholarship applications and planning her now-postponed graduation party. Submitted Photo 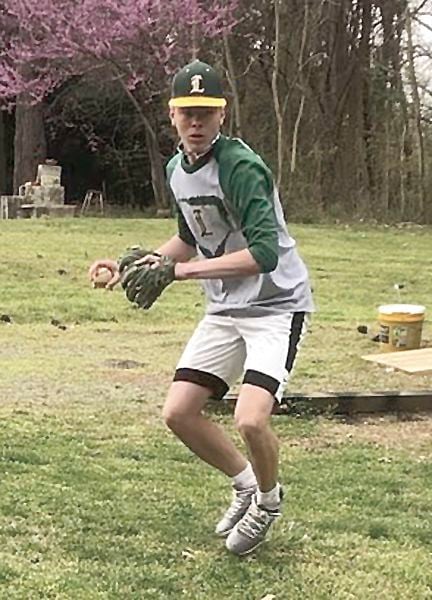 Senior Michael Barber said he was “hurting” after learning his final high school baseball season was canceled due to coronavirus. Barber will play for Mary Baldwin University’s team next year. Submitted photo

Now that school is closed for the rest of her senior year, Jayde Tucker spends her day painting, submitting scholarship applications and planning her now-postponed graduation party. Submitted Photo

Senior Michael Barber said he was “hurting” after learning his final high school baseball season was canceled due to coronavirus. Barber will play for Mary Baldwin University’s team next year. Submitted photo

The last couple of weeks have been an ever-changing landscape of uncertainty in a lot of areas, but one thing that is certain is that, for the Louisa County High School class of 2020, their days of roaming the halls of the high school are over.

The sudden closing of schools meant that most of the activities and events that define one’s senior year of high school have been cancelled or postponed, including prom, the senior class trip and the class picnic. Like many of her classmates, Jayde Tucker is upset to no longer be able to make those memories at those events.

“My classmates and I worked really hard throughout high school so that we could enjoy all the fun things that come in the next few months, and now we can’t look forward to that anymore,” she said. “It’s honestly heartbreaking.”

Spring sports season has been canceled as a result of schools closing, meaning that many senior athletes won’t be playing in their final season as a Lion. Michael Barber, a senior on the baseball team who will be playing for Mary Baldwin University next spring, said he was “hurting” after learning the season was canceled.

“I get to play at the next level, but not everyone is getting that opportunity,” he said. “I was looking forward to one last ride with my friends. That’s what hurts the most.”

Ginny Helmandollar, a senior player on the girls’ tennis team, said she was disappointed to not get to see what the team could do this year.

“I thought we had a really good chance of having a winning season this year,” she said. “They canceled things right when we were supposed to start the season, so we never got to do anything.”

She’s trying to keep things in perspective, though.

“We’re not alone in this,” she said. “All the other teams are going through this, too.”

The Virginia High School League announced on March 24 that they were considering holding athletic and academic competitions during the summer to allow athletes to play some form of a 2020 season. They are holding off on making a formal decision until May.

“It would mean the world to me if that happened,” Barber said. “To just be able to say I played some games in my senior year, or in the 2020 season [for the underclassmen] is something I’m hoping for.”

Graduation, perhaps the most anticipated of the traditions for the senior class, is also up in the air. While the Virginia Department of Education has said that all students who are on track to graduate will be able to do so, the ceremony itself will likely not happen, or at least not as it traditionally does.

Vaccinologist: Here's what worries me about Covid-19 trials

In a letter posted to Facebook and Instagram on Sunday, senior class president Jamori Harris offered words of encouragement to his classmates regarding the uncertainty.

“I was talking to my friends and seeing how this impacted them,” he said. “I thought it would be the best way to motivate them.”

In the post, Harris addressed many of the things his classmates are feeling, particularly about the many events and activities that are no longer happening. He cited his own disappointment that he wouldn’t be able to perform the lead role in the school’s spring musical, and noted several things that his classmates were disappointed about, including the loss of the spring sport season and the feeling of putting on a cap and gown for their graduation ceremony.

“Even though we do not know what graduation will look like or if we will walk across a physical stage, it gives me a sense of hope to know we will walk across an emotional stage into another chapter of our life that will shape us into who we will be in the future,” he said. He went on to say that, while it was alright to grieve about the loss of the remainder of the senior year, “we can’t let this control us and our destiny.”

The effect on the students – not just the senior class but everyone from preschool to 11th grade – goes beyond just the loss of potential memories. It also manifests in  the loss of their daily routine. Students who were in class for most of the day are now at home, and, while they have take-home packets theri teachers have sent them to continue their education, they are faced with a lot more free time than they normally have during the week.

“I’ve been trying to schedule my day more like a school day,” Helmandollar said. “My friends and I kind of miss the routine more than the big events. We’re a lot more stressed about the situation in general.”

The students are finding various ways to fill the extra hours they now have on their hands. Jarett Hunter says he’s been working out and shooting basketball and watching a lot of Jeopardy to “keep my mind sharp.” Tucker is painting, working on scholarship applications and planning for a graduation party, which she plans to hold as soon as the restrictions on gatherings of more than 10 people are lifted.

Through it all, the students have been able to keep in touch with their friends and teachers by phone or through social media. Even though it’s not the same as being able to hang out in person, being able to stay in touch has helped.

“It reminds me that I’m not alone in this,” Tucker said.

At the conclusion of his letter, Harris encouraged his classmates to look to the future.

“Just think,” he said, “in 10 years, when we have our first class reunion, we’ll have one heck of a story to tell.”

Yes, The CV is worth it