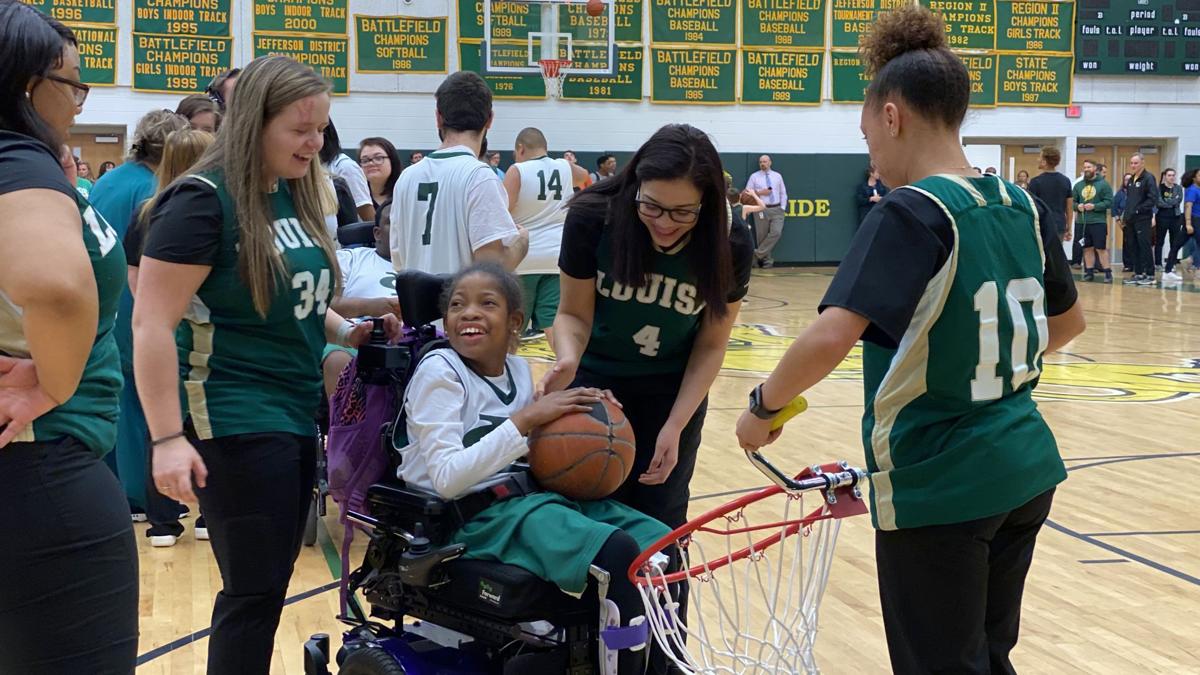 Students with special needs use adaptive basketball hoops to score goals during the annual Lions Together basketball game on March 10 at Louisa County High School. 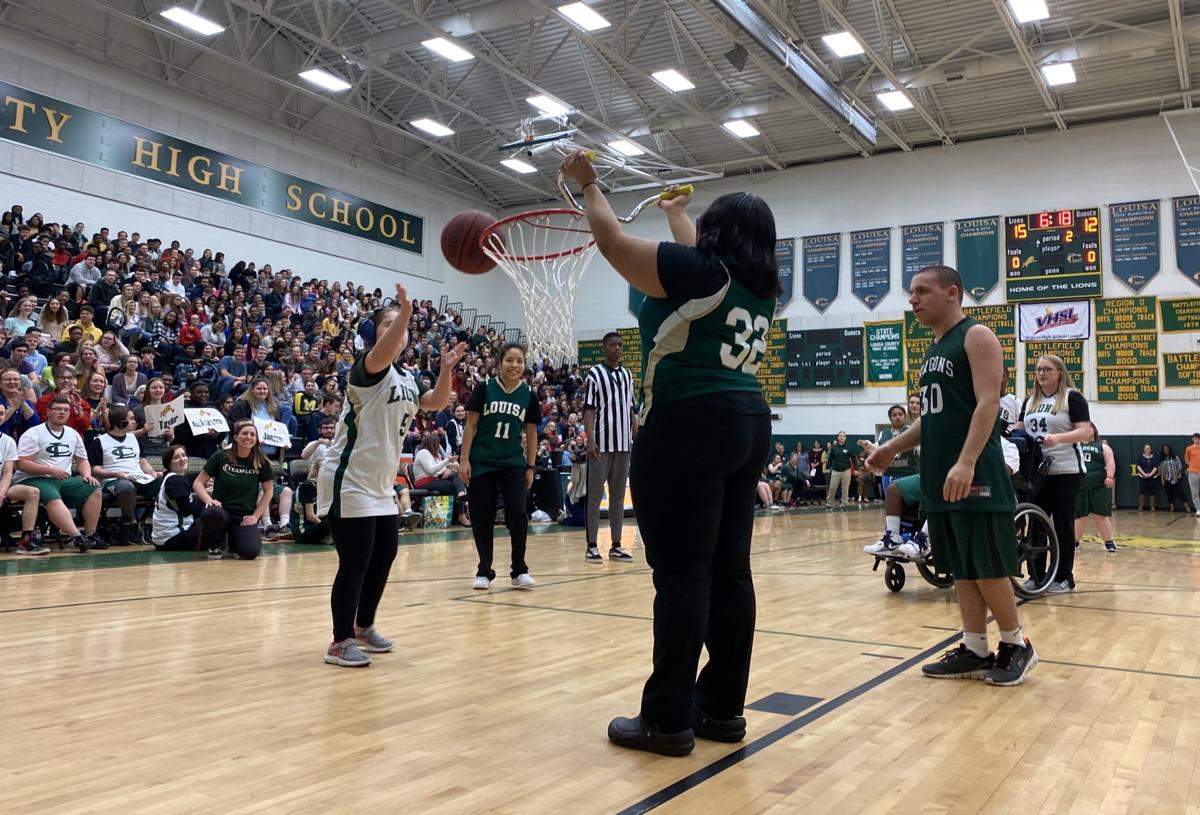 17-year-old Anna Schick, who has autism, scores a point for the Louisa team using an adaptive hoop in the Lions Together basketball game against Greene County. The annual event was held on March 10 at the Louisa County High School.

Students with special needs use adaptive basketball hoops to score goals during the annual Lions Together basketball game on March 10 at Louisa County High School.

17-year-old Anna Schick, who has autism, scores a point for the Louisa team using an adaptive hoop in the Lions Together basketball game against Greene County. The annual event was held on March 10 at the Louisa County High School.

Every year, students with special needs show off their athletic skills in a basketball game against peers from another county.

The event, Lions Together, includes students from all six Louisa County Public Schools in a friendly competition with their counterparts. This year, students competed against their peers from Greene County on March 10 at the Louisa County High School.

Special provisions were made for players who would otherwise be unable to participate due to their disabilities. Several players in wheelchairs used handheld hoops to make it easy to shoot a ball through the net.

Athletes were greeted with a message from a special guest, University of Virginia men’s basketball coach Tony Bennett. The video message was pre-recorded and broadcasted before the game to rally the players.

Louisa County Public Schools Superintendent Doug Straley is proud of the turnout at this year’s game. He believes events like this are important because it brings people together and creates an environment of inclusivity for all people at school. Straley said he believes the concept of a team is a lot like a family and tries to stress the idea of “one family” in the school system.

“As we bring students together to cheer on all of our teammates, we’re building good people and good citizens to go out into the world,” he explained.

By increasing the awareness of adaptive activities, including athletics like the Lions Together basketball game, students have more opportunities to learn about each other’s differences and appreciate the things that make each person unique.

Confused on whether you need a mask or not? Gupta has the answer

The game also has benefits for the players.

LCHS senior Noah Klotz, who scored multiple points during the game, said that participating gave him confidence. He said he enjoys having the chance to show others how well he can play basketball.

For other students with special needs, just having an event they can be a part of makes all the difference.

Anna Schick, a 17-year-old with autism, said she had a lot of fun participating in the game but her favorite part of the event was “listening to the marching band” as they serenaded the attendees.

Her dad, John Schick, who teaches special needs students at the high school, proudly watched her score numerous points from the sideline.

"It feels great to see Anna participate," he said. "The culture of our school is so positive. It’s wonderful to see our kids celebrated as important and valued. Plus, movement and athletics are good for everyone regardless of abilities."

This is the seventh and final game of the season for the Lions Together players, according to Andrew Woolfolk, Louisa County Public Schools spokesman.