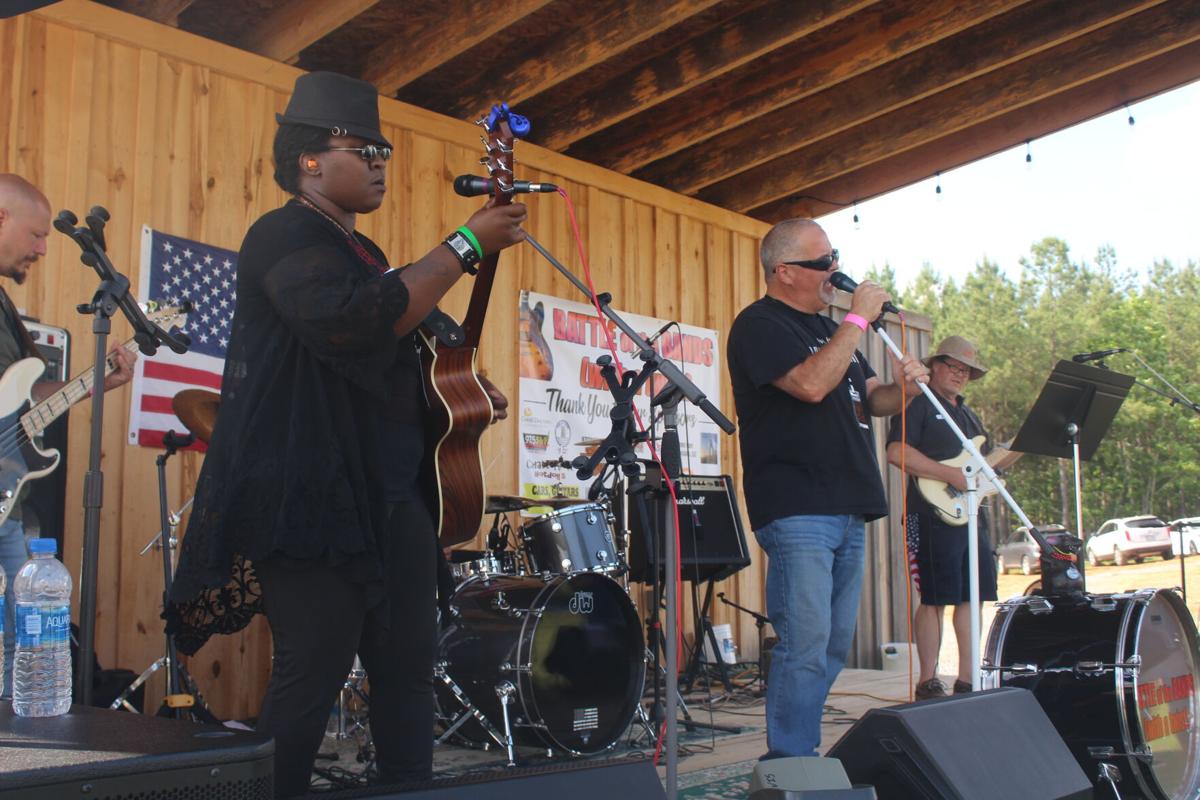 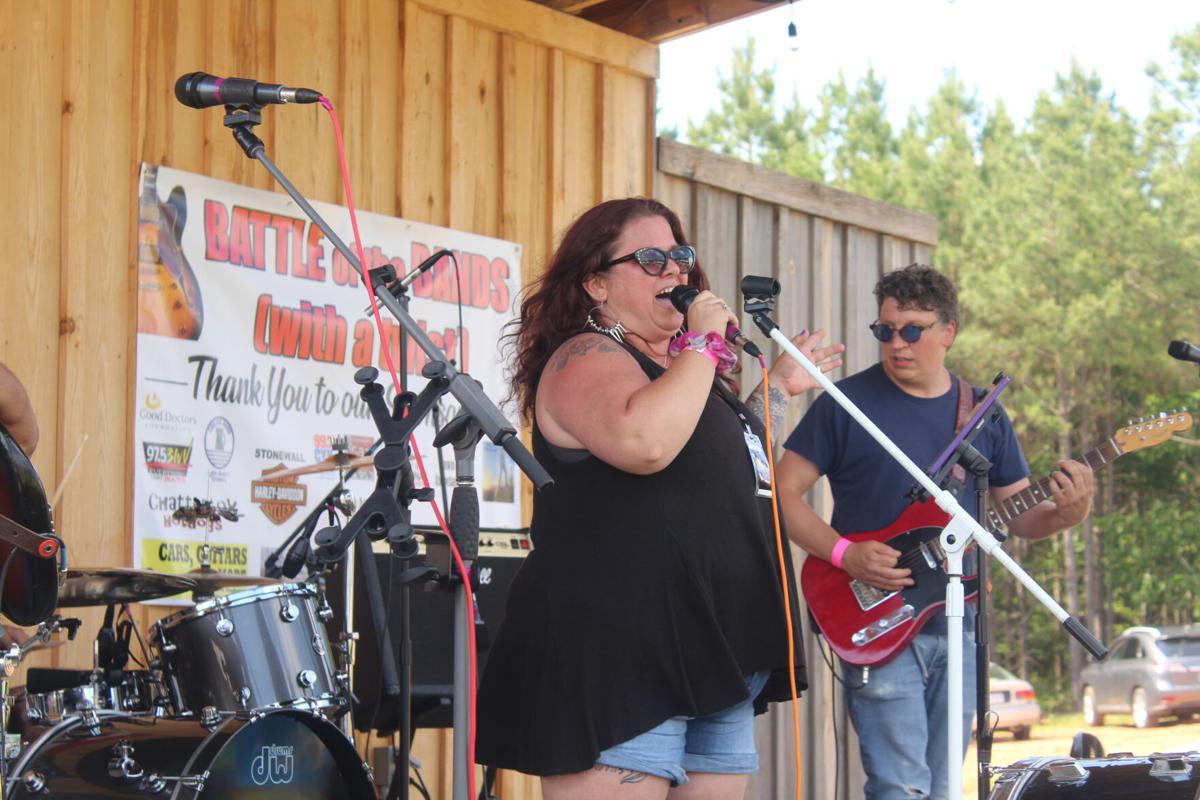 Jen Arnold leads the Outhouse Gang during the Battle of the Bands at Cooling Pond Brewery, a fundraiser to benefit kidney disease research.

Jen Arnold leads the Outhouse Gang during the Battle of the Bands at Cooling Pond Brewery, a fundraiser to benefit kidney disease research.

People say music is life. For Rick and Leanna Davis, that couldn’t be more true.

When Leanna got a heart transplant, the doctors told her she would likely need a kidney, too, due to the toll on her from the antirejection medications. Sixteen years later, when she had to go on dialysis and needed a kidney, it was Jamie Watkins, Rick’s bandmate, that volunteered as a donor.

After this challenging journey, Rick and Leanna wanted to give back. Rick said he always thought a competitive Battle of the Bands was an interesting concept, and it was Leanna who thought of the “twist.”

It started with a question: What if you got five drummers, five guitarists, five lead guitarists, five bass players, and five vocalists, and you put their names in a bowl that corresponded with their talent, and mixed them up? What would happen if you drew names of people that never played together before to form a band, and gave them one hour to prepare before getting on stage to perform and be judged?

“To be honest with you, the first time I heard about [this idea] I thought this is going to be a train wreck,” said Lynn Gaetano, the event’s spokesperson. “And it turned out to be a spectacular event.”

The success of the first event turned it into a recurring one held every year to benefit The National Kidney Foundation and Good Doctors Foundation. The fourth annual Battle of the Bands took place June 5 at Cooling Pond Brewery, featuring 35 musicians from around Virginia to form seven bands with five members each.

Each band had one hour to come up with a band name and a setlist of four songs they would perform for the judges and audience. The event’s playlist ended up with a variety of songs by artists like P!nk, Gretchen Wilson, Creedence Clearwater Revival, Journey, Janis Joplin, and The Doors.

“We had people from the National Kidney Foundation available to share information about being a living donor or anything about kidney transplantation research,” Rick said.

Every Battle of the Bands event has an honoree who either received a kidney or donated one. This year’s event was dedicated to Tommy Pearson, who received a kidney from his sister. She flew in from California for the event.

The winner of the event was the band “Highlander.” As a prize, they will be performing at the Court Cafe & Pub on West Main Street in the town of Louisa.

“They are going to go out and do a show, and if that works, who knows? They might become a band,” Rick said. “It’s been a great way for musicians to meet each other and play together.”

In four years, the Battle of the Bands has raised more than $10,000 in donations. Rick said they are already thinking about next year’s event; musicians will be able to sign up starting Jan. 1, 2022.

LETTER TO THE EDITOR: Vote for incumbents on cooperative board

LETTER TO THE EDITOR: Why infrastructure matters

LETTER TO THE EDITOR: Money shouldn’t be all that talks in politics

How do you grade Nebraska's hire of Trev Alberts as athletic director?

My ancestors – Scotch-Irish farmers on one side, Scottish-English border country Jacobites on the other – reached Central Virginia about 250 years ago, and here I am, still not that far from my birthplace. A couple of years back, I spat in a tube and had my saliva tested for DNA, and the results pretty much bore out the family anecdotal history: heavy on the UK, some northern European and Viking genes as one might expect – but there was some news. Read more

GUEST COLUMN: On & Off Earth

While the summer solstice was the longest day of the year, July begins with only three minutes’ less daylight and still a serious need for shade and/or sunscreen. By the time August arrives there will be 39 less minutes of daylight but still, deep into summer, not something anyone is really noticing. Read more

Thoughts from the Crossroads: Grandma Pie

My family was recently reminiscing about past family gatherings when my dear grandmother was still with us. She loved bringing dessert as her contribution, and 95 percent of the time, that meant pie. Mouthwateringly delicious pie! Over time, we fondly nicknamed her desserts “Grandma Pie.” She would blush and say they were nothing special, but to us they were her legacy. Read more