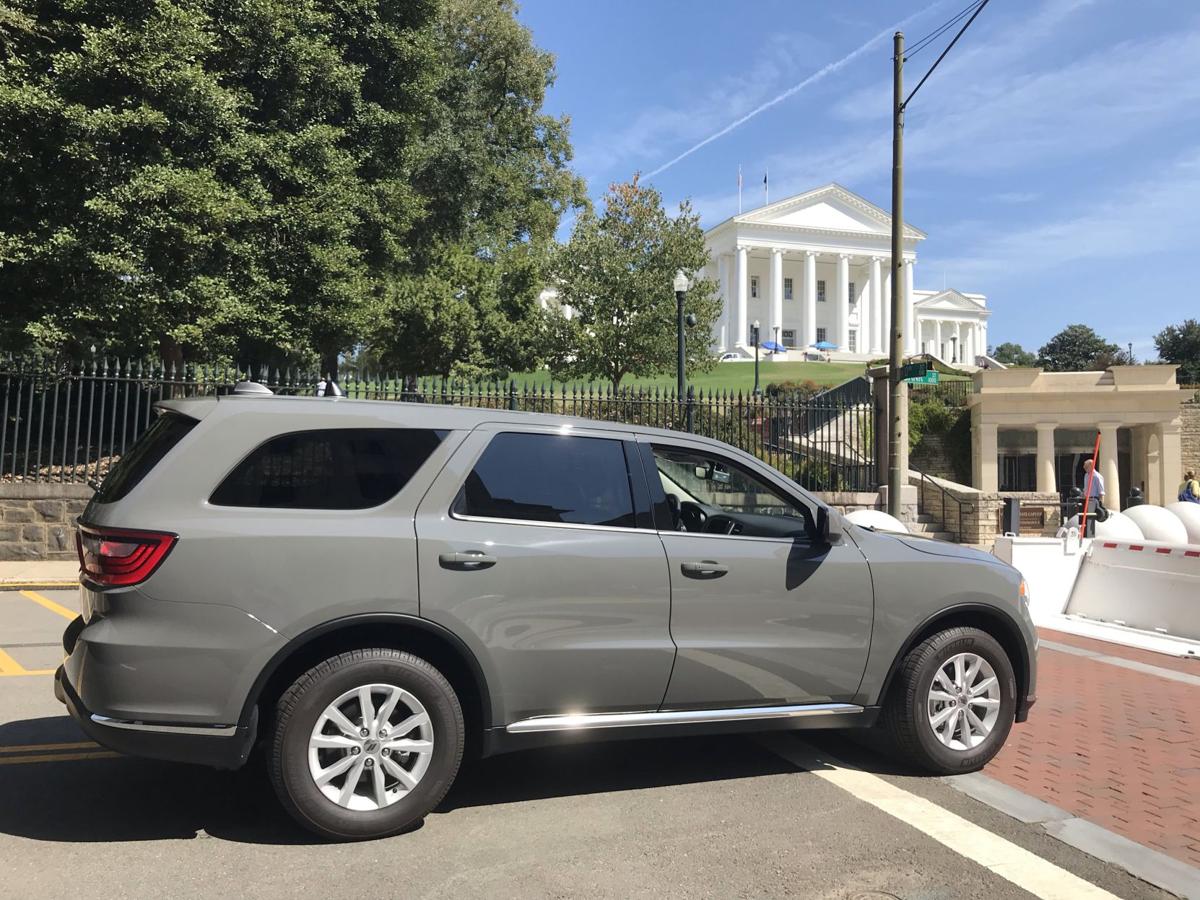 Dodge Durango SUVs like this one will be outfitted to safely transport patients subject to emergency and temporary detention orders to psychiatric facilities. 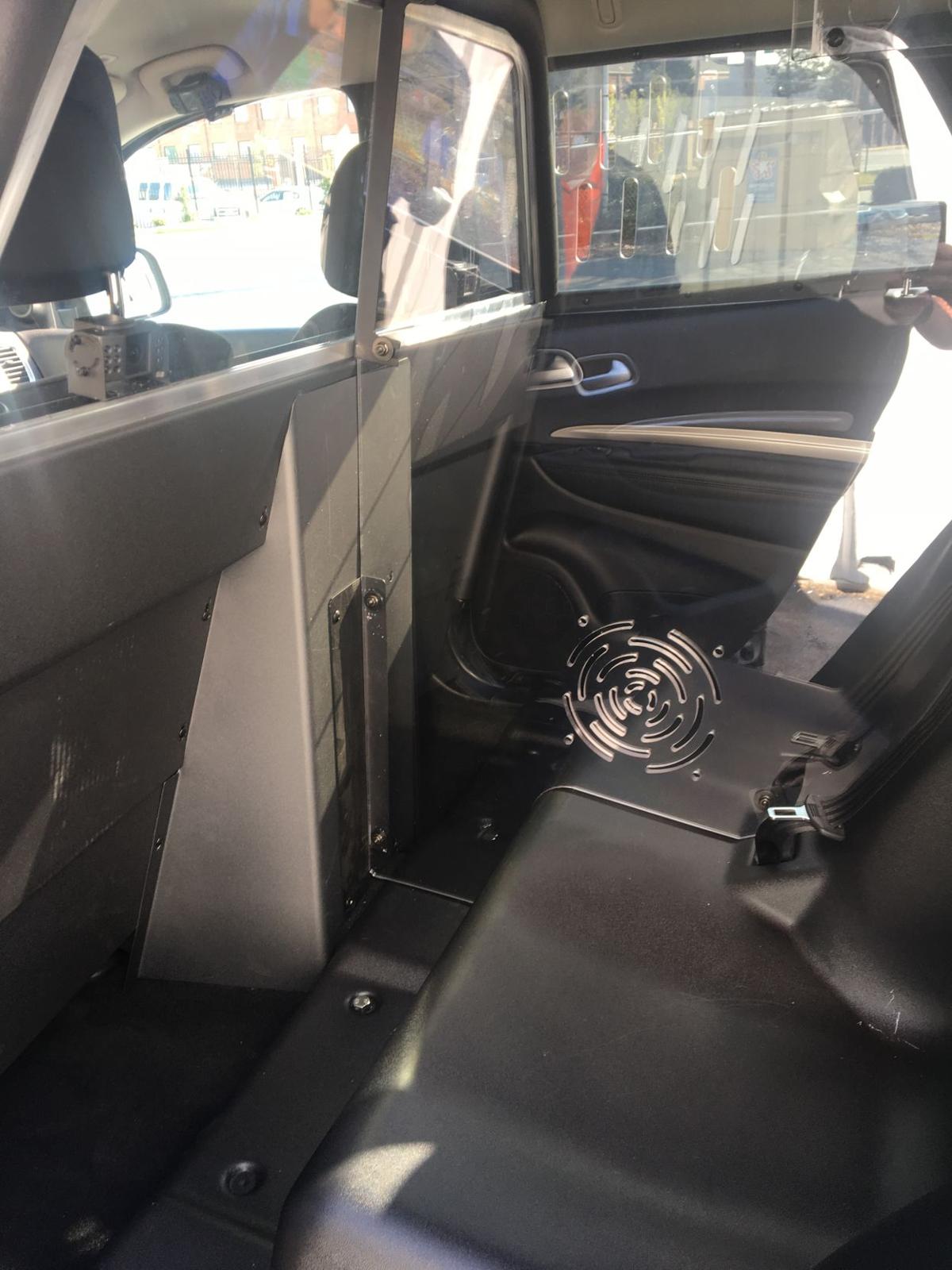 The back seat of a vehicle set up to transport two patients to a psychiatric facility.

Dodge Durango SUVs like this one will be outfitted to safely transport patients subject to emergency and temporary detention orders to psychiatric facilities.

The back seat of a vehicle set up to transport two patients to a psychiatric facility.

As part of their regular duties, sheriff’s deputies in Louisa County transport citizens experiencing mental health crises to psychiatric facilities all over the state.

These transports often require two police officers and can take hours of the officers’ time, depending on where the facility is located—sometimes as far as Southwest Virginia, a six-hour drive in one direction.

For the person being transported, it’s not always a pleasant experience. While they haven’t committed a crime, sometimes they are handcuffed and shackled.

Starting this week, about half of all Louisa patients subject to temporary detention orders for a mental health crisis will be transported by a specially-trained third party in a secure, unmarked vehicle.

These changes are part of a new state program for alternative transportation services for mental health patients. A private contractor, G4S, will be responsible for driving an estimated 50 percent of individuals who need to be taken to a psychiatric facility. The drivers are trained in how to work with people experiencing a mental health crisis.

Region Ten, the nonprofit community services board that serves Louisa residents with mental health issues, is working closely with the Virginia Department of Behavioral Health and Developmental Services to ensure the program is rolled out effectively.

“We’ve been advocating for this program for several years, and were excited when the funds were approved,” said Curt Gleeson, emergency services director for Region Ten.

The number of emergency custody and temporary detention orders in Louisa County in 2018 was 400, according to sheriff’s office data. The University of Virginia Medical Center, where many patients from Louisa and neighboring counties are transported locally, reports these orders are increasing in frequency. The number of emergency custody orders grew by 59 percent and temporary detention orders, 77 percent from fiscal year 2013 to 2019.

One reason for the increase is that the state began requiring that a bed be found for patients regardless of whether one is available in the limited number of state facilities.

The alternative transportation program will be launched in central Virginia and eventually be statewide. At this time it’s only for adults with psychiatric needs, but it will be expanded later to include children.

“Our hope is that people will be a little more relaxed when they get to the hospital and are ready to begin treatment.”

In its pilot phase in southwest Virginia, the program had a 100 percent success rate—patients arrived at their evaluations and treatments on-time and safely, without the assistance of law enforcement officers.

One reason the program is starting in Louisa’s region is because of the especially high rate of temporary detention orders.

Ex-DOJ officials and prosecutors call for Barr to resign

The Power of a Good Story: Conover Foundation Reminds Us of George Washington and the Cherry Tree Legend

“We looked at the temporary detention rates for each of the community services boards over the last few years and they remained pretty static,” Paysour said. “Louisa is served by Region Ten and they have one of the highest rates in the region, with the exception of Fredericksburg.”

As part of the contract, G4S is required to respond to voluntary temporary detention order requests within two hours at least 90 percent of the time.

In cases in which patients do not volunteer to be transported, such as when sheriff’s deputies or family members request detention orders, law enforcement will continue to take them to psychiatric facilities in police cars.

Patients will be transported in highly specialized sport utility vehicles that have been outfitted to keep both the patient and driver safe during transport.

Similar to law enforcement vehicles, the SUVs will have a plexiglass barrier to protect drivers and back seat passengers and doors that can only be opened from the outside. Because rides can last up to six hours or more, having separate heating and cooling systems in the vehicles was important.

“We want to make sure everyone can stay as comfortable as possible while maintaining safety,” Paysour said.

The drivers employed by G4S are required to participate in over 80 hours of classroom and experiential learning, including an in-depth introduction to mental health and trauma-informed care practices and training for mental health first aid, human rights, crisis intervention, de-escalation techniques and confidentiality practices.

To measure the program’s success, Paysour’s agency is tracking the number of temporary detention orders and their locations to see which law enforcement agencies are impacted the most and if those impacts are positive or negative.

“I think it’s great they are using a transport company because mental health is an illness—not a crime,” Louisa County Sheriff’s Office Det. Chuck Love said. “It’s going to let people with mental health concerns be treated as if they’re not healthy—not as if they’re a criminal.”

When the sheriff’s office is responsible for patient transport, two officers have to be dispatched to take an individual to a psychiatric facility. They wait until the patient receives their evaluation—or, in some cases, have to go back to pick them up once the evaluation is completed.

If they need to go to a second facility, both officers have to drive them there, taking many hours of the time they could have spent working here in the county.