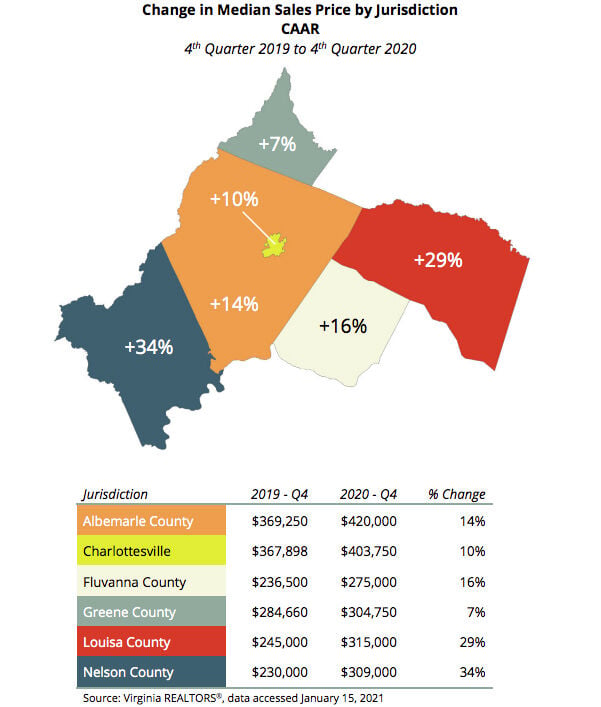 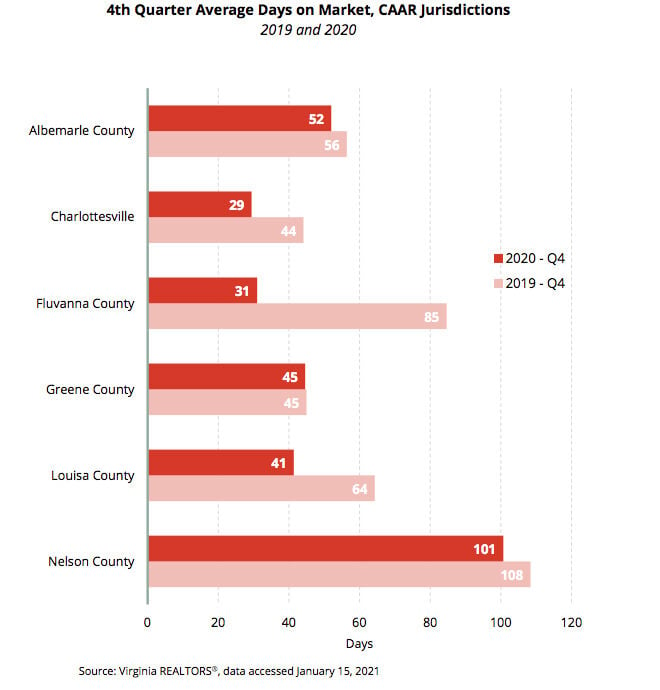 While rising prices and low interest rates and inventory continue to be hallmarks of Louisa County’s real estate market, the most tangible change over the past year might be the desire or need to work from home.

For some people, working from the home office is something they would rather not do, but they have to these days because their children are out of school more often. But others embrace the flexibility working from home gives them. Some people looking to buy a new house have even made it a criterion in their search.

Quinton Beckham, president of Charlottesville Area Association of Realtors, believes the coronavirus pandemic has caused a shift in the market’s fundamental principle, that location is everything. Before, professional offices were clustered in urban areas, and people tended to want to live in the city or somewhere nearby that offered a reasonable commute. Now, with so many people working part-time or full-time at home, other things matter more.

“You don’t have to drive until you can buy anymore,” Beckham said. “It’s not just location, it’s broadband, and you’re going to [want] a bedroom you can turn into an office.”

In the near future developers are likely to offer amenities for dedicated home office space such as glass-paneled doors, built-in shelving and enhanced internet access, he predicted. People don’t want their dining room table to be their new office.

Libby Sandridge, who sells property on Lake Anna and surrounding areas for Dockside Realty, said she has seen a rapid increase in demand from people who used to live and work in Northern Virginia. The result has been to create a climate somewhat like the real estate boom in the early 2000s.

“It’s not just Lake Anna, it’s rural,” she said. “People want to get out of the cities. A lot of people found out they had to work from home ... They all want to know if we have high-speed internet.

“The only negative is that we don’t have homes to sell,” she said, noting that as soon as she puts a property on the market, someone snaps it up.

The same conditions exist elsewhere in the county, said Sherry Palmer, who sells and rents homes for Lloyd’s Real Estate in the town of Louisa.

2 people, including infant, dead after being swept out by currents

“People are willing to pay higher prices – it’s going to equal out for them because of the lower interest rates,” she said.

In the last quarter of 2019, the median sales price in Louisa County jumped to $315,000, an increase of $70,000 from one year earlier. It is, by far, the largest one-year increase in the median price in the past five years, according to CAAR.

There were 217 sales in the county in the fourth quarter, a 28 percent hike over the previous year. With 106 active listings, the inventory of housing for sale had dropped by more than half from the year before. The picture is similar elsewhere in the Charlottesville region.

“We have been underbuilding for 10 years, so this sudden low inventory is not really because of the pandemic,” Beckham said. “It might have pushed the gas pedal, but it didn’t create the lack of homes.”

While demand remains high in Charlottesville, too, many people who have been living in apartments there may be having second thoughts about that lifestyle amid the pandemic. With access to restaurants, concerts and other city activities severely curtailed, greener pastures start to look more attractive.

Not only that, Beckham said, but the lack of new housing construction across the region represents a real problem for young people looking to buy homes and start families.

“We have not kept up with demand to house an entire generation that has come of age,” he said. “They’re looking for places to invest in, places to go for a run, and they’re being forced into smaller and tighter spaces.”

Many of the new homes that are under construction in Louisa are in places like Spring Creek in Zion Crossroads, and they command a premium price. But Beckham said adding to the inventory on the higher end of the scale can help address the housing shortage, by reducing pressure on homes priced at more modest levels.

LETTER TO THE EDITOR: This Sunday, give encouragement to law enforcement officers

LETTER TO THE EDITOR: Tallying the ills of the new presidency

LETTER TO THE EDITOR: Let's talk about the truth