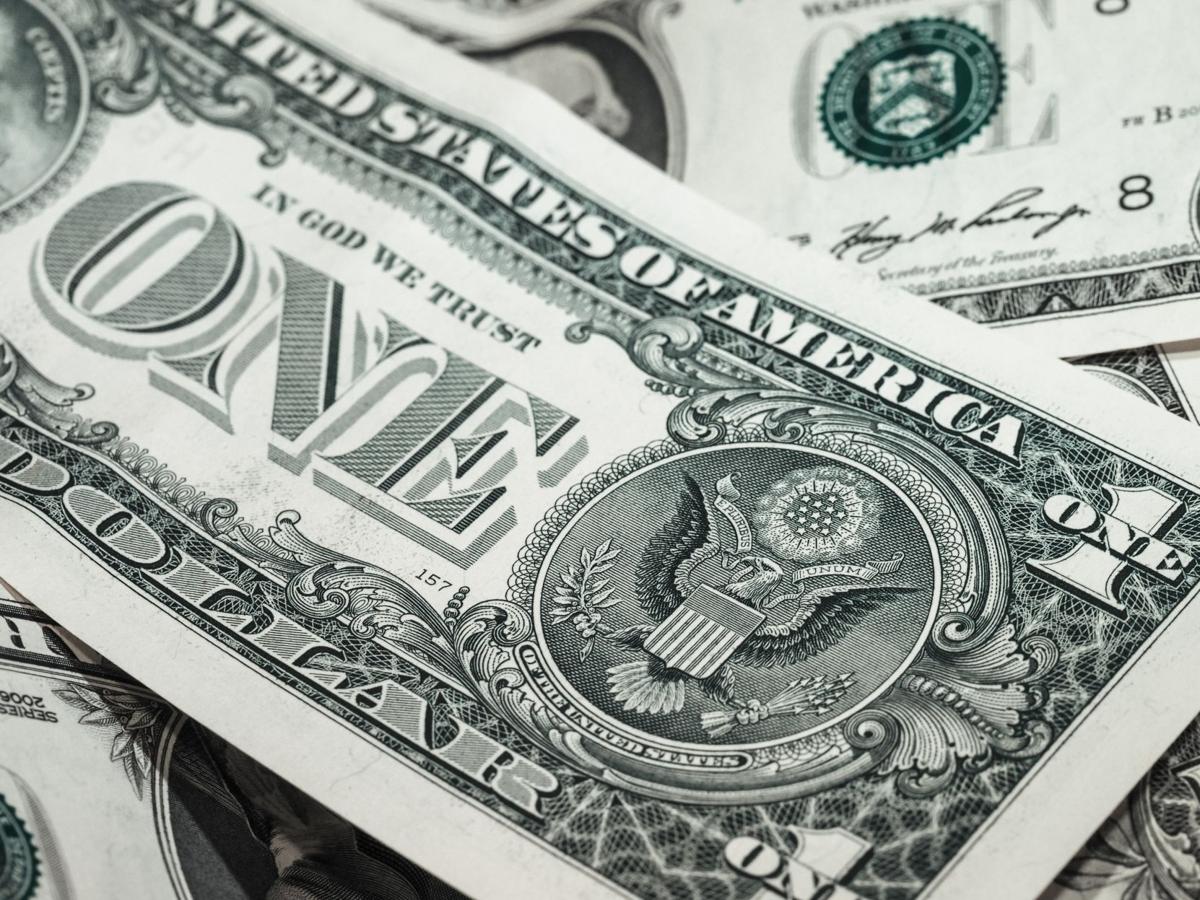 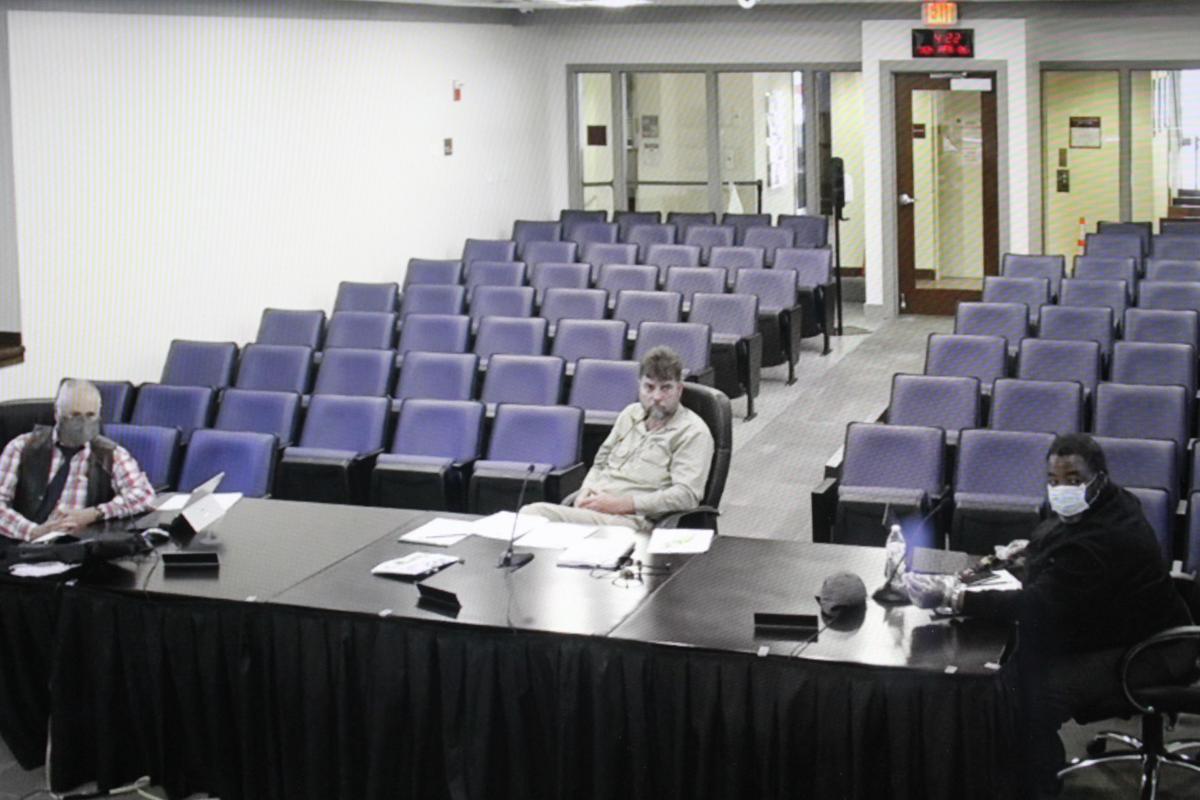 Supervisors Tommy Barlow (Mountain Road district, at left), Toni Williams (Jackson district) and Fitzgerald Barnes (Patrick Henry district) at the April 6 board meeting, which was closed to the public.

Supervisors Tommy Barlow (Mountain Road district, at left), Toni Williams (Jackson district) and Fitzgerald Barnes (Patrick Henry district) at the April 6 board meeting, which was closed to the public.

Facing many unknowns about what the future holds, the Louisa County Board of Supervisors is likely to pass a $132 million budget but withhold approval to spend money in certain areas.

Among the expenses that would be in the budget, but left unfunded, for the fiscal year that starts on July 1 are a $800,000 rescue station to serve the Lake Anna area and a $1 million enclosure for the swimming pool at the Betty J. Queen Intergenerational Center. Both projects have drawn significant interest from the public in the past year. A third high-profile expense, an $8.5 million addition to Jouett Elementary School, is still on track for construction by 2021.

The county is facing a potential hole in its budget of $200,000 each month, although it’s difficult to have a firm estimate yet, County Administrator Christian Goodwin said at the April 6 supervisors’ meeting. Data on state and local taxes collected for the month of March won’t be finalized until May.

Most of the budget gap can be addressed by delaying salary increases for school and county employees and non-essential operations expenses. The rest could be met by holding off on what Goodwin said were non-essential capital projects such as the rescue station.

The April meeting was closed to the public due to the coronavirus. Officials met open meeting requirements by providing phone numbers for residents to call to listen to the discussion and to share comments. They also aired video of the meeting live on the county website, although the sound quality wasn't great. A meeting recording is now available on the site, without the audio problem.

The first item on the agenda was an emergency ordinance to allow the board to meet for future meetings remotely, if necessary. Normally a quorum, or four of the seven members, has to be gathered in one location in order to conduct business. The board adopted the ordinance on a temporary basis and scheduled a public hearing for May 4. If approved, the law would be in effect for six months.

The ordinance only allows the supervisors to discuss business related to the emergency. The board voted 4-3 not to discuss giving code enforcement officers the power to issue a citation and initiate a court summons for littering, since it’s not an emergency matter. Currently only sheriff’s deputies have the authority to start a court process for littering. Supervisors Eric Purcell, Tommy Barlow, Toni Williams and Fitzgerald Barnes (Louisa, Mountain Road, Jackson and Patrick Henry districts) voted to postpone discussion.

Goodwin said the anticipated $200,000 monthly budget shortfall was calculated by adding together lost meals taxes ($42,000), sales taxes ($81,000) and transient occupancy taxes ($8,000) and diminished revenue from several other sources. He emphasized these are “very rough estimates.”

It’s possible the county will have the authority starting on July 1 to impose a local tax on cigarette purchases, which could provide some new revenue to offset the losses.

Five citizens spoke during the public hearing on the budget in favor of funding the Lake Anna Rescue Station. They included Brian Gilbreth and Patrick Gallagher, members of the board of the Foundation for Lake Anna Emergency Services. The nonprofit group has vowed to raise the first $100,000 of the funds needed to pay for the building. Supervisor Duane Adams (Mineral district) said he has received some 170 emails from residents and business owners about the station.

Williams said he favors removing the pool enclosure at the Betty Queen Center from the budget. Other members said they want to leave it in, giving them the option to appropriate money for it during the fiscal year if revenue projections improve.

Adams proposed reducing funding for the Louisa County Library, reasoning that they didn’t need as much money as they did two months ago. His comment did not draw support from his colleagues.

“How can they be closed a month and their expenses are exactly the same as when they’re open?” he asked.

The supervisors agreed to maintain the same budget as in the previous fiscal year for seven outside agencies, including the library and Region Ten, denying their requests for additional funds. The latter agency, which recently closed all of its buildings and shifted to providing mental health and addiction services largely via telephone or computer, came under fire from several board members.

At a budget work session earlier this year, Region Ten requested $67,000 from the county to keep the Friendly Oaks clubhouse open in the town of Mineral. The facility served people with developmental disabilities and others recovering from mental illness. With the coronavirus outbreak, the agency closed the building and laid off staff, Adams said. Counselors who previously worked for Region Ten in Louisa County Public Schools have also lost their jobs.

“I don’t think they have any intent of reopening Friendly Oaks,” Adams said.

"We're calling them all, checking on them frequently, tying them in to other Region Ten services," she said. "The case managers work with them on a case-by-case basis on how to get services and where to go."

The board’s vote to deny budget increases to six of the agencies was 6-1, with Adams opposed. In a separate vote, two of the seven members voted to give a funding increase to Child Health Partnership, which helps families with small children.

"These are very tough decisions we're making," said board Chairman Bob Babyok (Green Springs district). "These people aren't going to get help from anywhere else [other than these agencies]. A lot of these agencies cover costs that would ordinarily be incurred by us."

The board plans to vote to approve the budget at the next meeting on April 20. Also up for approval is maintaining the current tax rates of 72 cents per $100 of value (real estate) and $2.43 per $100 of value (personal property). The supervisors will appropriate funds at their May 4 meeting.

Louisa County's draft budget can be founded at this site:

A proposal to enclose one of the swimming pools at the Betty J. Queen Intergenerational Center will be placed on the November election ballot,…