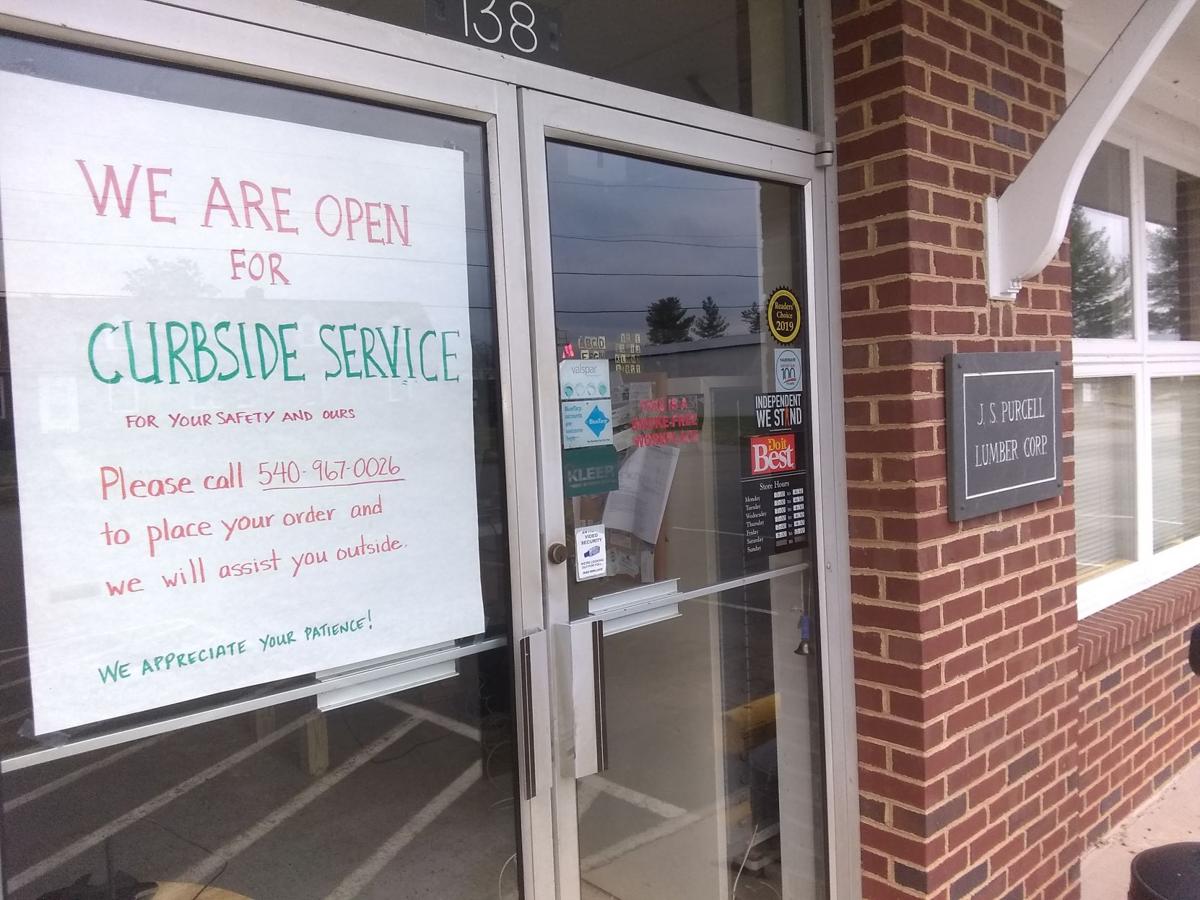 J.S. Purcell Lumber on West Street in the town of Louisa was among the local businesses that limited customer access to their stores to protect employees from possible exposure to the coronavirus. 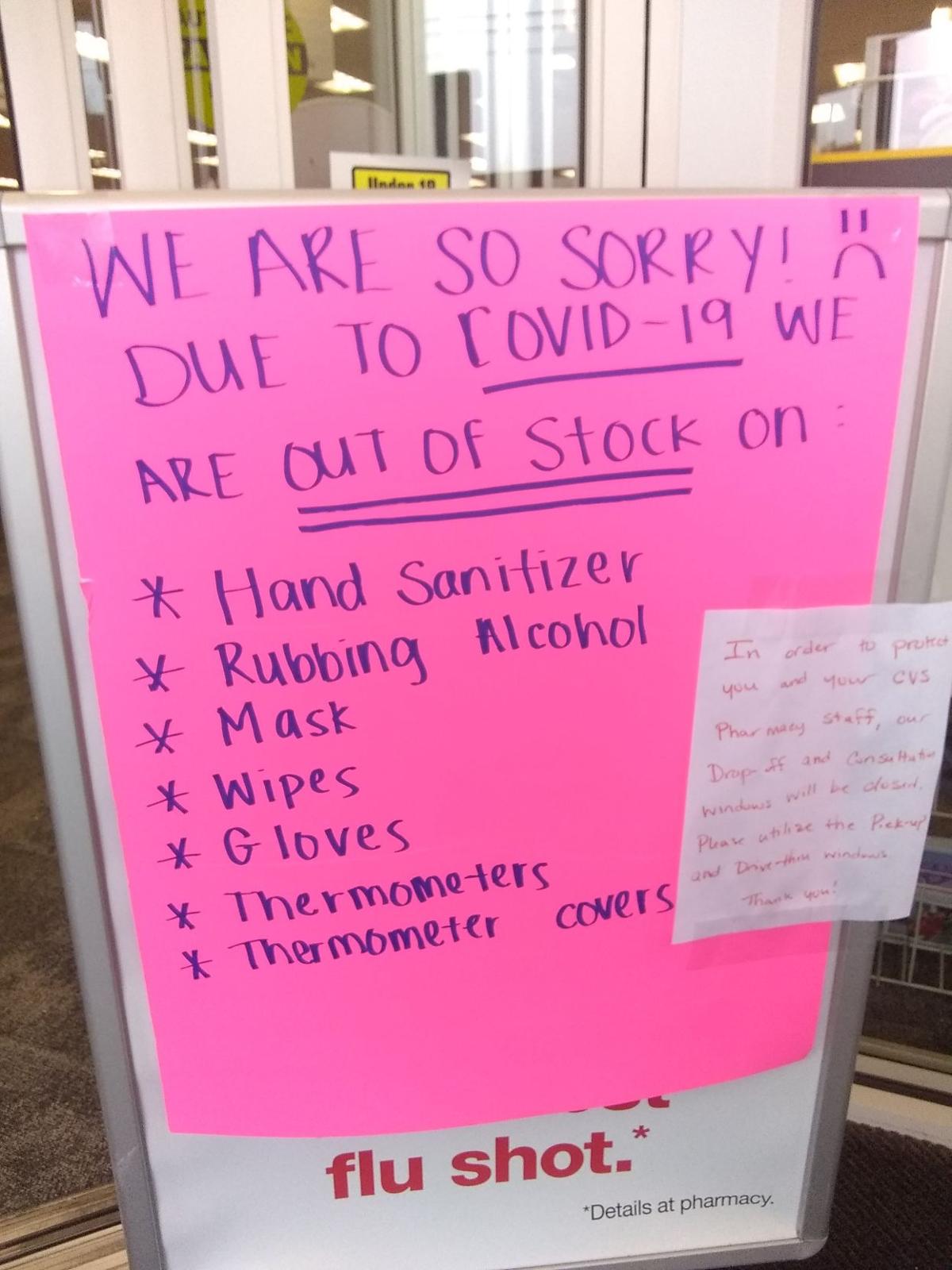 A sign at the entrance to CVS in Louisa advises customers of shortages and changes to pharmacy operations.

J.S. Purcell Lumber on West Street in the town of Louisa was among the local businesses that limited customer access to their stores to protect employees from possible exposure to the coronavirus.

A sign at the entrance to CVS in Louisa advises customers of shortages and changes to pharmacy operations.

The coronavirus continues to have a dramatic impact on life and work in Louisa County. Here are a few things that have happened over the past week:

K-12 schools closed for the rest of the year. Governor Ralph Northam ordered the schools to stay closed for the remainder of the academic year, leaving seniors’ graduation plans in doubt. Read more in Michelle Dmytryszyn’s story, Schooling at home, about how administrators, teachers and one parent are adapting to life with the kids at home.

Stimulus. To provide relief from economic hardship, Congressional negotiators agreed Wednesday morning on a $2 trillion stimulus bill that will give $1,200 checks to workers and $500 for their children in households with annual incomes up to $75,000. Smaller payments will be made to those with incomes up to $99,000. The bill also provides forgivable loans to small business owners if they maintain their payroll.

Restaurant dining rooms closed. The governor told restaurants they could only provide takeout, curbside or delivery service. Previously they had been allowed to seat diners as long as there were not more than 10 patrons at a time. Barbers and beauty salons were also told to close, unless they could find a way to cut hair while employees stayed at least six feet from their customers. Grocery stores, banks and several other types of businesses were deemed “essential” and allowed to keep operating.

Three confirmed cases. The Thomas Jefferson Health District announced the first coronavirus case in Louisa County on March 21. The number had risen to three by March 24. That’s out of 14 total cases in the district, which includes Charlottesville and Albemarle County. The Virginia Department of Health has details on the virus’ impact in Virginia at vdh.virginia.gov.

The print version of this story was published on March 26. Since then, the number of coronavirus cases in Louisa has increased from three to five. The total number of cases in the district is now 27.

Supervisors plan next meeting. Attorney General Mark Herring issued an opinion advising that just because there is a state of emergency doesn’t mean government boards don’t have to make their meetings open to the public. There are ways to hold virtual meetings, as long as the public can participate. The Louisa County Board of Supervisors is due to hold public hearings on April 6 on proposed tax rates and the fiscal year 2021 budget. County officials haven’t said how they will do so while meeting the governor’s limit of no more than 10 people in one place.

Jail may release some offenders pending trial. With concerns rising about the potential for the coronavirus to spread within Central Virginia Regional Jail in Orange, Sheriff Donald Lowe and Commonwealth’s Attorney Rusty McGuire said they might support releasing certain non-violent offenders while they await trial.

New twists to policing. Sheriff’s deputies and residents are finding the coronavirus makes for some odd encounters. A Louisa County resident said she was stopped by an officer on March 21 near Lake Anna for failing to stop at a stop sign. The officer smelled alcohol and asked her to step out of her car and answer some questions, to help him assess whether she was intoxicated. It turned out the smell was from her hand sanitizer.

The sheriff’s office said Wednesday it will offer to deliver prescription drugs to residents’ homes to help them avoid contact with people who may have the virus. Interested residents should call 540-967-1234 between 10 a.m. and 6 p.m., Monday through Friday.

Grant relief. The Charlottesville Area Community Fund and several partner agencies launched an emergency fund to offer at least $2 million in grants to individuals and households affected by the coronavirus outbreak, including in Louisa. People can call 434-234-4490 to request help.

Visit our Coronavirus News Page for the most recent updates impacting Louisa County.