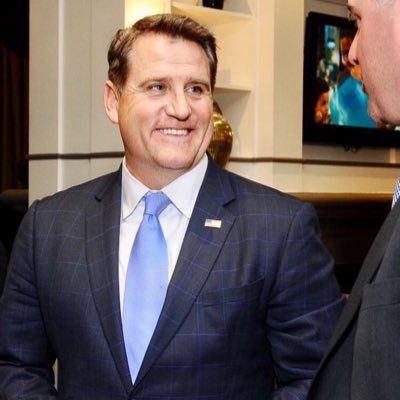 State Sen. Bryce Reeves (R), who represents Louisa County in the 17th district, was one of a group of senators who sent a letter to Gov. Ralph Northam on March 31 to ask him to delay approving bills that would increase fees or regulations. 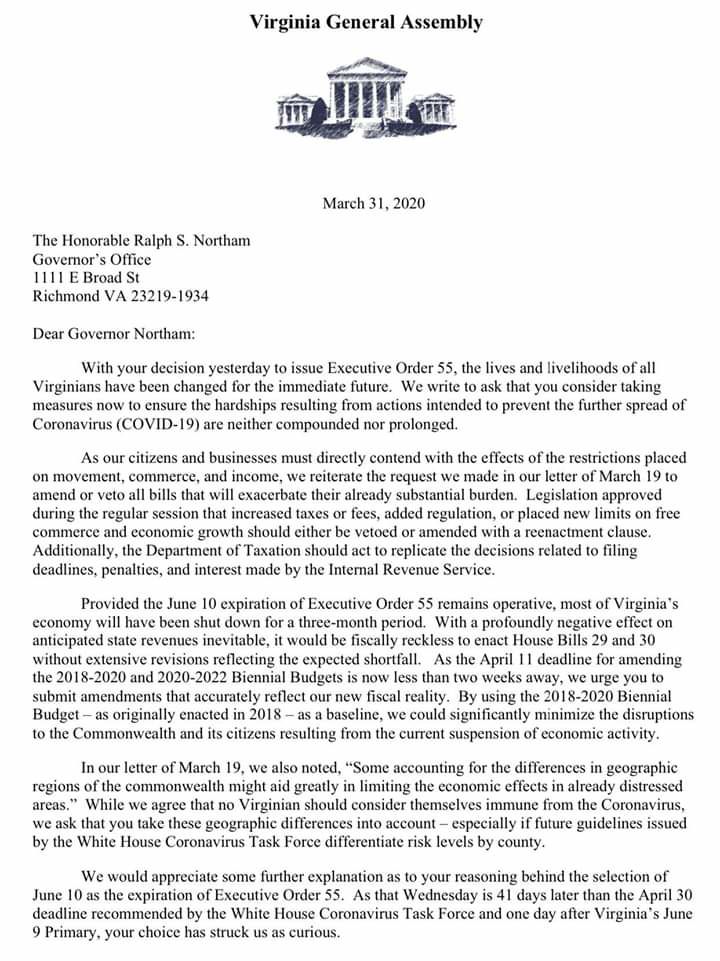 State Sen. Bryce Reeves (R), who represents Louisa County in the 17th district, was one of a group of senators who sent a letter to Gov. Ralph Northam on March 31 to ask him to delay approving bills that would increase fees or regulations.

Pressure is building on Virginia’s Democratic Party legislators to scale back some of the gains they made in the 2020 General Assembly session, as the reality of the coronavirus pandemic begins to weigh on state and local budgets.

Their letter came on the heels of a letter by the Virginia Municipal League asking Northam to delay implementation of a minimum wage increase, same-day voting and several other measures that the Democrats pushed through just over a month ago.

The Republican senators’ letter observes that since the governor’s stay-in-place order is in effect until June 10, “most of Virginia’s economy will have been shut down for a three-month period.”

In fact, many companies continue to operate, but there’s no question the economy is taking a severe hit as consumers reduce their spending and restaurants and other service industries are closed or have reduced hours. Northam’s secretary of finance, Aubrey Layne, has estimated a state revenue shortfall of more than $1 billion over each of the next two years.

“Local tax collections are in equal or greater peril,” municipal league Executive Director Michelle Gowdy wrote in a March 26 letter to the state Department of Housing and Community Development. She asked for a one-year postponement in “unfunded and underfunded state mandates.”

“Local budgets depend on property taxes, the local option sales tax, and business taxes,” she said. “Revenue[s] from commercial properties are at risk as small local businesses close down.”

The Commonwealth Institute, a Virginia-based nonprofit that continues to support the minimum wage hike, said on its website that the higher wage will help the state’s economy rebound faster once the threat from the coronavirus diminishes.

“Given current events related to the COVID-19 pandemic, raising the minimum wage has become even more essential for Virginia’s working families and for our economy,” according to the institute. “Virginia’s policy makers must also stay focused on a key driver of growth: strong consumer demand. People in low-wage jobs are more likely to immediately spend any extra income on ordinary and necessary living expenses. In the aggregate, this fuels economic growth.”

The same-day voting bill would replace the current state law, which requires people to be registered to vote up to 22 days before an election. The provision is expected to create new costs for local governments to support their registrar’s offices.

The VML also asked Northam to freeze funding for economic development projects, stop housing evictions and push for bail reform, among other suggestions.

Senators and delegates are scheduled to meet again in Richmond on April 22, but it’s unclear if that will happen given social distancing rules now in place.

“Given current events related to the COVID-19 pandemic, raising the minimum wage has become even more essential for Virginia’s working families and for our economy,” - The Commonwealth Institute