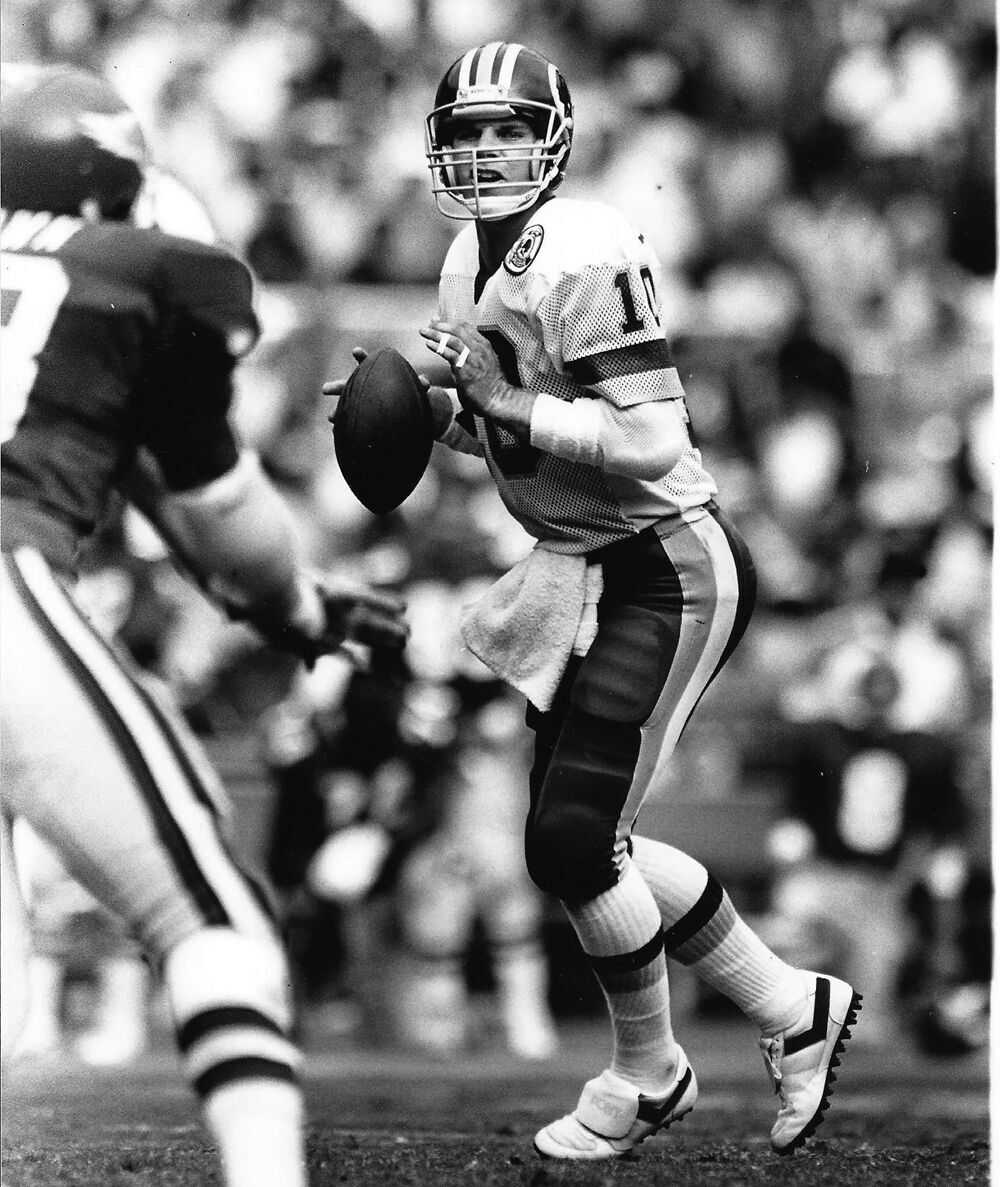 Former NFL quarterback Jay Schroeder, pictured here during a game in 1986, will play in the Lions' annual golf tournament fundraiser on Oct. 14. 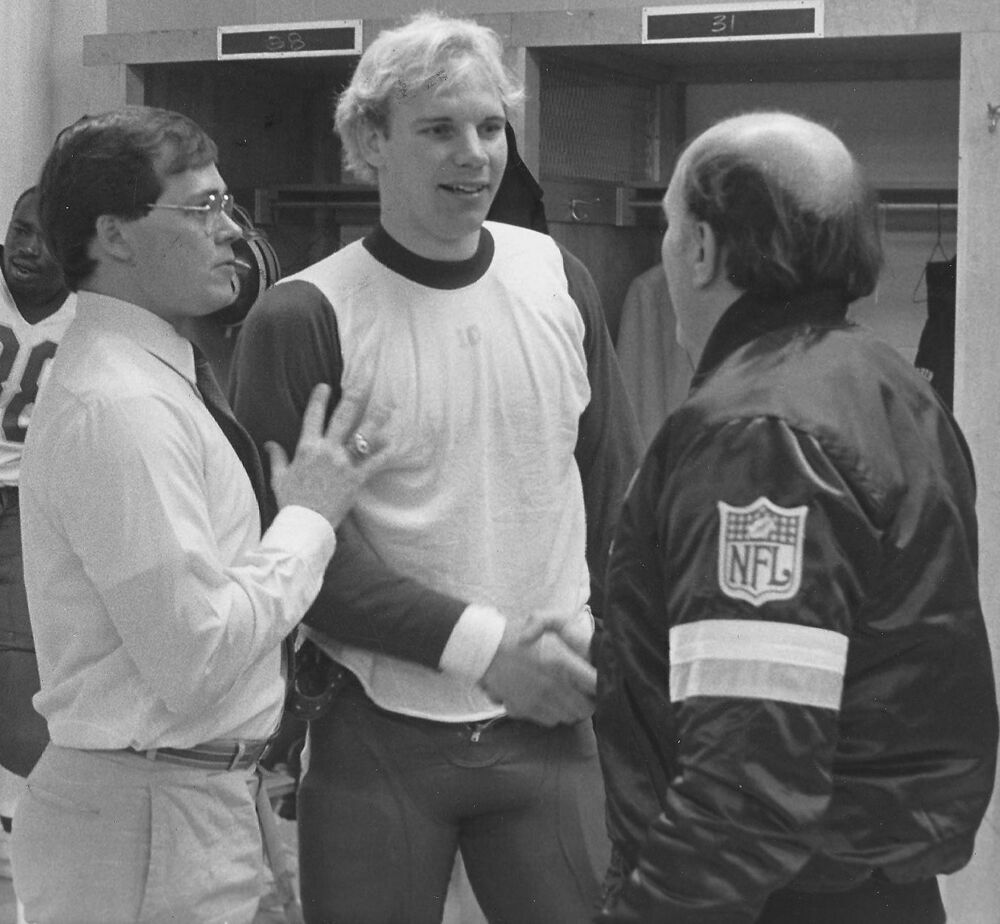 Jay Schroeder (center) shakes hands with Washington Redskins quarterback coach Jerry Rhome following his first NFL start against the Pittsburgh Steelers. Schroeder was invited to play in the Lions' golf tournament by Assistant Coach John Konoza (right) who met Schroeder while working as director of media relations for the Redskins.

Former NFL quarterback Jay Schroeder, pictured here during a game in 1986, will play in the Lions' annual golf tournament fundraiser on Oct. 14.

Jay Schroeder (center) shakes hands with Washington Redskins quarterback coach Jerry Rhome following his first NFL start against the Pittsburgh Steelers. Schroeder was invited to play in the Lions' golf tournament by Assistant Coach John Konoza (right) who met Schroeder while working as director of media relations for the Redskins.

Schroeder was a third-round pick in the 1984 NFL draft and began his career with the Washington Redskins. He took over at quarterback for Joe Theismann after he was injured in a game against the New York Giants in 1985, and remained the team’s starting quarterback for the last few games of the season. Schroeder continued as the team’s quarterback for the 1986 season. He was later traded to the Los Angeles Raiders and played there until 1992.

Schroeder was invited to play in this year’s tournament by Louisa Lions Assistant Coach John Konoza, who was director of media relations for the Redskins when Schroeder joined the team. The two have remained friends since.

“I’m honored to come and play [in the tournament],” Schroeder said.

Schroeder has been coaching high school football teams since 2000 and currently works as the quarterbacks coach at Desert Hill High School in St. George, Utah. He knows what it can cost to run a high school football program. He also knows how important sports are to the student-athletes who play them, especially these days.

“In today’s world, kids need something to do,” he said. “They need to get out and see their friends, and sports is a way for them to do that.”

Schroeder, who has played in many golf tournaments across the country for various causes, says the thing he’s looking forward to the most about coming to Louisa is meeting the people.

Meet the head of the armed Black group demanding justice

“I love meeting people and hearing their stories and finding out where they come from,” he said. “You find out that you have way more in common than differences.”

The tournament, which will be held on Oct. 14, serves as the primary fundraiser for the football team, helping them raise money for new equipment, football camps and any other expenses that come up throughout the season. Schroeder is one of 104 golfers that form 26 teams at the tournament.

The main thing that is still needed for next week’s tournament is sponsors. There are several sponsor options available, ranging from $100 to $1,500. Any donations that are made beyond the tournament are appreciated as well, since, with the football season being in the spring this year, there won’t be time to organize another tournament before the 2021 fall season begins in August. The money raised from this tournament will have to provide for the team for two seasons instead of just one.

“We’re going to have to narrow it down to what we need versus what we want,” Konoza said.

Even though the tournament is fast approaching, Konoza says the team will be accepting sponsorships through Oct. 13. Anyone who wants to help out the team beyond that, he says, is more than welcome to do so.

“There’s never a deadline to support Louisa football,” he said.

Anyone who is interested in being a sponsor for the golf tournament, or just helping out the team in any way they can, can reach out to Head Coach Will Patrick at Louisa County High School.

LETTER TO THE EDITOR: Voting for challenger for Congress

LETTER TO THE EDITOR: Church thankful for community support