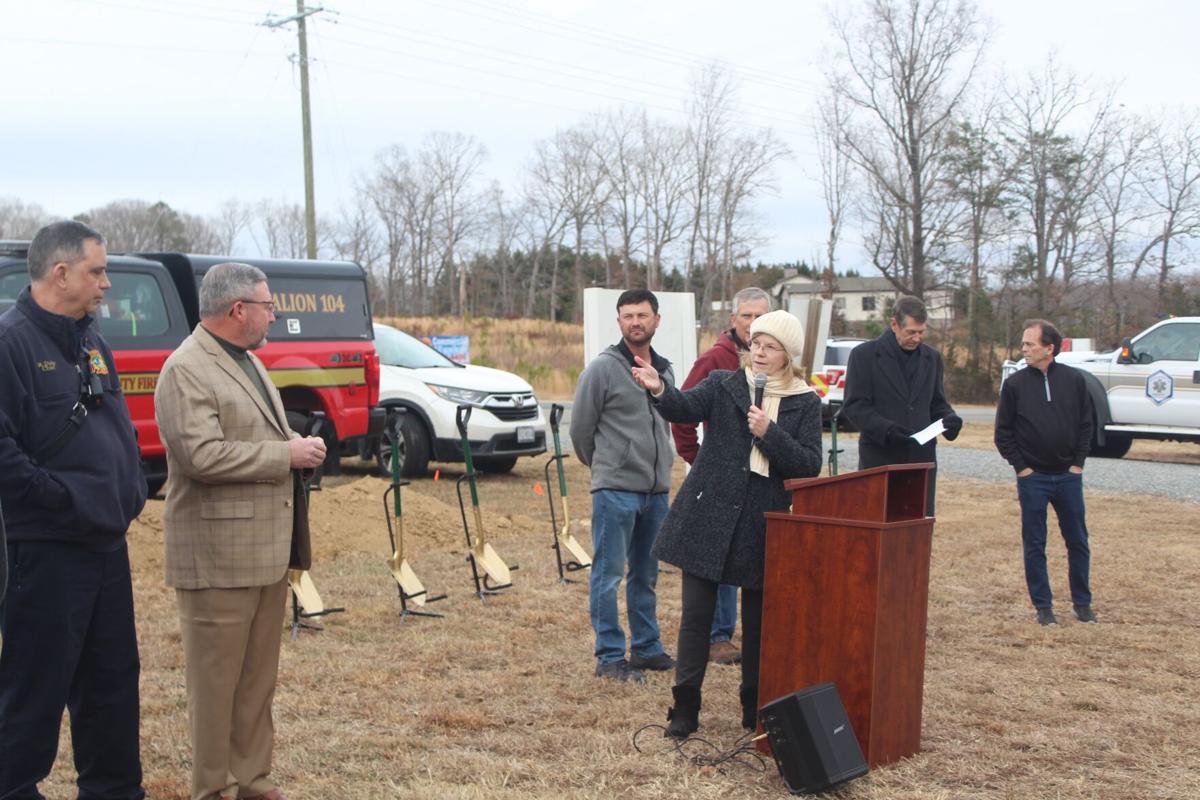 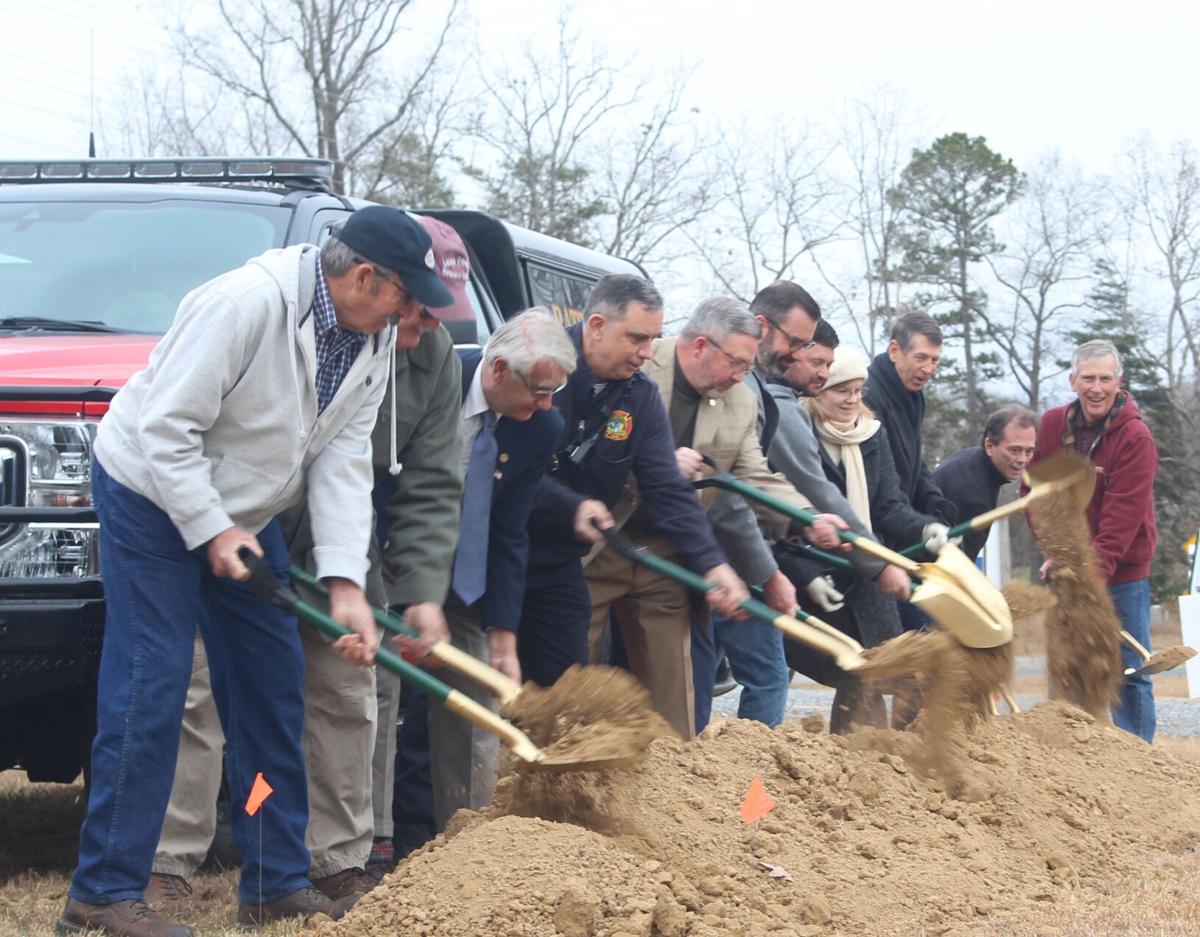 County officials and Lake Anna residents broke ground on Dec. 27 for the New Bridge Road fire and emergency services station. It will be the first such station to be funded almost entirely by county government.

Volunteers from the lake community raised $100,000 to jump-start the project, answering a challenge from Duane Adams, who represents the Mineral District on the Louisa County Board of Supervisors.

The station was originally planned as an emergency services station only, with a price tag of $900,000. The total cost is now estimated at $1.5 million, including the building and site work, with plans to include room for fire trucks along with the ambulances.

County Administrator Christian Goodwin said at the groundbreaking he hoped the station could be built by the summer of 2022. Supervisor Duane Adams (Mineral District) said later that delays in procuring steel could mean the project takes up to 10 months to complete.

While the new station will be staffed by paid staff, county Fire and Emergency Services Chief Robert Dubé said volunteers will be needed, too. Moreover, more funding will be required to outfit the station. Adams gestured to an ambulance and fire truck at the groundbreaking, noting those two vehicles alone represent some $1 million in investment.

'Expose each and every level': Lawmaker makes promise for Jan. 6 hearings

Why House candidate left the GOP

Outgoing Mineral Volunteer Fire Department President Lewis Keller was present at the groundbreaking, along with Lloyd Runnett, the incoming president. The department is donating an engine and tanker truck to the new station.

The effort to build a station in the heart of Lake Anna’s main commercial corridor began in 2016, when a small group of residents formed Citizens for New Bridge/Fire/Rescue. They sought to include the station in the county’s capital improvement budget, noting the long response times for ambulances traveling from the town of Mineral or Lake Anna Rescue Squad in Bumpass.

The number of citizens pressuring the county to take action multiplied in early 2020, leading Adams to make his funding challenge. That led lake residents Jane and Pat Gallagher and several local business owners to form the Foundation for Lake Anna Emergency Services. In a few months the group raised the $100,000, and the supervisors moved forward with plans to build the station in November 2020.

In the past 20 years, the population in Louisa County has grown by 50 percent. The last time a new fire station was built was in 1992; the newest rescue station in 1998.

The dog park that was installed on the 1.5-acre county-owned property on New Bridge Road is being relocated to the Louisa County Animal Shelter on Sacred Heart Avenue, with a probable opening date in March 2022.

LETTER TO THE EDITOR: Credit COVID bill for broadband $$

LETTER TO THE EDITOR: Resident displeased with Mineral town attorney

LETTER TO THE EDITOR: Remember those amendments

Do you think more affordable housing is needed in Louisa County?

A draft regional housing plan was released to the public, including a number of recommendations for affordable rental and ownership options in Louisa.

Every so often, I tell Rick, “I have an idea.” According to my husband, these simple words give him cold chills. You see, Rick is a man who loves his daily routine. He enjoys knowing what to expect and changes are not, shall we say, welcomed with open arms. Am I about to tell him that I want to host an event in our home, go visit my mother, or move the furniture around? He doesn’t know what’s coming, but he is always confident that his routine is about to be rocked in one way or another. Read more

What in the world is more fun than a Christmas parade? Well, dear readers, I’m here to tell you that the answer is TWO Christmas parades, on the very same Saturday! I saw the first parade at noon in beautiful downtown Louisa, and the second at 5 p.m. in Spring Creek at Zion Crossroads. Want to know more? Read on! Read more