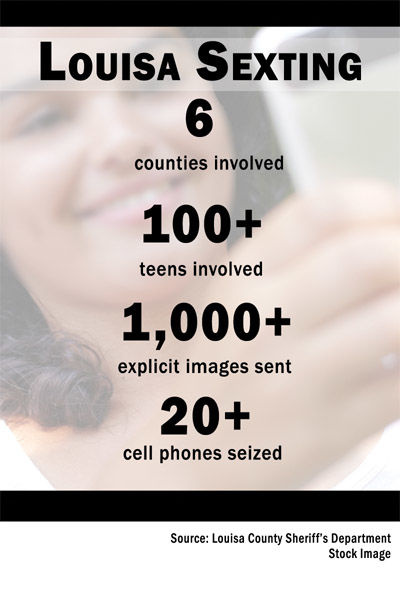 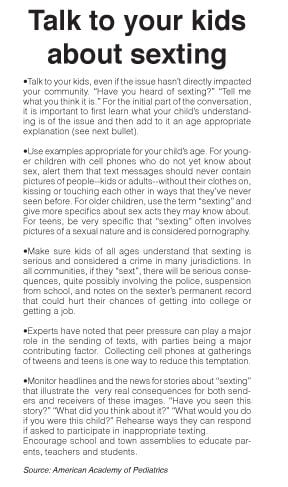 It all started when nude photographs of a  Louisa County 14-year-old girl and two 15-year-olds were posted to the social media site Instagram.

In its investigation, the Louisa County Sheriff’s Office has uncovered over 1,000 photos, a few of them videos, involving Louisa County teenagers.

“Out of those thousand images, there are some of them that are not sexually explicit, but are what we would call inappropriate or provocative—in their underwear,” Major Donald A. Lowe, chief deputy of the Louisa County Sheriff’s Office, said.  “It looks like the majority will be sexually explicit.”

The investigation began on Wednesday, March 26 after a parent reported to a school resource officer that she found suspicious activity on her child’s Instagram account the day before. That evening, the number of nude or scantily clad girls on the site had grown to 16.

School officials and law enforcement both report that there is no evidence that any of the incidents occurred or caused substantial disruptions at school.

“Of course, the Instagram investigation was the catalyst to the sexting investigation, and as we moved into it, it became very obvious to us that it was widespread sexting among these teens,” Lowe said.

The sheriff’s office, with assistance from Instagram, quickly shut down the individual account, but it wasn’t long before a second was launched, and almost as quickly was taken offline by the sheriff’s office. Lowe said the accounts were completely shut down within 24 hours of the incident first being reported.

“The good thing about it, if there is any good about it, was it wasn’t accessible to the general public at large. You had to know where to go. You had to go through several different steps before you would even have access to the information,” Lowe said.  “One of the steps was you had to contribute something. That explains the increases in the photos.   Not all of them were explicit. Some were just inappropriate; some of them were innocent enough.”

In the meantime, the sheriff’s office has seized 23 cell phones that forensics investigators are searching. There could be more as the investigation continues.

But why only 23 cell phones when so many youth are involved?

“Some cell phones disappeared. Some people we didn’t believe had images on their phone, but they were in a picture. Not everybody that was engaged in this had it on their phone,” Lowe said. “Some people received images unknowingly, and when that happened they looked at them and deleted them. There have been several cases of that.”

Deleting explicit pictures when they’ve arrived unsolicited in your inbox is the best thing to do, second only to reporting the information to a parent, school resource officer or the sheriff’s department, according to Lowe.

It’s the sharing of lewd pictures that can get you into a quagmire of trouble that is difficult to climb out of.

“Understanding that nobody wants to be a snitch, especially in that age group, but if they look at it [as if] they are protecting the person who is in the image from themselves, if nothing else,” Lowe said. “So, it should be reported.”

Once investigators have examined each piece of the evidence, they will consider the merits of the case and then decide in which direction they will go when meting out charges.

To read the entire story, see the April 3 edition of The Central Virginian.

LETTER TO THE EDITOR: Support federal funds for fire/rescue

LETTER TO THE EDITOR: Supervisors need to be more creative