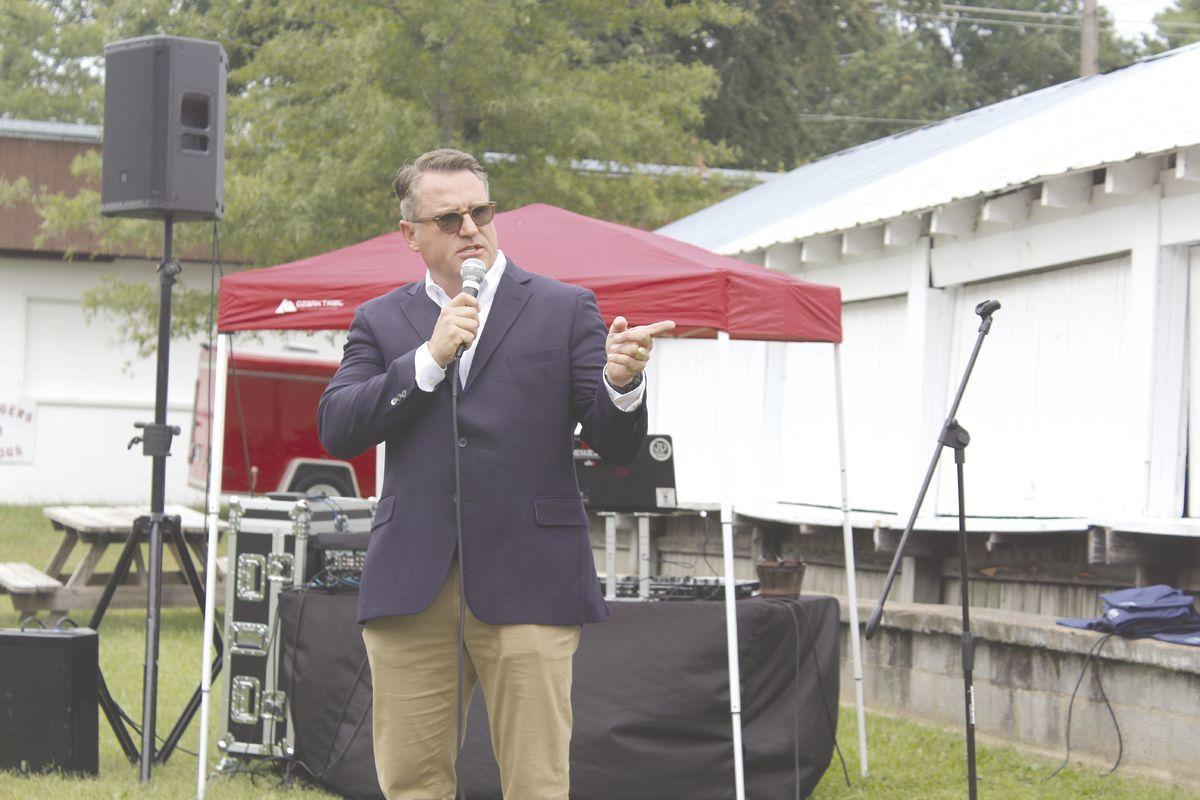 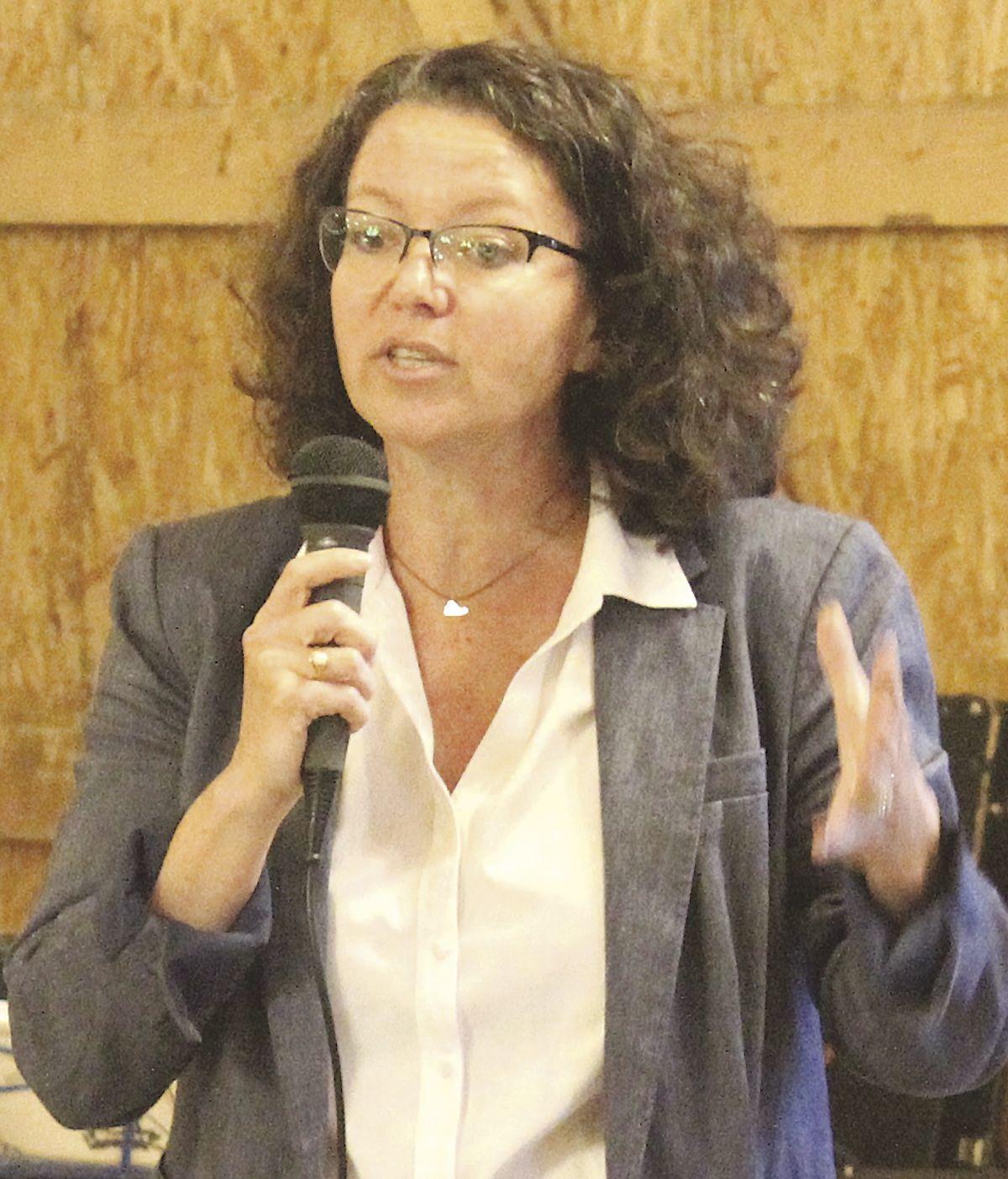 Since he was first elected to the Virginia State Senate in 2011, knocking off a 28-year Democratic incumbent, Bryce Reeves has rarely looked in his rear view mirror.

He followed his easy re-election for a second term by mounting a run for lieutenant governor in 2017. While he lost the Republican nomination, Reeves has remained a key figure for his party in the Senate. He has made his name as a staunch conservative, while sometimes working closely with Democrats.

Now Reeves faces a serious challenge for his seat from Amy Laufer, a former schoolteacher who has outraised the incumbent through multiple campaign finance cycles this year. Laufer raised $206,970 in July and August, while Reeves collected $178,800. The latest round of finance data will be released next week.

Speaking at a rally at the Louisa Firemen’s Fairgrounds on Oct. 6, Reeves sounded worried about the threat he faces. But he said he relished the opportunity to go after Laufer at a debate planned later this month.

“We have to get intensity up in our district, or we lose,” Reeves told the small crowd, which included a group sporting pink shirts that read Women for Bryce. “We can win this, but it’s going to be close.”

The winner of the 17th district Senate race will help redraw legislative and Congressional district boundaries during in 2021. Reeves was eager to emphasize that as he asked his supporters to reach for their wallets.

“If we lose, we will never get another Republican here, because they will redistrict,” he said.

It isn’t just that Laufer is raising more money than Reeves. It’s that the current political moment is a fraught one for Republicans in districts like the 17th, which doesn’t necessarily lean strongly conservative.

“The big challenge for Republicans this election is President Trump—his scandals are not helpful to incumbents on the ballot,” said Stephen Farnsworth, who teaches political science at the University of Mary Washington in Fredericksburg.

He said a recent survey conducted through the university found that Democratic Gov. Ralph Northam’s own scandal from 2018, in which he was accused of wearing blackface at a party in the 1980s, doesn’t appear to be hurting Democrats’ chances with voters.

You won’t see much about Trump on Reeves’ campaign literature or his Twitter feed, unlike fellow Republican John McGuire, who is running against Louisa’s Juanita Jo Matkins for a second two-year term as delegate in the 56th House of Delegates district.

The 17th Senate district includes large rural areas but also the northern suburbs of Charlottesville, the city of Fredericksburg and its suburbs, which make up a large part of the electorate. Farnsworth said suburban voters are less likely to be reliable votes for Reeves.

Laufer is running on hot-button issues like health care, promising to defend the Medicaid expansion passed in 2018 that gave some 400,000 Virginians, and an estimated 1,500 people in Louisa County, access to the federal-state health care program (Reeves voted against it). She said she would work to abolish the work mandate for Medicaid, saying that people who are disabled need to get well first before they can take jobs.

“We know there have been many bills put out there that would allow insurers to not cover people with pre-existing conditions,” Laufer said in an interview last week with The Central Virginian.

“I have carried common sense, bipartisan health care legislation that would lower insurance costs for two years in a row,” he said. “Both bills passed the Senate unanimously with all 40 votes, yet were vetoed by the governor.”

On education, Laufer says she will push to return spending on public schools to the level they were at prior to the Great Recession that began a decade ago, and to raise teacher pay.

“Teachers in Virginia are paid $5,000 less than the national average,” Laufer said. “There are many communities struggling with teacher shortages, especially in science, math and special education. We are all competing with the Eastern Corridor­­—cities like Atlanta—at some level. We’re all trying to recruit. So we should make sure our teachers are paid at least the national average so we can keep them.”

“Certainly funding is critical to our education system, but it’s not just the money,” Reeves said. He pointed to the need to match students’ course opportunities with the demands of the job market.

Reeves touted his collaboration with Sen. Janet Howell, a Democrat from Northern Virginia, to pass his foster care reform bill during the 2019 General Assembly session. Howell helped Reeves find $2.8 million in the budget, the majority of the funds he needed.

“On some issues we can work across the aisle if we have the right leadership,” Reeves said.

Laufer and Reeves are scheduled to debate at the University of Mary Washington on Oct. 29.