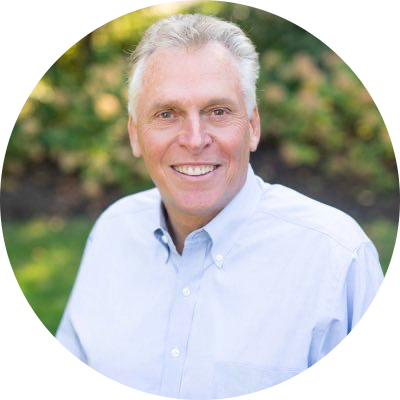 Terry McAuliffe was nominated on June 8 to be the Democratic nominee for governor. 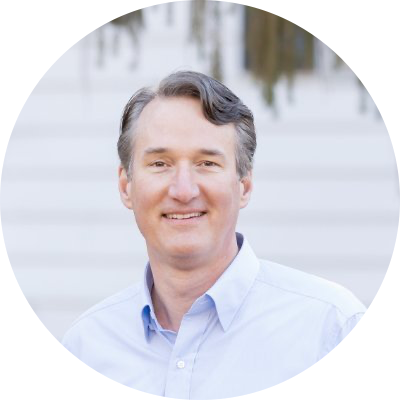 Glenn Youngkin became the Republican nominee to be Virginia's next governor at a convention in Lynchburg on May 8.

Terry McAuliffe was nominated on June 8 to be the Democratic nominee for governor.

Glenn Youngkin became the Republican nominee to be Virginia's next governor at a convention in Lynchburg on May 8.

Democratic voters in Louisa County fell in with their counterparts across the state on Tuesday, nominating Terry McAuliffe for a second term as governor with 66 percent of the vote. They also backed Hala Ayala for lieutenant governor and Mark Herring for a second four-year term as attorney general.

McAuliffe received 62 percent of the primary vote across the state. Jennifer Carroll Foy, who resigned her House of Delegates seat to focus on the governor’s race, placed a distant second to McAuliffe with 19 percent of the county’s votes and 20 percent statewide. She won just one precinct, Yanceyville.

The winner moves on to face Republican businessman Glenn Youngkin, who was nominated for governor at the party’s May 8 convention. Youngkin is a political newcomer, while McAuliffe is seeking to reclaim the job he held from 2013 to 2017. State law bars governors from consecutive terms.

In the lieutenant governor’s race, Northern Virginia Del. Hala Ayala easily won the six-way race with 41 percent of the vote in Louisa. She won 37 percent statewide. Del. Sam Rasoul of Roanoke was second in Louisa and in Virginia at 23 and 24 percent. Rasoul won in the Cuckoo district and tied with Ayala in the Mechanicsville district. Candidates Sean Perryman, Mark Levine and Andria McClellan placed second to Ayala in the Patrick Henry #1 district, Fredericks Hall and Locust Creek districts, respectively.

Ayala’s Republican opponent in November will be Winsome Sears, who was nominated at the May 8 convention. She served in the House of Delegates from 2002 to 2004.

Both McAuliffe and Ayala were endorsed by current Gov. Ralph Northam, giving them a leg up among Democratic voters who generally approve of how Northam has steered the state through the coronavirus pandemic.

The attorney general race was somewhat closer. Incumbent Mark Herring was nominated for a second four-year term, but he only defeated Del. Jay Jones by a 53 to 47 percent margin in Louisa County and 56 to 44 percent statewide. Jones won in the Patrick Henry #1, Yanceyville and Sheltons Mill districts. Jones had been endorsed by Northam.

On the Republican side, convention delegates nominated Del. Jason Miyares of Virginia Beach.

A total of 443 absentee ballots were tallied for the primary, with 186 people voting early in person at the Louisa County Office Building and another 252 returning ballots by mail, according to the Virginia Public Access Project (vpap.org). Eighty-six voters who applied for ballots had not returned them as of June 8, the website reported.

Tuesday was also the deadline for candidates for Louisa County Board of Supervisors and Louisa County School Board to submit paperwork for the November election.

The eight incumbents, including Supervisors Duane Adams, Tommy Barlow, Bob Babyok and Fitzgerald Barnes and School Board members Sherman Shifflett, Gail Proffitt, Deborah Hoffman and Greg Strickland, all filed for re-election. The only challengers are for supervisor in the Patrick Henry and Green Springs districts, where William Woody and Rachel Jones, respectively, will face Barnes and Babyok.

Mineral residents Trish Funkhouser and Jerry Reynolds filed paperwork earlier this year to challenge Shifflett for his school board seat. However, both newcomers have since withdrawn from the race, according to Louisa County Registrar Cris Watkins.

Tommy Runnett and David Lawson have filed for the open seat on the Mineral Town Council. Runnett holds the seat currently; he was appointed by the council after Doswell Pierce resigned.

There will be a race for at least two Louisa County Board of Supervisors seats in the fall, with the entry last week of a challenger to Chairm…

LETTER TO THE EDITOR: Good lesson on traffic stops

LETTER TO THE EDITOR: Stop focusing on race in policing

LETTER TO THE EDITOR: Proposed housing will bring problems