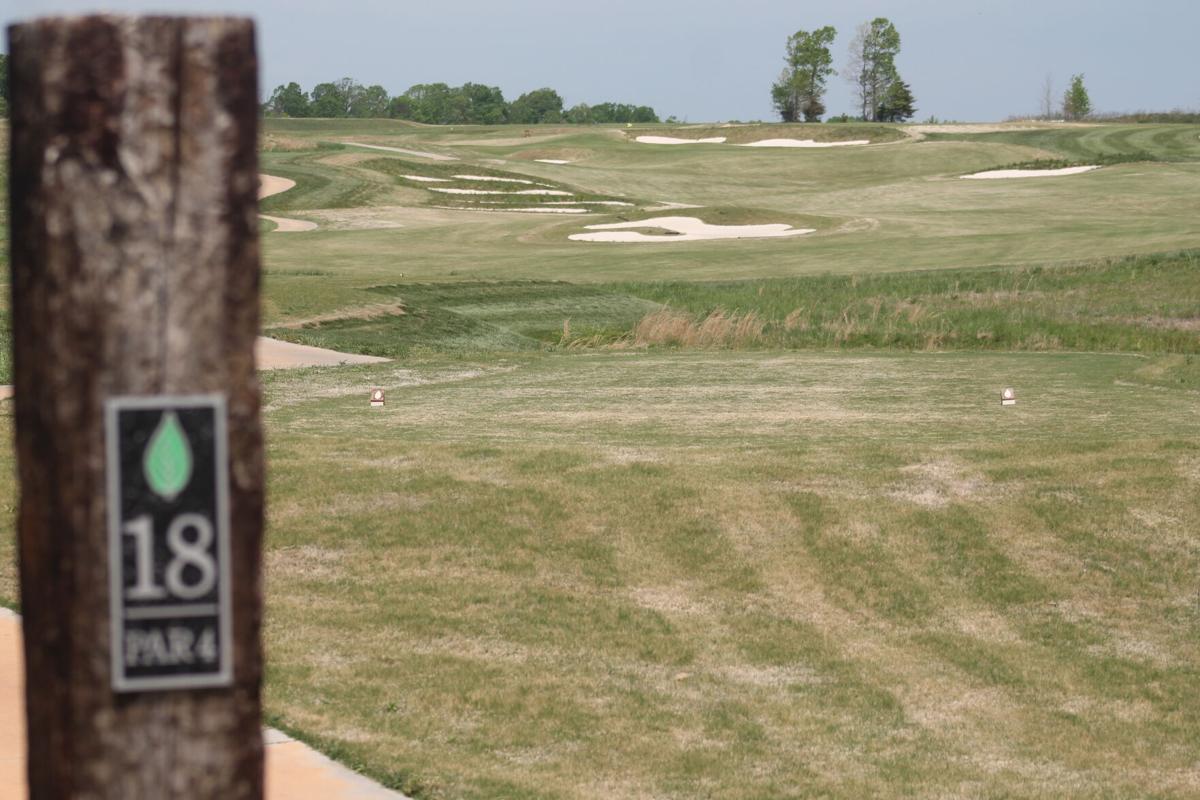 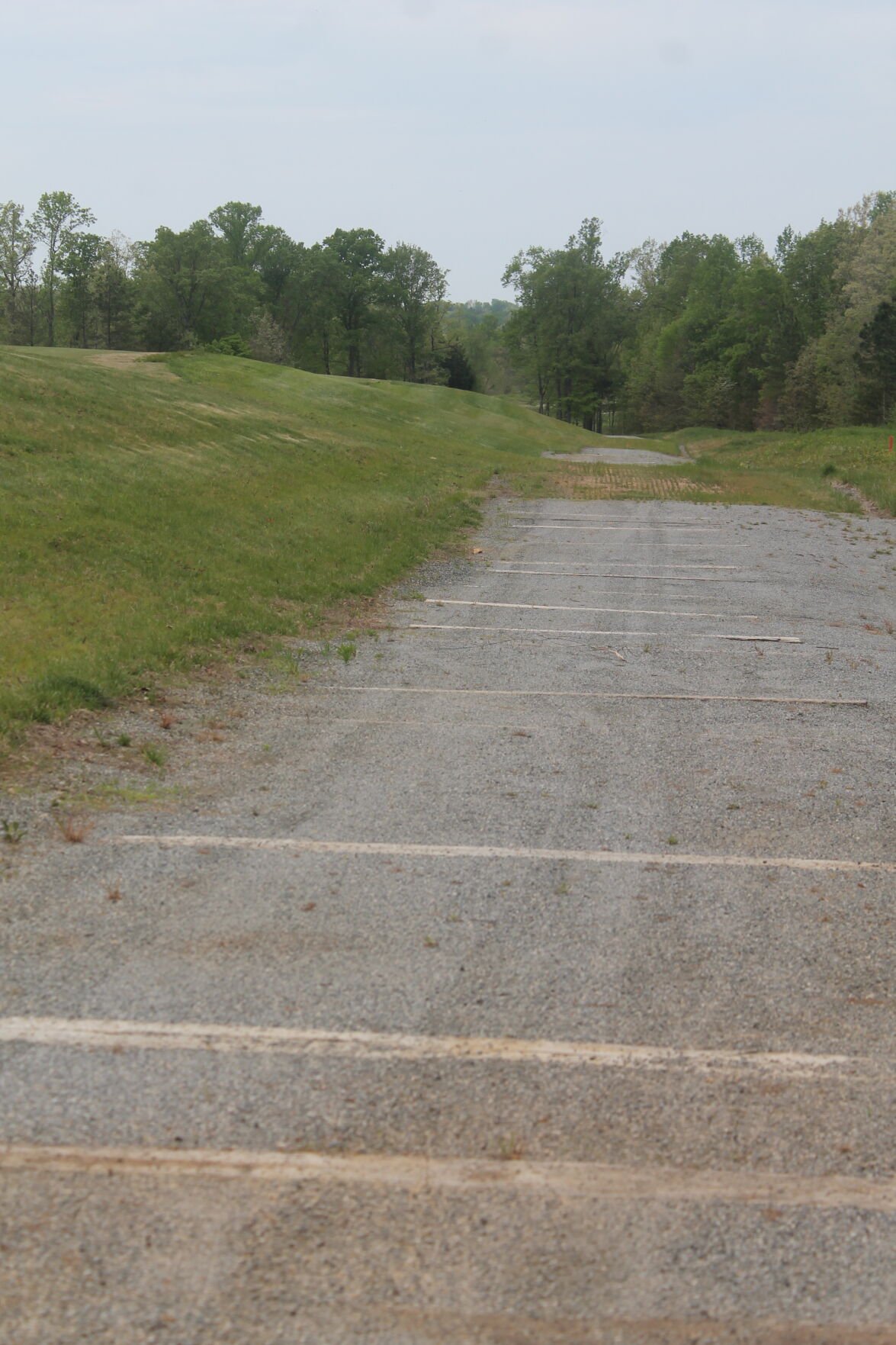 One of the hazards on the 14th hole is a 10-foot deep railroad cutout along the path of a track that was used by the mine. Another portion of the track was incorporated into the third hole. 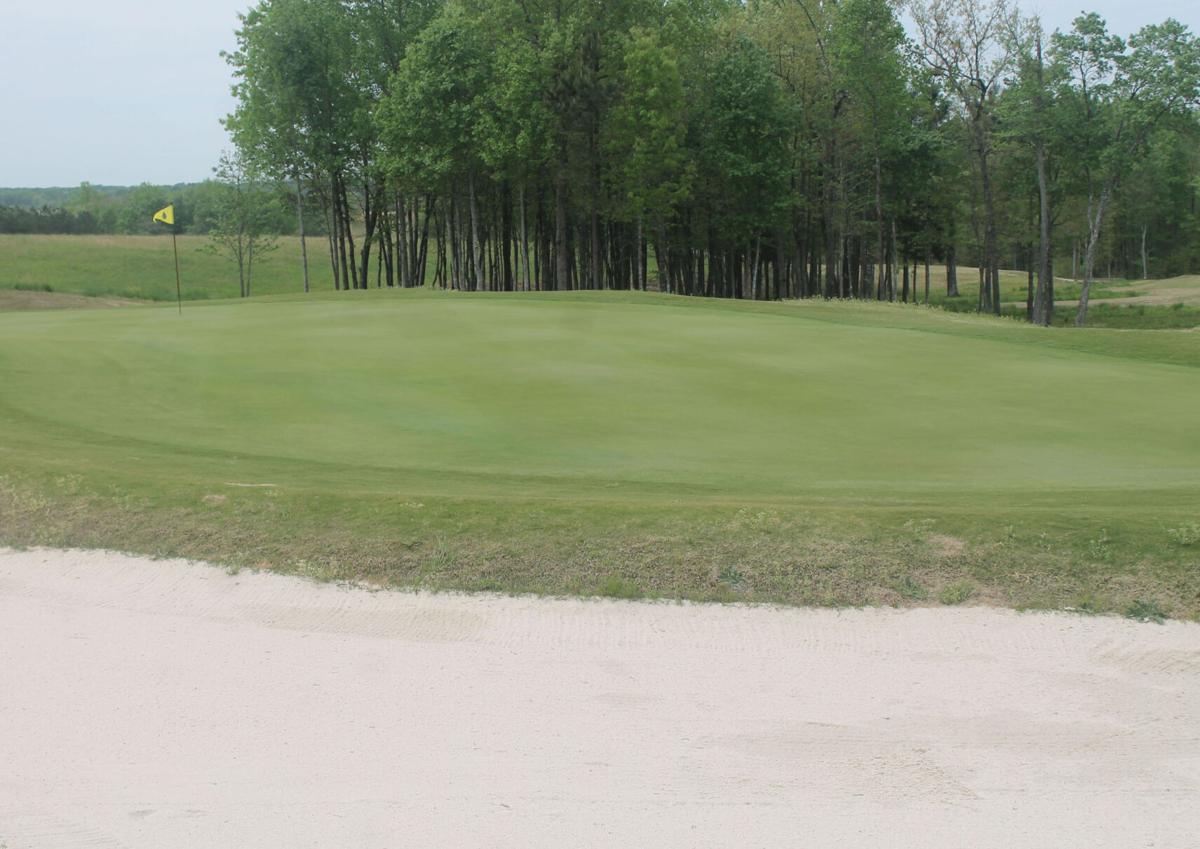 The green on Cutalong’s 11th hole, like many on the course, was modeled after an element from another course. In this case, architect Tom Clark drew inspiration from the seventh green at Burnham & Barrow Golf Club in Somerset, England. 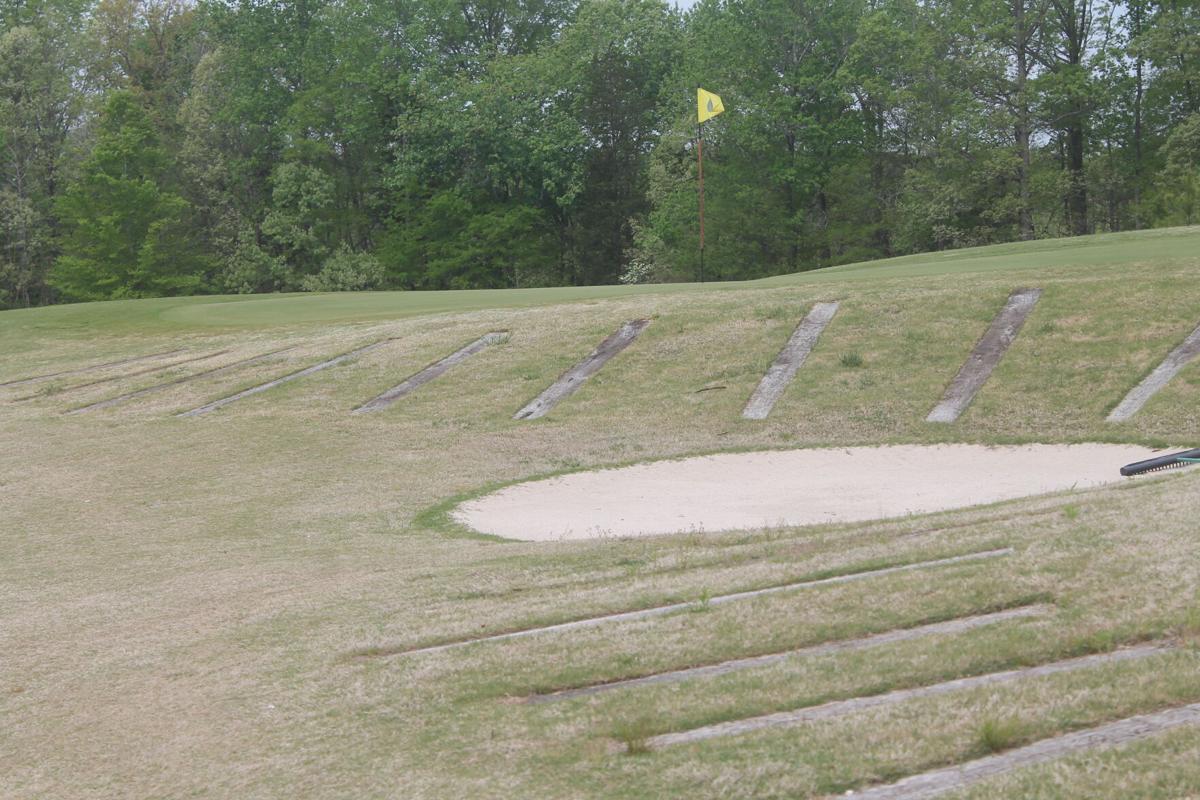 The 14th hole at Cutalong incorporates elements from the Allah Cooper mine which used to operate on the land, such as the railroad ties around the bunkers.

One of the hazards on the 14th hole is a 10-foot deep railroad cutout along the path of a track that was used by the mine. Another portion of the track was incorporated into the third hole.

The green on Cutalong’s 11th hole, like many on the course, was modeled after an element from another course. In this case, architect Tom Clark drew inspiration from the seventh green at Burnham & Barrow Golf Club in Somerset, England.

The 14th hole at Cutalong incorporates elements from the Allah Cooper mine which used to operate on the land, such as the railroad ties around the bunkers.

Cutalong is a private golf club on Lake Anna, part of a larger planned residential community along the lake. The 18-hole golf course was designed by architect Tom Clark with input from Ron Whitten, the architecture editor at Golf Digest. Clark’s design for the course incorporates elements from numerous courses around the world, from Augusta in Georgia to St. Andrews in Scotland.

The course also has elements from the mining operations that used to operate on the land, specifically the Allah Cooper mine, which was in operation from 1859 to 1929. The mine was initially operated for gold and silver and later for lead and zinc.

“The soil here is really high in silver content, so we still have mine ruins scattered about the property,” Noland said. “We fabricated tailing piles from the mines on number three and we have some original tailing piles as well, so there’s a lot of history out on the golf course.”

This combination of inspiration from other golf courses and local history is most prominent on the course’s 14th hole. The layout of the par-5 takes inspiration from the second hole at Talking Stick North in Arizona, the eighth fairway at Prairie Dunes in Kansas and the Road Hole at St. Andrews. A 10-foot deep railroad cut from the Allah Cooper mine runs the length of the fairway on the left to provide an additional hazard for play, as does a mineshaft in the right-hand rough. Railroad ties circle each of the holes’ bunkers in a unique design choice.

The course’s fifth hole also draws some historical inspiration, with its V-shaped green based on from Redan fortresses that were often used throughout the South during the Civil War. Cutalong’s Redan is unique in that it retains a true V-shape, while other Redan greens around the world emulate only one half of the V.

“The beginners are at 4,400 and the professionals are back on the 7,400, so everyone has something to enjoy,” he said.

'Time to pull the plug': Senator wants to move on from bipartisan talks

Interest in playing golf at Cutalong is growing. The club already has 100 members and their feedback on the course has been positive.

“Everyone who plays the course absolutely loves it,” Noland said. “It’s difficult, and it’s definitely challenging.”

One of the things that makes play at Cutalong so demanding is that each hole can be moved around to one of six different spots on each of the greens, which changes the play of each hole from day to day. Playing the first hole two days in a row, for example, could mean up to a 60-yard difference in the distance to the hole.

“The pin positions we can put out here are maniacal,” Noland said. “Just because you hit a shot into the green and you’re there in two doesn’t mean you’re going to make par, or that your next putt is going to stay on the green. We have guys who hit the green and end up hitting a shot from 60 yards on the next one because that’s just how it’s built here. If you’re in the wrong spot, you have the ability to putt the ball into the water and that’s how it goes.”

The golf course is only the first amenity in a larger planned community on the lake. Over the next several years, the property will expand to include a marina, tennis and pickleball courts, a golf clubhouse and a fitness center along with several other amenities and a variety of housing lots.

“We’re still growing,” Noland said. “We have a lot of work to do, but we’re right where we want to be.”

The course will hold its grand opening on July 1, which will put them in the running for the award for best new course in the country for 2022. Noland also expects the course to rank high among new courses in Virginia.

“I don’t see us being outside of the top five [courses] in the state,” he said.

LETTER TO THE EDITOR: This Sunday, give encouragement to law enforcement officers

LETTER TO THE EDITOR: Tallying the ills of the new presidency

LETTER TO THE EDITOR: Let's talk about the truth