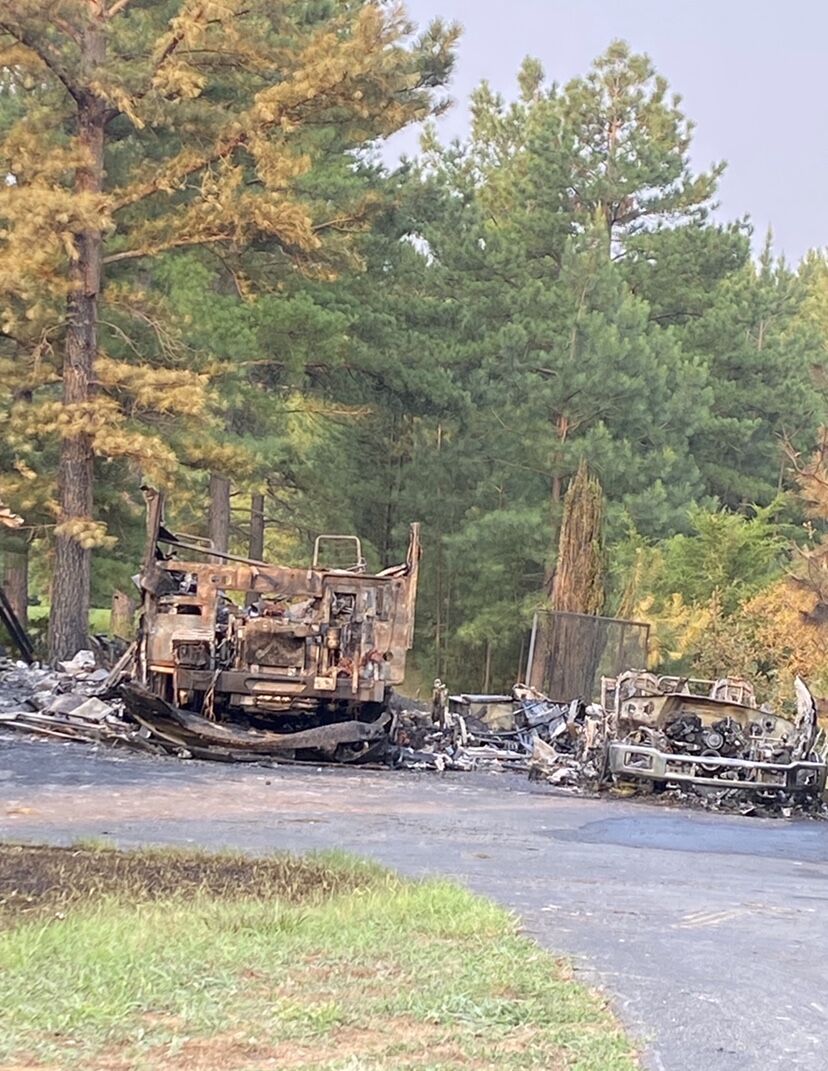 Vehicles in the driveway of a Landover Road home were destroyed by the July 20 house fire. 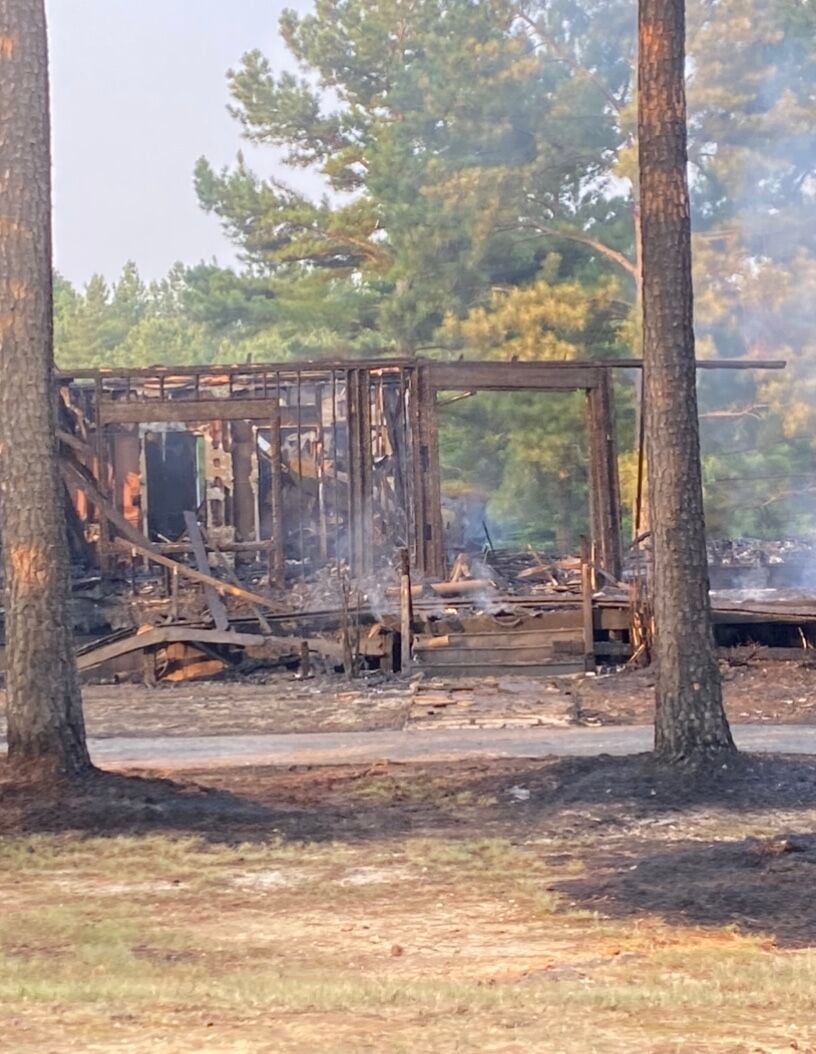 Little was left standing after a fire ravaged a Landover Road home on July 20.

Vehicles in the driveway of a Landover Road home were destroyed by the July 20 house fire.

Little was left standing after a fire ravaged a Landover Road home on July 20.

One person was taken to the hospital on July 20 after a fire destroyed their home on Landover Road, near Zion Crossroads.

They are listed in serious condition, according to Louisa County Fire and Emergency Services Deputy Chief Jonathan Apperson.

The fire was reported around 5:30 p.m. Besides the house, vehicles on the property were also damaged. Smoke was still rising from the rubble early this morning; firefighters returned to the scene to spray water on remaining hotspots. The cause of the fire is currently under investigation, but Apperson said a cooking appliance is suspected.

The fire victim is being treated for smoke inhalation, according to a GoFundMe page set up to raise money in support. The link to that page is here: https://bit.ly/3ryqjzS

LETTER TO THE EDITOR: Worry about inflation

LETTER TO THE EDITOR: Vote for incumbents on cooperative board

LETTER TO THE EDITOR: Why infrastructure matters

How do you grade Nebraska's hire of Trev Alberts as athletic director?

Some summer I am going to take a REAL vacation, where I laze about and read and travel and do nothing more strenuous than feed the dog and mow the grass. I might not even plant a garden. I haven’t had a summer like that since I was a very small child. Between the home garden and the farmwork and Daddy’s sawmill and working on neighbors’ farms, there were no summers off. Read more

My ancestors – Scotch-Irish farmers on one side, Scottish-English border country Jacobites on the other – reached Central Virginia about 250 years ago, and here I am, still not that far from my birthplace. A couple of years back, I spat in a tube and had my saliva tested for DNA, and the results pretty much bore out the family anecdotal history: heavy on the UK, some northern European and Viking genes as one might expect – but there was some news. Read more

GUEST COLUMN: On & Off Earth

While the summer solstice was the longest day of the year, July begins with only three minutes’ less daylight and still a serious need for shade and/or sunscreen. By the time August arrives there will be 39 less minutes of daylight but still, deep into summer, not something anyone is really noticing. Read more

Thoughts from the Crossroads: Grandma Pie

My family was recently reminiscing about past family gatherings when my dear grandmother was still with us. She loved bringing dessert as her contribution, and 95 percent of the time, that meant pie. Mouthwateringly delicious pie! Over time, we fondly nicknamed her desserts “Grandma Pie.” She would blush and say they were nothing special, but to us they were her legacy. Read more