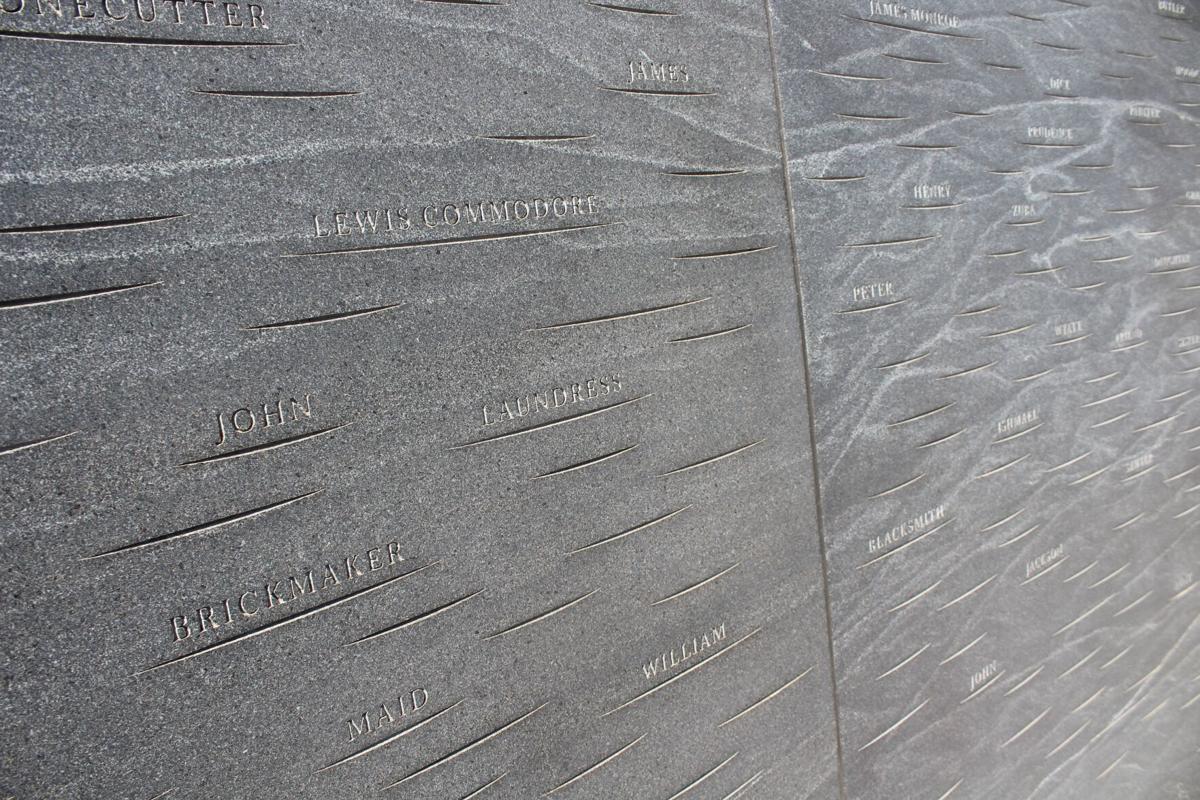 "Memory marks," small indentations in stone below the names of enslaved laborers, are a striking feature of the Memorial to Enslaved Laborers at the University of Virginia. 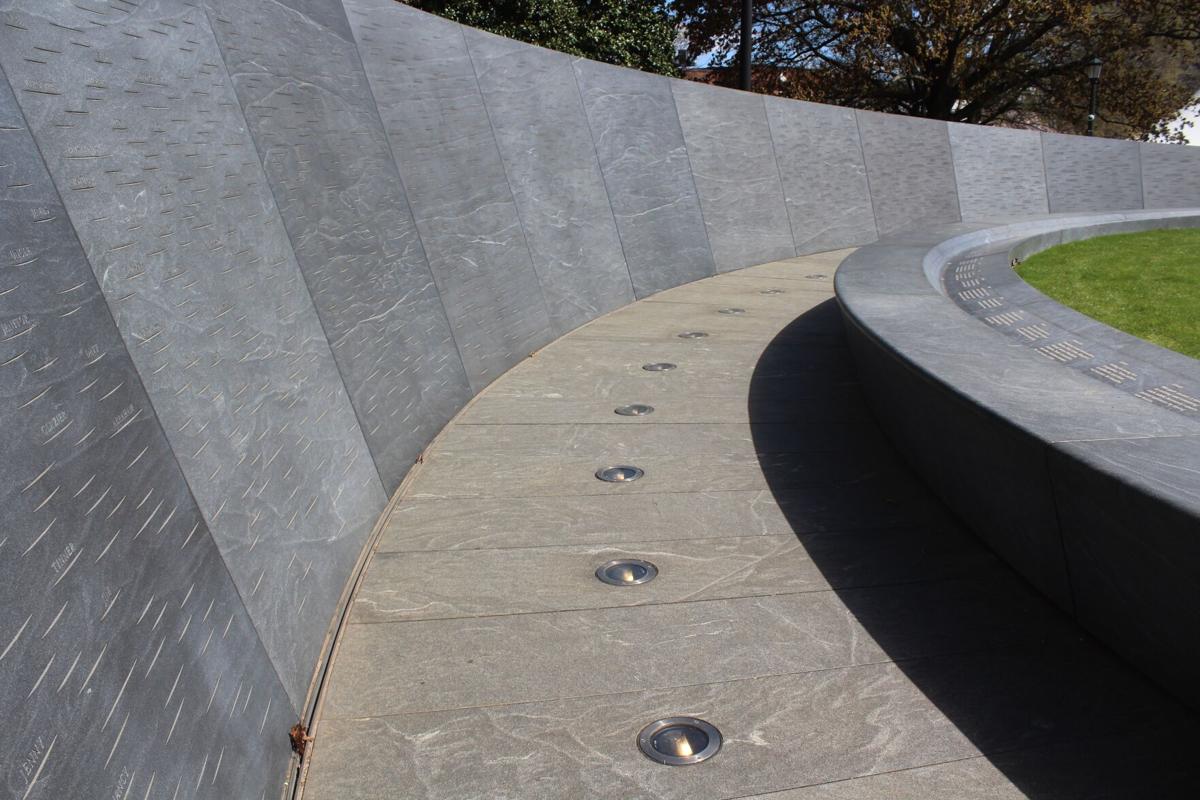 The Memorial to Enslaved Laborers at the University of Virginia in Charlottesville honors the many workers in bondage who helped build the institution before the Civil War. A genealogist is researching the numerous slaves linked to Louisa County who were rented to the school and trying to find some of their living descendants.

"Memory marks," small indentations in stone below the names of enslaved laborers, are a striking feature of the Memorial to Enslaved Laborers at the University of Virginia.

The Memorial to Enslaved Laborers at the University of Virginia in Charlottesville honors the many workers in bondage who helped build the institution before the Civil War. A genealogist is researching the numerous slaves linked to Louisa County who were rented to the school and trying to find some of their living descendants.

As the memorial to enslaved laborers dedicated last weekend at the University of Virginia in Charlottesville makes clear, a number of the slaves who helped build the school had connections to Louisa County.

The monument’s distinctive feature is its use of small indentations in stone below the names of enslaved people, many of whom are known only by a first name and in some cases by a skill, such as blacksmith or stonecutter. On an opposite low wall, visitors read about incidents in the 1820s involving two slaves who escaped their labor at the university and were captured in Louisa, 40 miles away.

Many of these people were rented out to the university by plantation owners in Louisa County. Others moved to Louisa after the Civil War from adjacent counties. Now the school has hired Shelley Murphy to try to find descendants of the slaves who served at UVA. The intent is to first locate descendants and then connect them to scholarship opportunities and other programs at the university.

Murphy, a professional genealogist, has identified a number of family names she can trace to Louisa from records of enslaved laborers. She is also looking to find descendants of plantation owners.

During an online workshop earlier this year cosponsored by the Louisa and Albemarle county historical societies, Murphy said she has identified more than 40 descendants of enslaved workers so far.

She found that one slave named Nelson Price was rented for $18 to the university in 1863 by Egbert Watson, who lived in Albemarle County at the time. The 1870 U.S. Census shows Price, now age 42, living in Louisa County, working as a farm laborer. This was the first Census to list formerly enslaved people.

By studying Watson and Price’s family trees and using tools that help people trace their ancestry online, Murphy found descendants of Price who are living today. It turned out that one of the descendants was using the same ancestry website to do her own research.

“She didn’t know about Nelson, but he was her second great-grandfather,” Murphy said.

Besides university and Census records, Murphy uses many other resources to trace enslaved workers’ backgrounds. One valuable tool is the Mapping the Freedmen’s Bureau website; there were Freedmen’s Bureau offices in the town of Louisa (then known as Louisa Court House) and Gordonsville to help former slaves as they tried to rebuild their lives. By clicking on the Louisa link, Murphy found Nelson Price’s name in an 1866 list of marriages.

Murphy’s research is helping put on paper a history that descendants’ families often knew something about, and giving the university a way to take some responsibility for a dark past.

“We’re confirming what their oral history might have said, and it’s empowering, because the [enslaved family members] survived this horrible time,” Murphy said.

The memorial at the university will eventually have as many as 4,000 names, Murphy said.

LETTER TO THE EDITOR: Observing the National Day of Prayer

LETTER TO THE EDITOR: Volunteers do much to support county