Get 2 FULL YEARS of The Central Virginian delivered to your home PLUS two full years of unlimited access to thecentralvirginian.com.  Only $50.00! 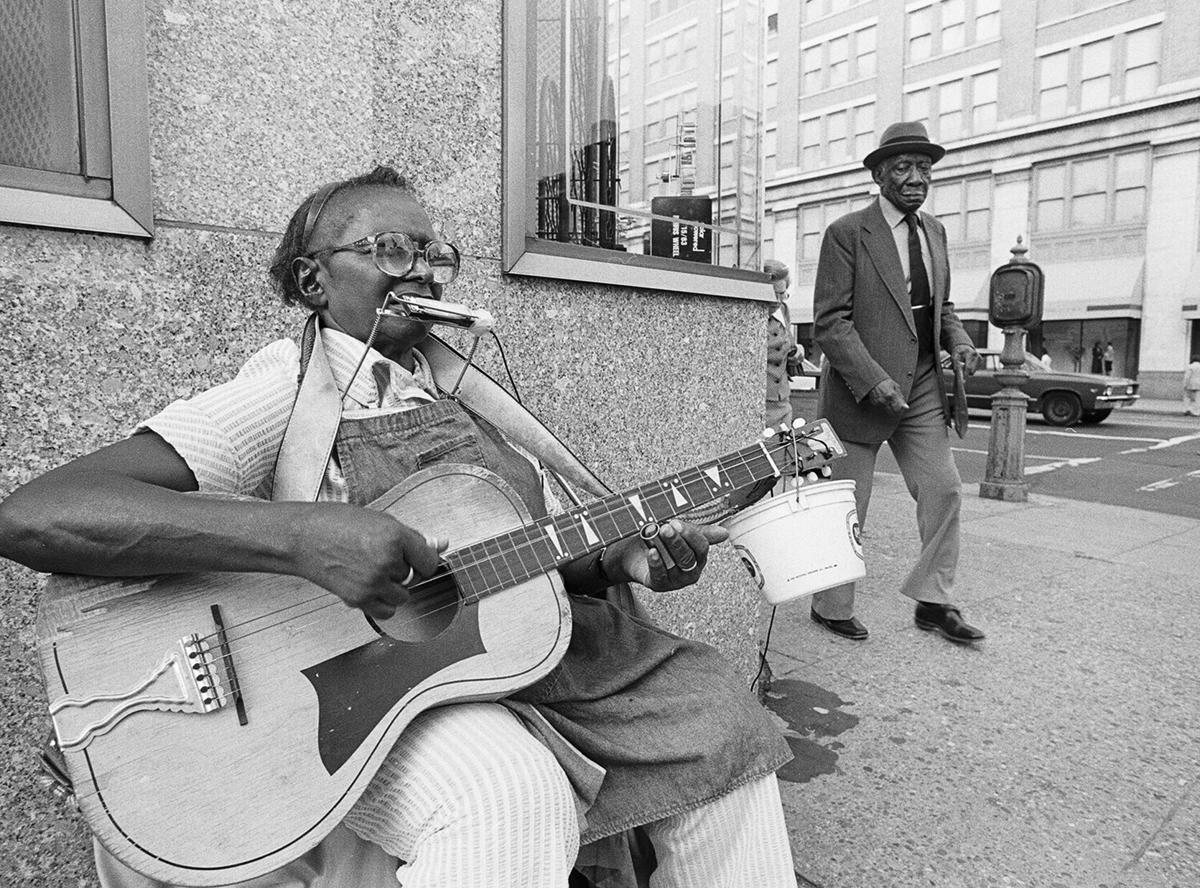 A historical marker in Zion Crossroads tells about Flora Molton, who lived in Louisa County in her younger years and became a street musician in Washington, D.C. 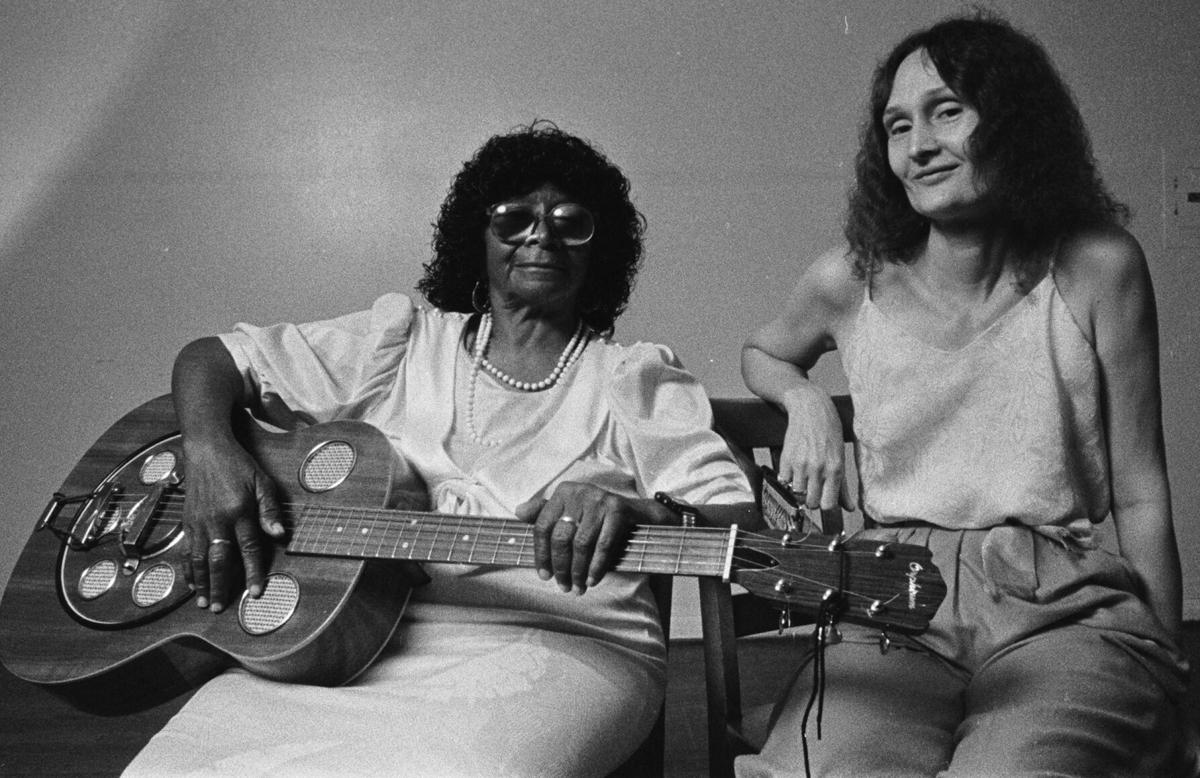 A historical marker in Zion Crossroads tells about Flora Molton, who lived in Louisa County in her younger years and became a street musician in Washington, D.C.

Phil Wiggins remembers listening to Flora Molton on the streets of Washington, D.C. when he was 10 years old and recalls how her voice carried.

“You could hear her voice from two blocks away, above the noise of the traffic,” Wiggins said. “It cut through everything.”

Molton, who died in 1990 at age 82, was a musician who got her start in Louisa County, where she was born and spent her early years singing in church. She moved to Washington when she was in her 30s.

A highway marker on Three Notch Road (Route 250), near the corner of Zion Road (Route 627) in Zion Crossroads, is dedicated in memory of Molton. The marker tells of her music and various achievements performing at festivals and clubs, recording three albums, and being featured in two documentaries. Her plaque maxes out at 103 words, barely enough to scratch the surface of Molton’s rich musical career and life.

Although Molton is often thought of as a blues musician, Eleanor Ellis, a fellow musician and friend who performed with her in the 1980s, said that Molton’s style leaned more toward gospel than the blues.

Although Molton didn’t consider herself a blues player, her style of playing was likely influenced by the blues, Wiggins said. Instead, Molton described her musical style as “spiritual and truth” music, which explored themes of faith and the realities of life.

“She did gospel songs and then she did what she called ‘Truth’ songs,” Wiggins said. “She was an amazing songwriter. She wrote about the world, how to navigate through life, and about her life and the struggles she went through and how she dealt with them.”

One such “Truth” song was originally titled “Sun’s Gonna Shine in Vietnam Someday,” which Molton wrote in response to the Vietnam War:

Wiggins and Ellis still play this song sometimes, citing it as one of their favorites. They renamed it “Sun’s Gonna Shine Some Day,” to emphasize its long-lasting relevance to society.

“There is still war going on. There is still unrest going on; there is still struggle and the killing of Black and Brown people by people under the color of authority,” Wiggins said. “Hopefully, one day, that will come to an end. Unfortunately, the song still has applications today.”

Molton was born partially blind, and Wiggins and Ellis said she moved to Washington, D.C. to get job training specific for the vision impaired. Washington became her home and where she started to build her career as a street performer.

Ellis said Molton faced a lot of challenges from D.C. law enforcement who would accuse her of being a beggar and tell her to go home.

“She’d cry and pray and go back out again,” Ellis said. “That’s the kind of determined spirit she had. As time went on, people began to expect her to be there [on her usual street corner], and she got more than acceptance.”

Wiggins, who would see Molton as a child when he went downtown with his sister, was one of those people.

Wiggins and Molton’s paths crossed again years later when Wiggins became a harmonica player. Molton invited him to play with her at a Smithsonian Folklife Festival, which Wiggins said was a great milestone for him.

“She taught me so much, but as a musician, she taught me the importance of being a good listener,” Wiggins said. “Being a street musician, she had songs that she did, and she played them at her own pace. You had to pay attention or you would get lost.”

She taught Ellis a similar lesson when they started playing together.

“I was playing and, all of a sudden, I realized we weren’t in the same place in the song,” Ellis said. “That taught me a real good lesson that the singer is the one to pay attention to. That’s who calls the shots — if she wants to go on a little longer or a little shorter on a certain measure, you follow.”

Ellis and Molton became more than colleagues; they also became friends while performing together on a stage and the memories that came with their shared experiences. Molton sang, played the guitar, hurdy gurdy, and tambourine, which she played around her foot.

“Her foot fit perfectly in the middle of a tambourine, but in order to get it out, I would have to pull it off,” Ellis said. “She was a lot of fun to be with.”

Molton became a beloved part of D.C.’s rich musical soundscape. When she passed away in 1990, The Washington Post wrote about her life and dedication to filling the city’s streets with “husky, musical moans.”

Now, Ellis and Wiggins both perform Molton’s songs from time to time, keeping her “spirit and truth” alive through her music to those willing to listen.

When the first American president stayed in Louisa

Built in 1742, Jerdone Castle is as old as Louisa County itself. Since then, it’s moved through time and is not only a piece of local history …

Stop the nonsense about who won

Nation is stronger than four years ago

Getting facts straight about the president