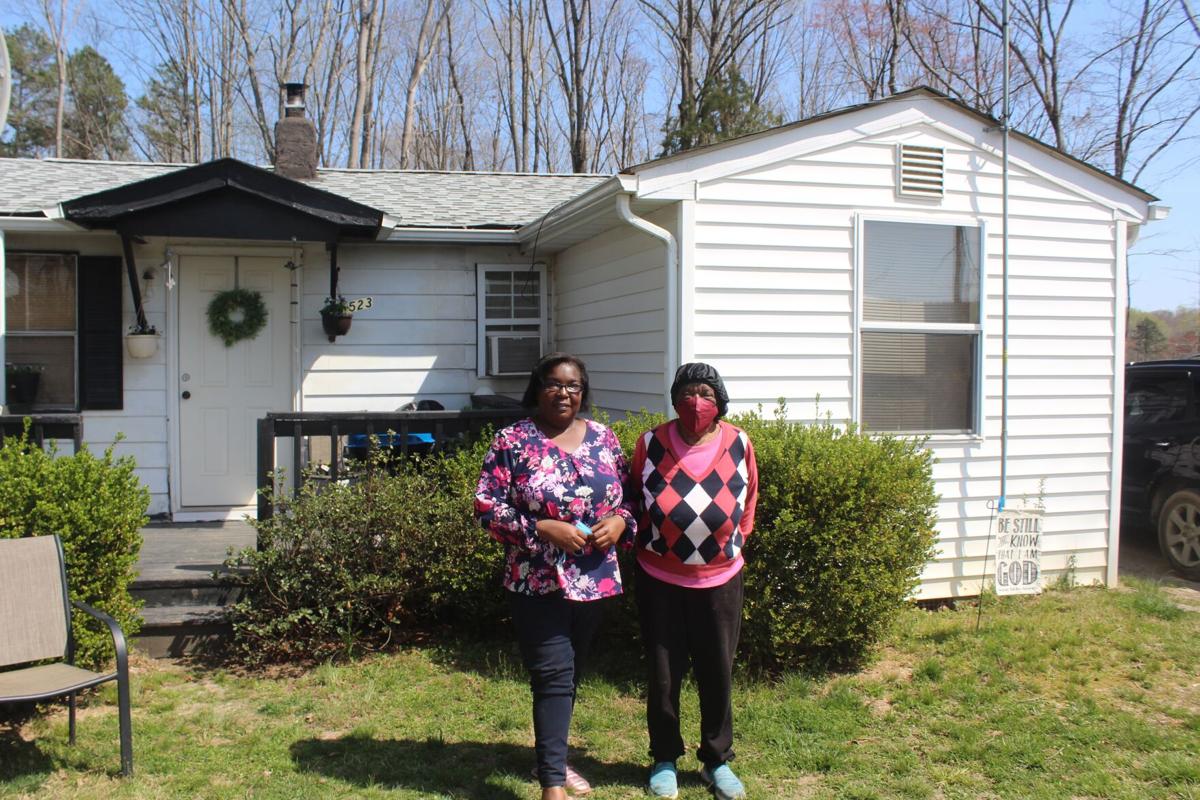 Theresa and Alberta Coffey in their front yard. Fifty feet to their left are the fence and trees meant to shield them from the asphalt plant next door. 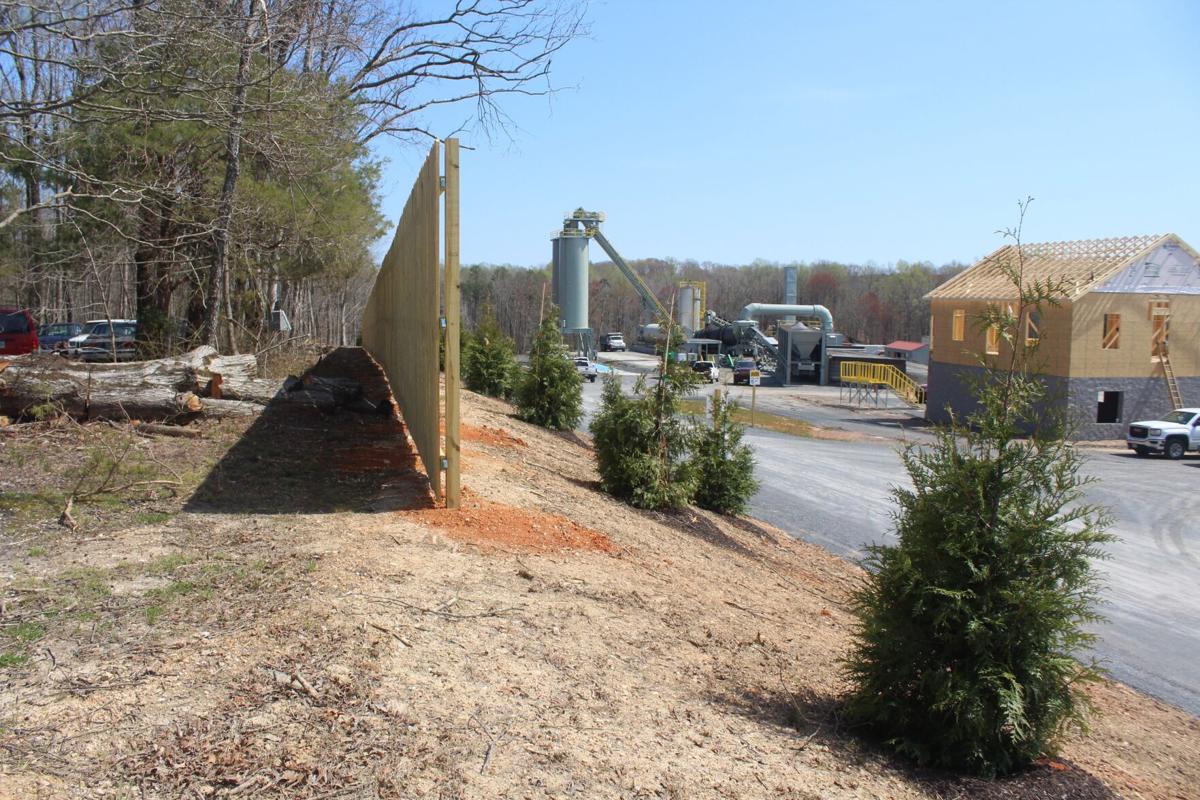 Fifty feet to the left of Theresa and Alberta Coffey's front yard are the fence and trees meant to shield them from the asphalt plant next door. 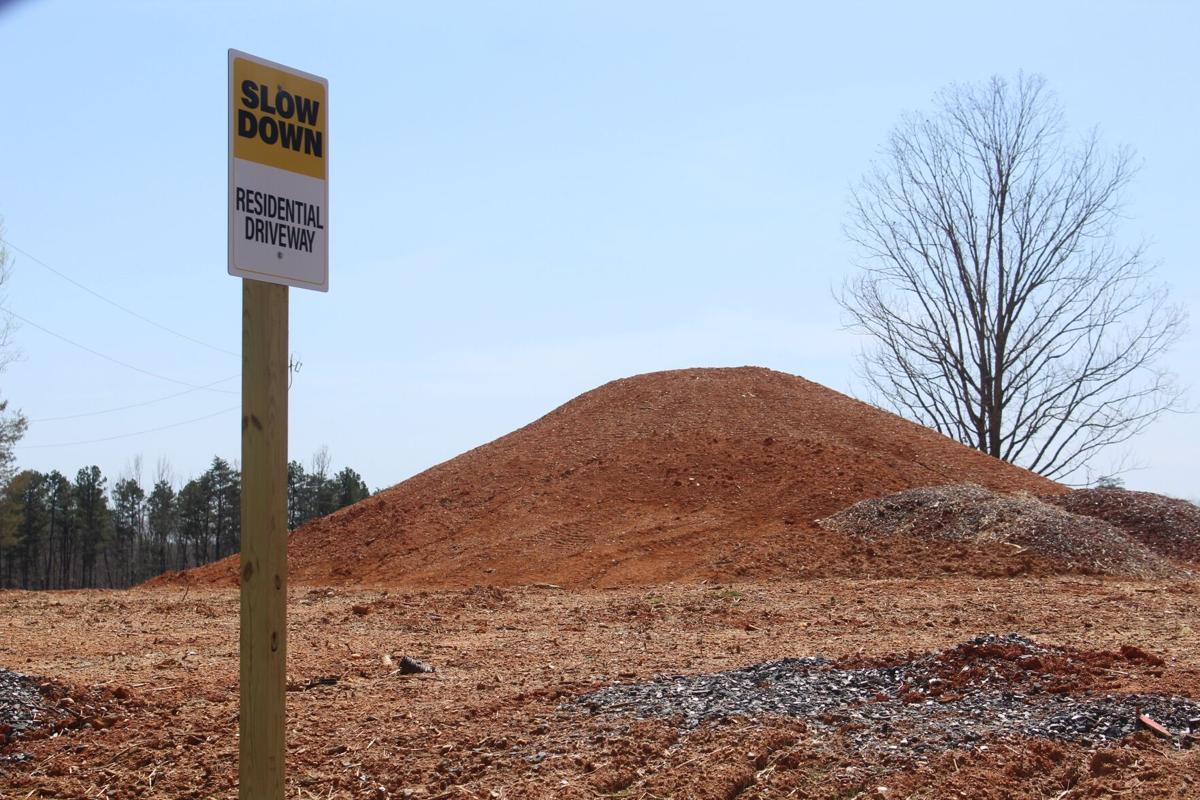 A sign advises truck drivers to slow down as they approach the Coffeys' home and the entrance to the asphalt plant on Midway Lane.

Theresa and Alberta Coffey in their front yard. Fifty feet to their left are the fence and trees meant to shield them from the asphalt plant next door.

Fifty feet to the left of Theresa and Alberta Coffey's front yard are the fence and trees meant to shield them from the asphalt plant next door.

A sign advises truck drivers to slow down as they approach the Coffeys' home and the entrance to the asphalt plant on Midway Lane.

Few people in Louisa County can claim to have seen as much dramatic change on their doorstep as the Coffey family.

In 1970, eight years after Harold and Alberta Coffey built their house on a one-acre lot at the end of Midway Lane, Interstate 64 opened for motorists 300 feet from their backyard.

Despite that sudden disruption, the surrounding landscape remained largely forested, and life went on pretty much as it had before. Even when Faulconer Construction built a facility on nearby Three Notch Road (Route 250) in 2014 to store its trucks, the Coffeys hardly noticed it.

Then in 2019, Boxley, a company that makes asphalt to pave roads, was granted a rezoning from the Louisa County Board of Supervisors from agricultural to industrial for the property on the opposite side of the Coffeys’ place. The Lynchburg-based firm and Faulconer acquired and tore down two other houses on Midway Lane to make way for the relocated road, the asphalt production facility, a 65-foot-tall storage silo and numerous material stockpiles.

“I think they thought my parents would just up and move,” said Theresa Coffey, Harold and Alberta’s daughter, who moved in with her mother last year after Harold passed away. “But Mom’s not going to sell. She’s worked too hard for this.”

As Boxley prepares to begin operating this month, an eight-foot-tall wooden fence is all that separates the plant from the Coffeys. The company fulfilled the county requirement to install a 25-foot landscaped buffer, but the trees it planted will take several years to reach a decent height.

Boxley added the 240-foot-long fence in response to a request from Theresa, who has been on the telephone frequently with Ken Arthur, the company’s director of asphalt plants.

“I know the Coffeys are unhappy we’re there, and all I can say is we’ve offered to be the best neighbor we can be,” Arthur said this week. “We want to be as good a corporate citizen as possible.”

Besides the fence, the company installed signs restricting truck drivers’ speed to 15 miles per hour and barring noisy tailgates and air brakes. The noisiest part of the asphalt plant is located about 350 feet from the Coffeys’ house.

“They will definitely be able to hear it,” Arthur said. “We’ve never had a noise complaint [at other Boxley facilities], so we don’t really know what our sound will be. This is the first time we’ve had noise testing done.”

Vibra-Tech Inc. was hired to test sound levels in several locations along the edge of the Coffeys’ property and to advise Boxley on ways to mitigate noise if needed. Arthur said the noise should not exceed 64 decibels, just below the maximum permitted in the agricultural zoning district. He added that work should end by 6:30 each evening, after the last trucks leave with fresh asphalt.

During the plants’ first year of operation, two trucks will enter and exit the asphalt plant each hour, Arthur told the board during a public hearing on the rezoning in 2019. By year three, that number is expected to double.

As for emissions from the plant, Arthur said improvements in technology mean that in a year, an asphalt plant produces no more emissions than 13 residential fireplaces.

Theresa Coffey said she didn’t receive a notice from Louisa County officials when the rezoning process began in 2019, as required by law. She said she found out some time later what was happening from a notice posted on a tree along Midway Lane. County staff did not respond by press time to a request to confirm whether the Coffeys were mailed the rezoning notice.

With her living room a stone’s throw from the plant, Coffey will have no trouble keeping an eye and ear on whether Boxley is meeting its obligations to minimize noise and other disruptions.

“I’m going to be on top of it, because I’m persistent,” she said. “I have to look out for my family.”

Editor's note: After this article was posted, Louisa County officials confirmed that the Coffeys were mailed the rezoning notice. Because it was sent certified mail, someone had to be present at the house to receive it. The notice was returned to the sender.

LETTER TO THE EDITOR: Support federal funds for fire/rescue

LETTER TO THE EDITOR: Supervisors need to be more creative