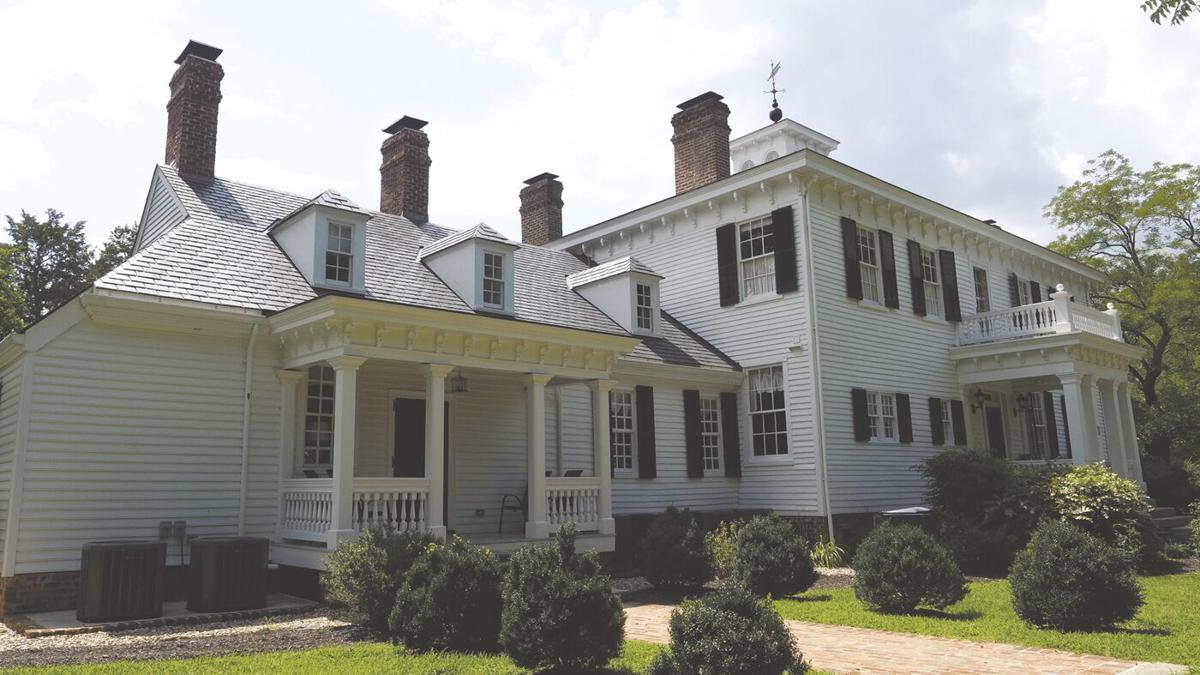 Jerdone Castle, located on Lake Anna off of Moody Town Road, hosted President George Washington in 1791. He stayed in the original house, pictured at left. The addition at right was added in 1853. 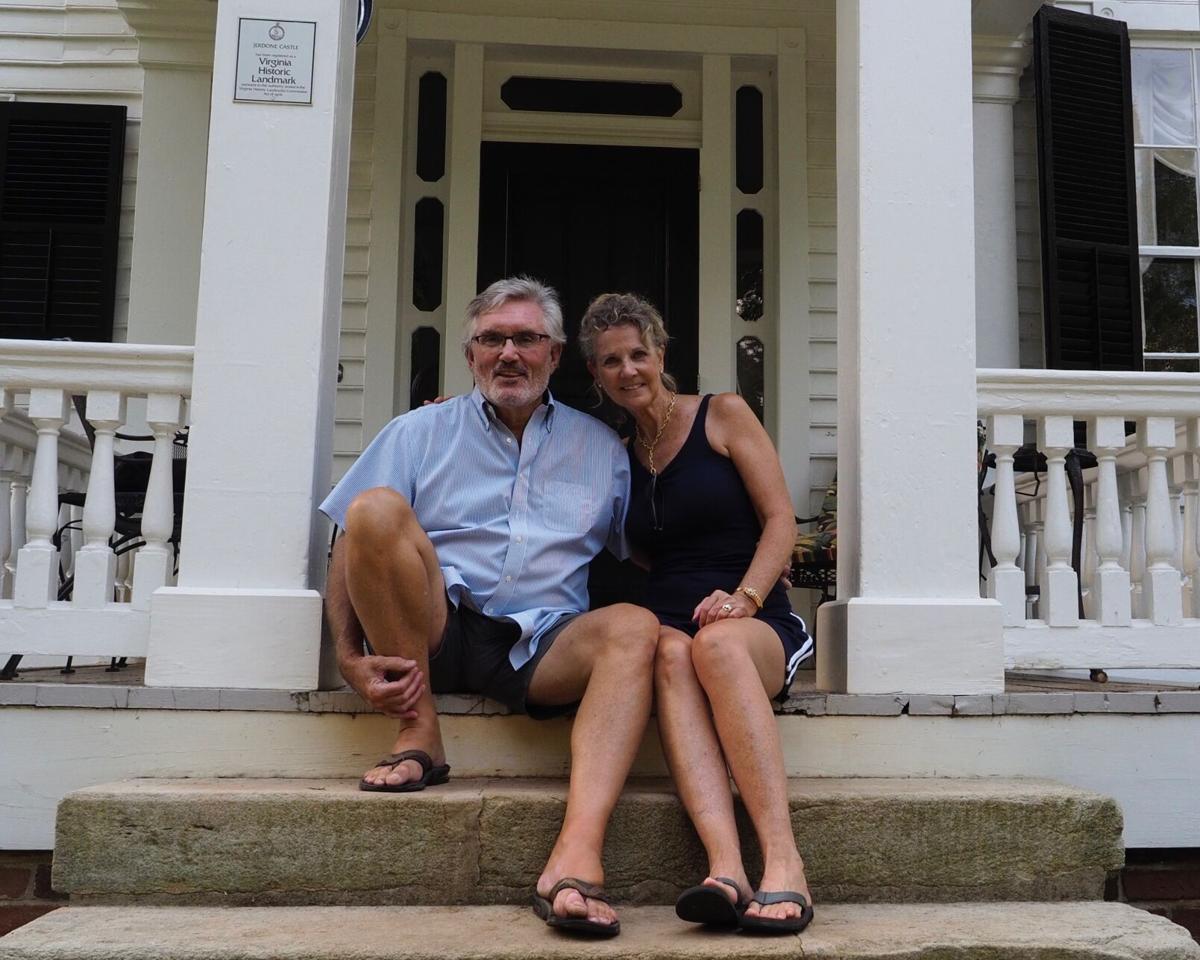 John Beardsworth Jr. and his wife Judy bought Jerdone Castle in 1998, after the house had not been lived in for more than 30 years. 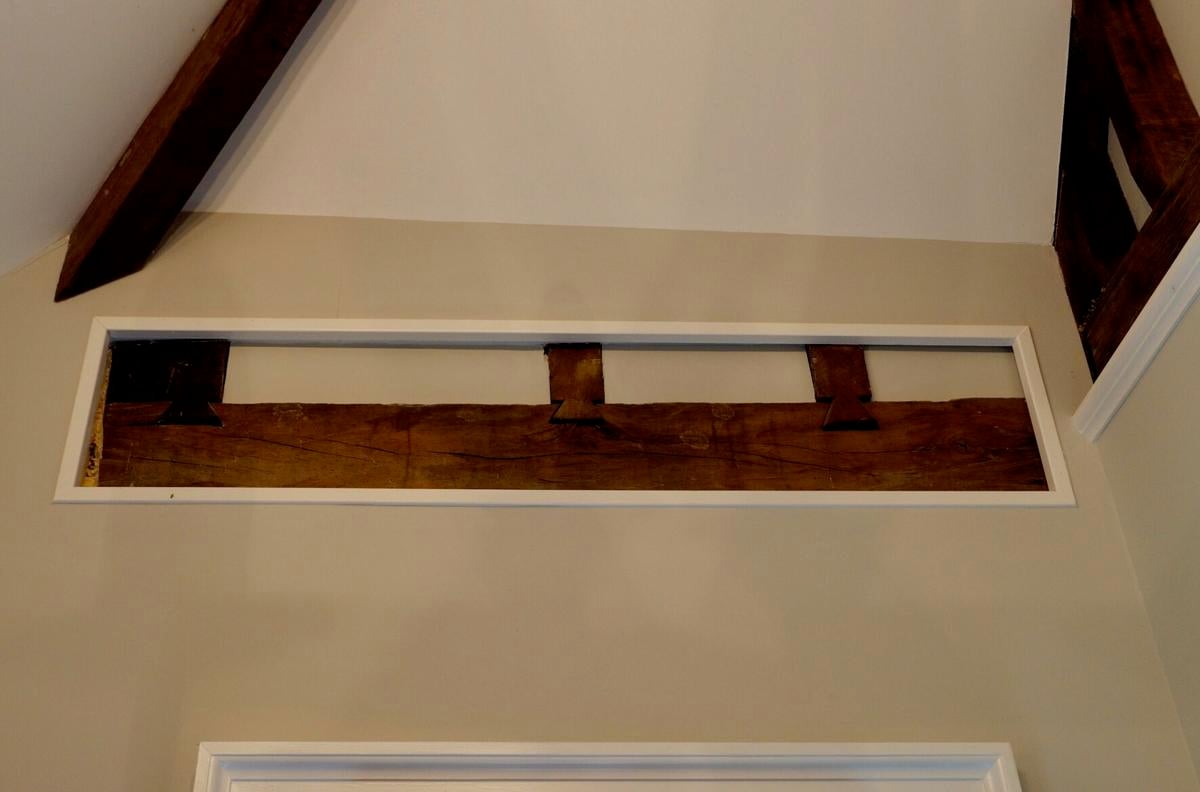 A dovetail joint in an exposed section of a wall shows part of the original structure of Jerdone Castle from 1742.

Jerdone Castle, located on Lake Anna off of Moody Town Road, hosted President George Washington in 1791. He stayed in the original house, pictured at left. The addition at right was added in 1853.

John Beardsworth Jr. and his wife Judy bought Jerdone Castle in 1998, after the house had not been lived in for more than 30 years.

A dovetail joint in an exposed section of a wall shows part of the original structure of Jerdone Castle from 1742.

Built in 1742, Jerdone Castle is as old as Louisa County itself. Since then, it’s moved through time and is not only a piece of local history but also has been recognized as a site of national importance many times over.

This marker will remember President George Washington’s stay at Jerdone Castle during his 1791 campaign through Southern states including Virginia, the Carolinas and Georgia. Through this tour, he aimed to “gauge public opinion, better understand regional differences, and bolster support for the federal government,” according to the highway marker’s text.

John Beardsworth Jr. and his wife Judy bought Jerdone Castle in 1998, after the house had not been lived in for more than 30 years. They say the house was in poor condition, with significant termite damage and overgrown weeds, and was in need of structural repair.

“Anything of value had been taken out of it,” Judy Beardsworth said. “It was really in shambles.”

Despite the state of the house, the Beardsworths were committed to restoring the house to what it once was, keeping as much of the original structure as possible and displaying its architectural anatomy with cut out displays throughout the house.

“The goal was to restore it as close as we could to how it would have been back then,” John Beardsworth said.

Beardsworth enjoys learning about history, and when he discovered the house’s story, he felt compelled to make his findings accessible with highway markers.

“I’m one of those people who pulls over when they see highway markers,” he said.

Highway markers are not chosen by the state government but rather are proposed by individuals and organizations. The Beardsworths sponsored the site’s first highway marker in 2010, recalling the site’s connection to writer Ellen Glasgow, who mentioned spending her childhood summers there in her book, “The Woman Within.” This marker also informs passersby that the Jerdone Castle property originally extended to 1,100 acres of land, most of which is submerged under Lake Anna.

But John Beardsworth felt there was more history to tell.

The process to get a highway marker site approved can take months, depending on how much documentation is provided with the proposal. Before Beardsworth’s proposal could be approved, he had to provide documents to verify the historical event and work with an historian to vet the site and finalize the marker’s text.

A highway marker for Washington’s 1791 tour has been on Beardsworth’s mind since 2011. He submitted the proposal with documents needed for verification in October 2019, aiming to get it approved in March 2020 and set up on June 9, the date of Washington’s stay. However, the Covid-19 pandemic has put things on hold until further notice.

Randall Jones, DHR public information officer, said Virginia has the oldest highway marker program in the country, dating to 1927. Its original function was to promote tourism to stimulate the local economy. While that’s still a function, the markers also educate those who stop to read them.

“The markers are important educational, informative [tools] to increase public awareness about what’s going on or what has happened in a community,” Jones said.

He also said that markers serve a different purpose than monuments and statues, which are honorific in nature.

“They [markers] are educational—they’re not monuments,” Jones said.

The original Jerdone Castle highway marker can be viewed at 1779 Moody Town Road.

New life for an old house

An old brick house on West Street in the town of Louisa that was in a rapid state of decay has a fresh look these days.

LETTER TO THE EDITOR: Spanberger not a moderate

LETTER TO THE EDITOR: Freitas understands the internet challenge

LETTER TO THE EDITOR: Lemonade relief in Holly Grove