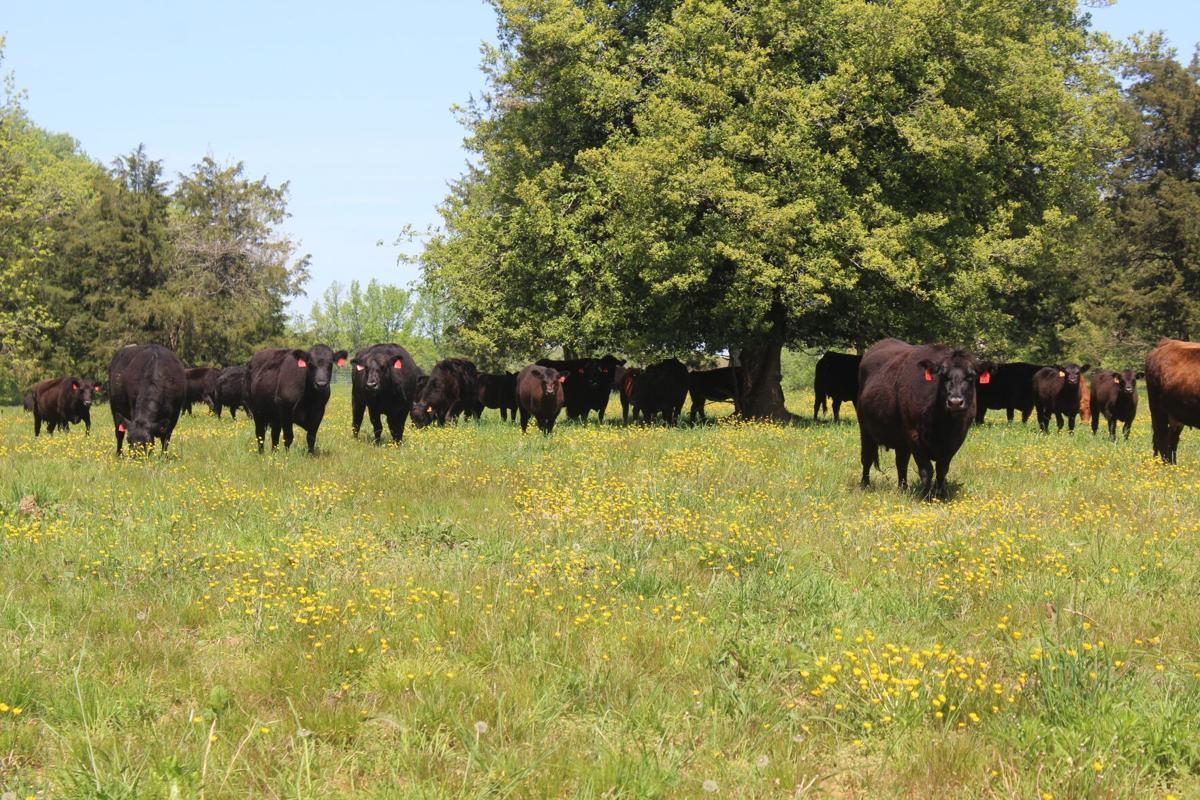 On their 625-acre farm along Elk and Millpond creeks, Bill Morris and his family fenced their cattle out of the lake, then implemented rotational grazing to give the grass time to grow well. 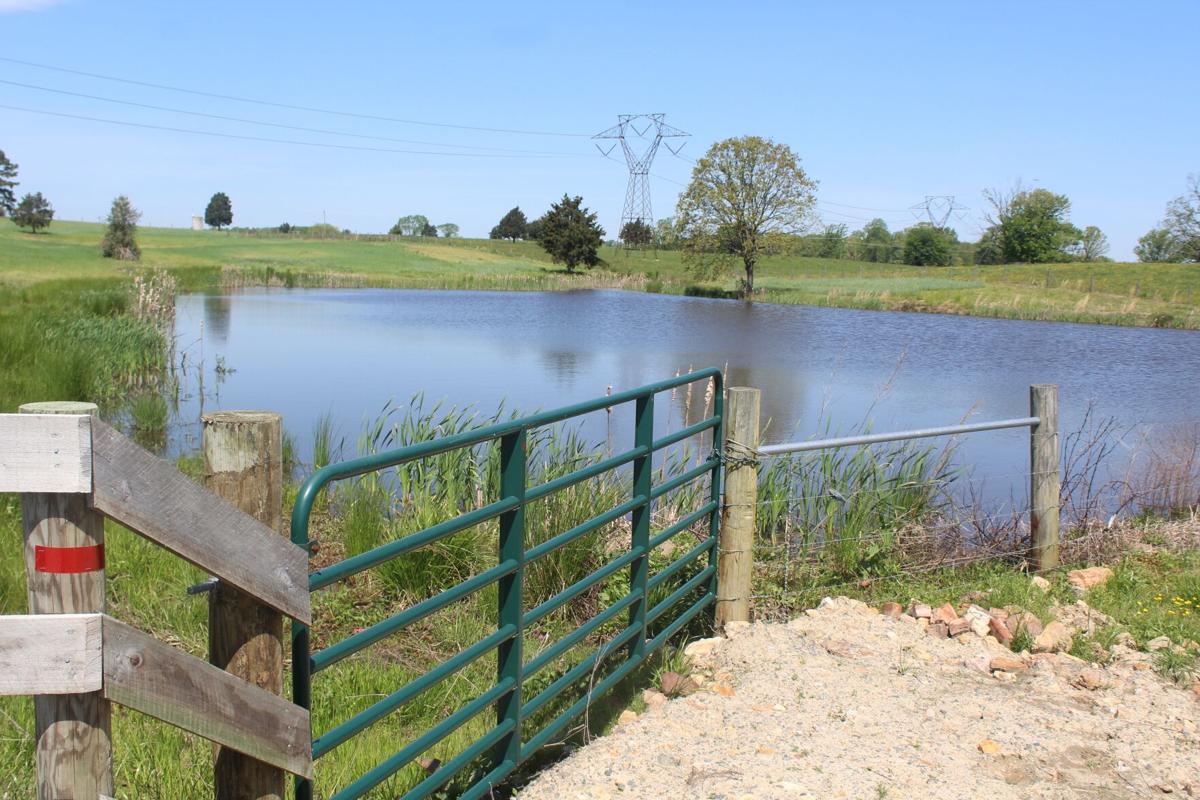 A pond on the farm is fenced to keep the cattle out. Cows now drink well water pumped to watering stations scattered around the property. 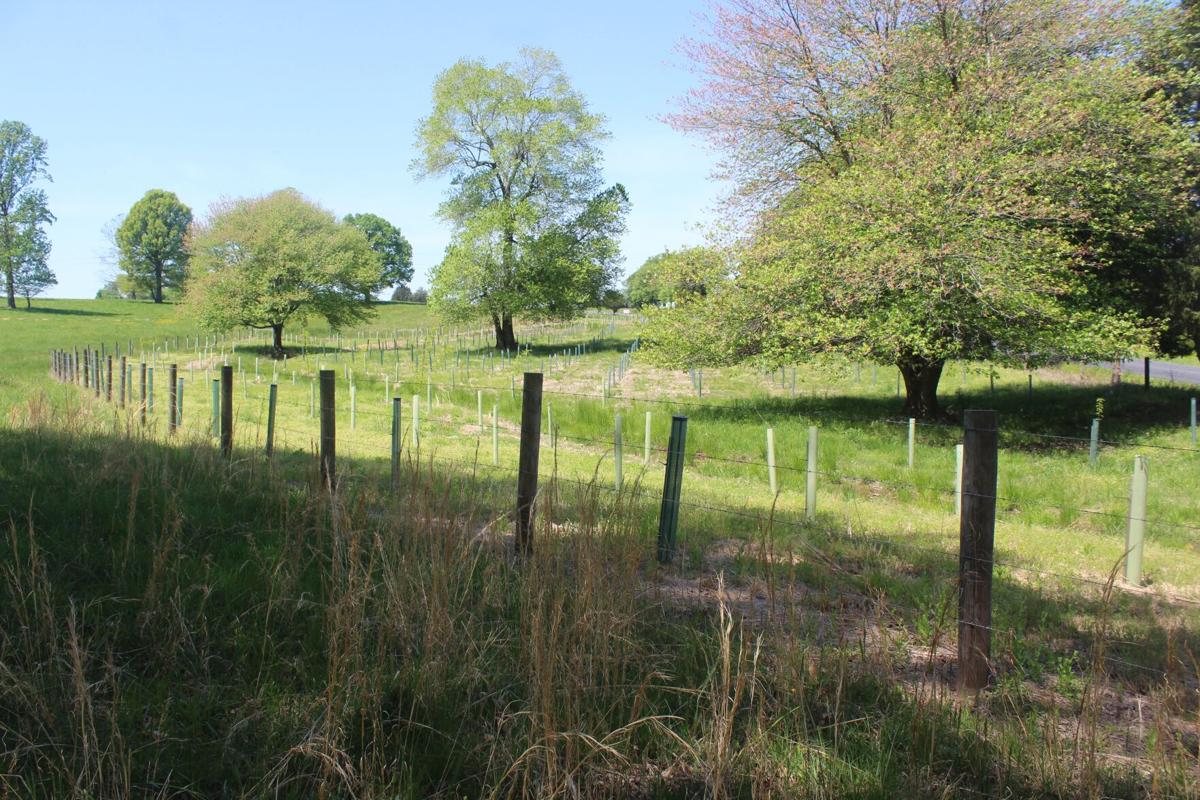 The family planted trees recently to help stabilize a slope in another section of the farm.

On their 625-acre farm along Elk and Millpond creeks, Bill Morris and his family fenced their cattle out of the lake, then implemented rotational grazing to give the grass time to grow well.

A pond on the farm is fenced to keep the cattle out. Cows now drink well water pumped to watering stations scattered around the property.

The family planted trees recently to help stabilize a slope in another section of the farm.

Two of the issues most likely to keep advocates for Lake Anna up at night are water pollution and shoreline erosion. The lake is prized in part for the clean water that makes it a destination for swimming, angling and other sports, and the goal is to keep it that way.

An ambitious land management project may help lake lovers to sleep more easily. On their 625-acre farm on the Louisa County side of the lake, along Elk and Millpond creeks, Bill Morris and his family recently installed six miles of fencing to keep cattle out of the water.

Morris said some of his neighbors are excited that the cows won’t be relieving themselves anymore in the lake. But he said the more significant benefit is that the cows no longer trample the shoreline as they used to do in search of water to drink and cool themselves off.

“We’re not getting as much muddy water,” Morris said, pointing to a wetland area where reed grass grows along Millpond Creek. “The cows used to go stand in that and ruin the grass. We can’t keep the water’s edge as nice as we used to, but the shoreline will naturally stabilize itself.”

The motive behind projects like this is to try to stop downstream sedimentation, Morris said. Shoreline erosion damages people’s property and dirties the water in the lake, but it also affects waters far downstream in the Chesapeake Bay.

Morris first approached officials at Thomas Jefferson Soil and Water Conservation District for assistance in 2016. They offered to help the family pay for wells, water pipeline and fencing to exclude the cattle from the lake. It’s turned out to be one of the largest such projects in the district, which includes Louisa, Fluvanna, Albemarle, Nelson and Greene counties.

For their efforts to protect land and water resources, the farm received the York River watershed Grand Basin award for 2021. Morris’ property is one of roughly 10 farms in the state to be so honored this year by the state Department of Conservation and Recreation.

The makeover of Morris’ farm isn’t just about keeping the animals out of the lake. It’s also a land improvement project, dividing the property into 18 fenced paddocks of 20 to 25 acres so that cows can rotate among them. Organizing the site in this way keeps the cows from eating all the grass and other plants in one area down to a nub. It results in richer soil and healthier cows. The cows have a shorter distance to walk to get to a water source, and they have better food to eat.

“They didn’t just come in and say, ‘This is the way we need to do it,’” Morris said of the conservation district. “They said, ‘What do you need?’ We have 100 mama cows and 100 babies on this side of Elk Creek Road and another 100 head over there, and we have to make sure they have enough grass and shade, and be able to get them from one paddock [to another].”

“Right now [in late April], with the grass just starting to grow good, we’re rotating the cows every day or two.” he continued. “In another week we’ll be able to go another couple days, and by the first of June we’ll go every five or seven days … Instead of walking all the way to the lake to drink 70-degree water, they’ll stay here and drink clean, 50-degree water. They’ll graze this down, then we’ll push them [to the next paddock] and this field will regrow, just like your yard does.”

Moving the cows around discourages them from standing too long amid their droppings, which can cause them problems with parasites. At the same time, letting the grass and weeds have time to regenerate results in a healthier mix of fescue, rye and clover for the cows to graze.

The Morrises also set up beehives in some parts of the farm to encourage pollination of nutritious plants the cows eat. And they’ve planted trees along streams that drain to the lake, in areas the cows are fenced out of, to further discourage erosion.

The cows belong to another family, the Goodwins, who live in Spotsylvania and lease grazing rights from the Morrises. Bill Morris’ wife Brenda is the daughter of the late Lewis Chisholm, who was involved in Louisa County public life for many years, and Claudia Chisholm, who was a well-known local historian.

Since the cows can’t drink directly from the lake anymore, several deep-water wells, more than three miles of pipeline and several electric pumps were installed to provide alternative water sources. The cows now sidle up to 18 watering troughs dotted across the farm.

All of these tools are about farming in a more science-based way, said Morris, who emphasized that he is not a “tree-hugger.” What motivates him and his family is to improve the soil and the land so it can continue to be viable for agriculture.

“I’m proud of what we’re doing,” Morris said. “I like to call us tenders of the land. We’re trying to keep the farming operation for the next generation.”