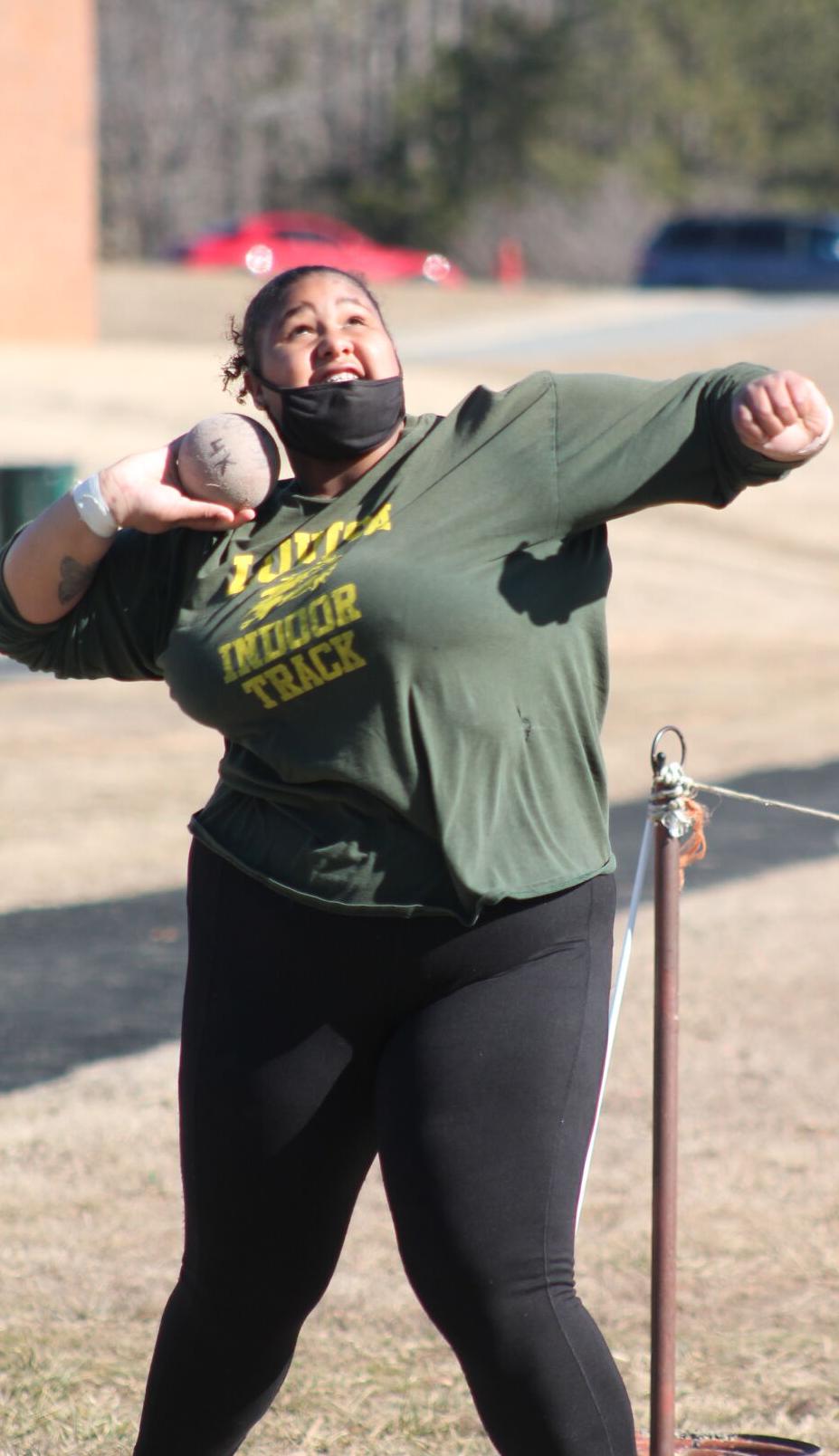 Alicia Woodfolk takes a throw in the shot-put during an indoor track home meet earlier this year. 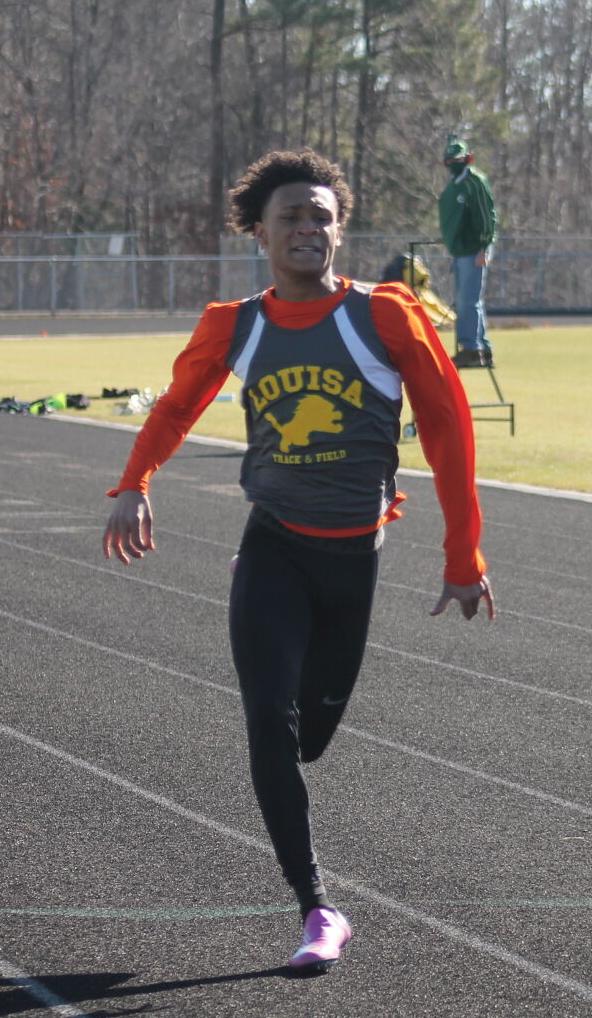 Robert "RJ" Brown races toward the finish line in the 55-meter dash during his senior season.

Alicia Woodfolk takes a throw in the shot-put during an indoor track home meet earlier this year.

Robert "RJ" Brown races toward the finish line in the 55-meter dash during his senior season.

Cousins Robert “RJ” Brown Jr. and Alicia Woodfolk, both competitive track and field athletes at Louisa County High School over the past four years, will compete for the Emory & Henry College Wasps in the upcoming season.

Brown first started running track in the sixth grade and competes in several short track events, including the 55-meter and 100-meter dashes and in several relays. In his senior indoor track season, he competed at the Virginia High School League Class 4 state championship on the 4x200 relay team.

“You get to see who the fastest of the fast is,” he said. “[When I compete] I get the chance to show that I’m the fastest person out there.”

Woodfolk’s focus is in the shot put and discus. She’s been competing in outdoor track for four years and indoor track for three, and in her senior season earned trips to states in both seasons. She finished fifth in the shot put in the indoor state championship and brought home sixth and eighth place finishes from the outdoor state championship in June. She also set a school record in the discus during the Lions’ season opener on April 28, with a winning throw of 116 feet.

“I really like the distance,” she said. “I’ve gotten better each year. In ninth grade, I kept wanting to throw 30 feet, because I was always throwing 25, and then the next year I came back and threw over that.”

Both Brown and Woodfolk fell in love with Emory & Henry after visiting the campus and meeting with the school’s track coach, Leroy Worley.

“I went to visit a lot of schools, but when I stepped on the campus, it felt like I was home, and the coaching staff feels like family, so it was kind of a no-brainer,” Brown said.

Woodfolk was sold on Emory and Henry after Worley made sure she got something to eat during her visit to the school.

Both Brown and Woodfolk said they’re excited about having more competition at the college level and are ready to rise to the challenge with lessons they’ve learned here in Louisa.

Brown cited his ability to “push through” challenges as something that will help him succeed at Emory and Henry.

“That’s something that was instilled in us from the beginning, to keep going no matter how hard it gets,” he said.

Woodfolk is planning on double-majoring in biology and chemistry in order to pursue a career as a forensic pathologist.

“I’ve always been a science kind of girl,” she said. “I always wanted to take science classes. In high school, I even doubled-up on science classes one year.”

Brown plans to major in sports marketing and broadcasting in hopes of continuing to be around track and field even after college.

“I figured out that I could talk about track or coach track or just be around track, and that’s something I’ve always wanted to do,” he said.

Both Brown and Woodfolk said it’s exciting to be cousins going to do the same sport at the same school.

“That’s just dope to say in general, that me and my cousin got a scholarship to the same school,” Brown said.”That’s super exciting.”

“I wish him luck,” Woodfolk added.