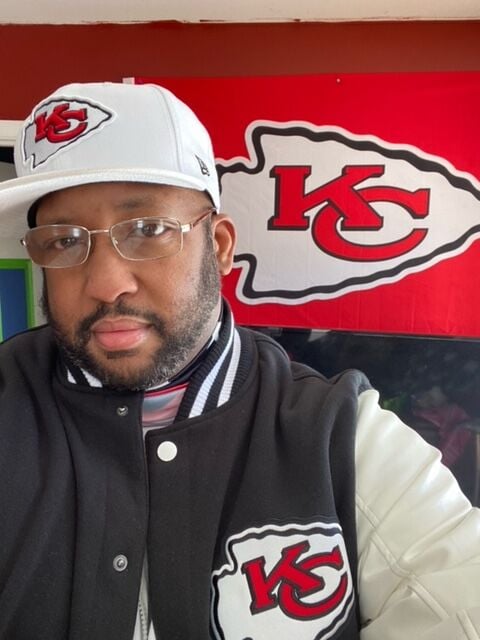 Terrence Allen will be pulling for Patrick Mahomes and the Kansas City Chiefs on Sunday as they try for back-to-back Super Bowl wins. 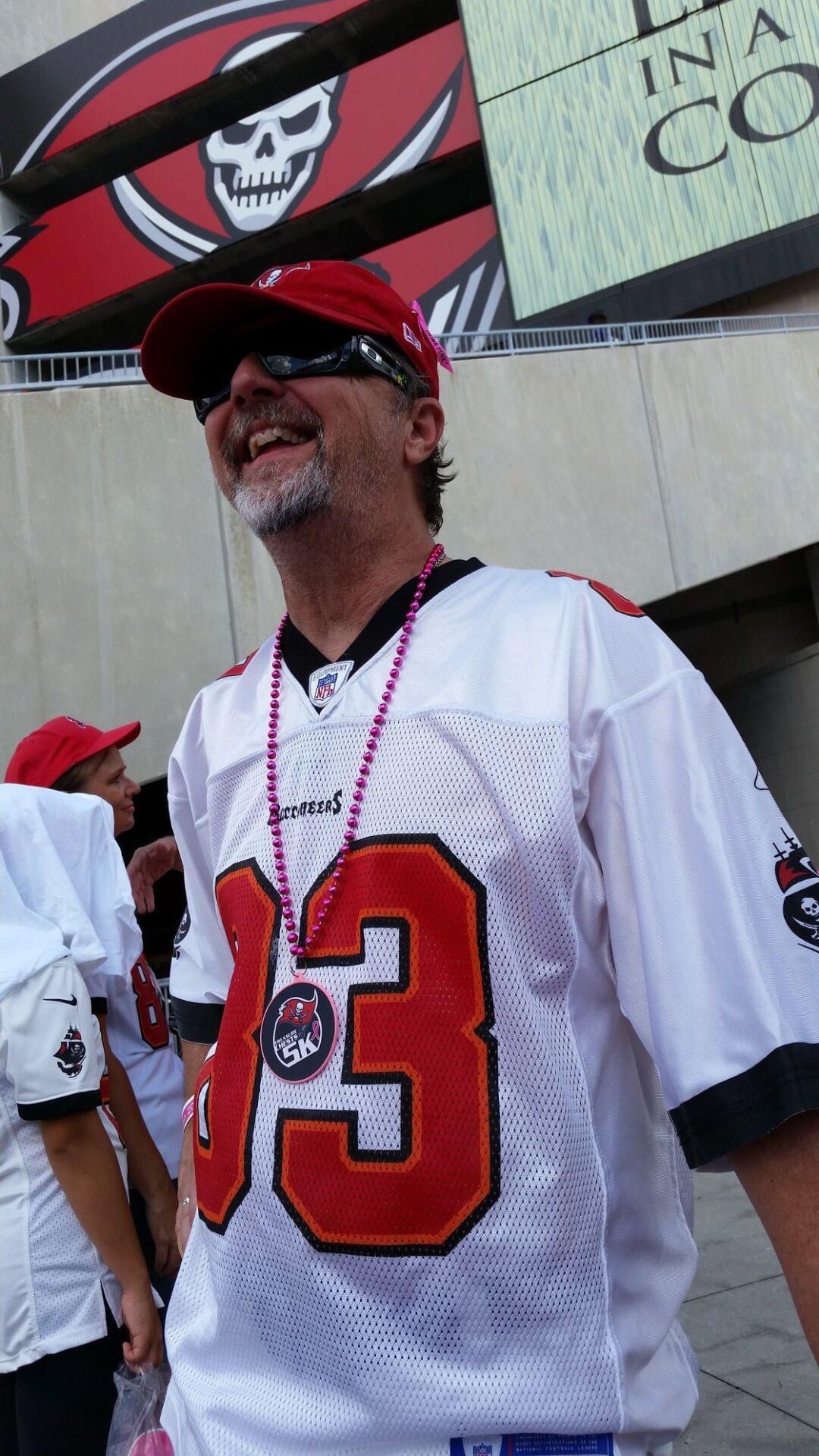 Terrence Allen will be pulling for Patrick Mahomes and the Kansas City Chiefs on Sunday as they try for back-to-back Super Bowl wins.

With Super Bowl LV this Sunday, fans of the Kansas City Chiefs and the Tampa Bay Buccaneers are getting ready for what promises to be an exciting game. Louisa County fans Terrence Allen (Kansas City) and Peter Coen (Tampa Bay) are no exception.

Allen became a Kansas City Chiefs fan at a young age after watching them play his hometown team, the Philadelphia Eagles and watching Chiefs linebacker Derrick Thomas in action. His love for the Chiefs has only grown since then.

“They’ve always played a brand of exciting football,” he said. “Even in their losing seasons, there was always a great player that I could look forward to watching.”

The Chiefs have found a burst of success in recent years thanks in part to quarterback Patrick Mahomes, who led the team to its second Super Bowl win – and first win in 50 years – with a 31-20 win over the San Francisco 49ers last year. The young quarterback has been a “pleasant surprise” for Allen.

“I’d heard of him before we drafted him, but I never expected him to become this,” he said. “He’s definitely set the franchise up to be AFC championship contenders for the next 15 to 20 years, at least.”

The Chiefs boasted a 14-2 record during the regular season, including a 27-24 victory over the Buccaneers on Nov. 29. Tampa Bay's season got off to a slow start, but they found their groove and won 11 games. The Chiefs are looking to defend their Super Bowl title and become the eighth team to win back-to-back championships.

Mahomes threw for 4,740 yards this season, ranking him second in the league. He added 308 yards on the ground, the second-highest rushing total for the team. His primary targets through the air are tight end Travis Kelce, who caught 105 passes for 1,416 yards and 11 touchdowns, and receiver Tyreek Hill, with 87 receptions for 1,276 yards, including 269 against the Buccaneers in their Nov. 29 game.

On the ground, the Chiefs are led by rookie running back Clyde Edwards-Helaire with 803 yards and four touchdowns and Le’Veon Bell, who has accumulated 254 yards for Kansas City since being released by the New York Jets earlier this season. Kicker Harrison Butler has been a key weapon on the Chiefs’ special teams, making 25 of his 27 field goal attempts this season, including four from more than 50 yards.

As strong as their offense is, the defense is going to prove to be a key factor for the Chiefs, Allen noted.

“We need to put pressure on [Bucs' quarterback Tom] Brady and move him off his spot,” he said. “Maybe get him to make some mistakes, throw an interception or force a fumble. If we let him sit back there all day, it’s going to give Mike Evans and his other receivers a chance to get open.”

The Chiefs has more than a few weapons at their disposal on defense, including linemen Chris Jones and Frank Clark with 7.5 sacks and six sacks, respectively. They also boast a strong secondary, led by safeties Tyrann Mathieu and Daniel Sorensen with a combined 159 tackles and nine interceptions.

While the Chiefs are looking to claim a third Super Bowl title, the Buccaneers are in the hunt for a second. Their one and only previous Super Bowl appearance in 2003 resulted in a 48-21 win over the Oakland Raiders.

Nobody has higher expectations for Wyoming's Treyton Welch than himself

Wyoming planning to go the traditional route with its spring game

Coen has been a fan off and on for many years, but a die-hard fan for the past five seasons. He said it’s been well worth the wait.

“It’s been a long wait, but we finally made it and we’re going to make the most of it,” he said.

A big part of the team’s success this season has been the addition of veteran quarterback Brady to their roster. Brady has six Super Bowl wins on his record, all with the New England Patriots. Sunday’s game will be his 10th Super Bowl appearance.

“When they signed Tom Brady, of course my hopes went up,” Coen said. “After years of sub-.500 seasons, we had a chance of making the playoffs. I’m not saying postseason play was a guarantee, but the chances were much, much better with the leadership and experience Brady brings.”

For his part, Allen isn’t worried about facing Brady in the Super Bowl.

“Usually, when you go up against Tom Brady and bet against him, you end up paying in the end, but I think Mahomes is going to be in that category one day, so I think he’ll be a good equalizer,” he said.

Brady has more than a few options through the air as well, having totaled 4,633 yards in passing this season. In addition to Evans, who snagged 70 passes for 1,001 yards, his favorite targets are Chris Godwin with 65 receptions for 840 yards and former Patriot Rob Gronkowski with 45 receptions for 623 yards. The trio combined for 27 touchdowns. On the ground, Ronald Jones leads the team with 978 rushing yards and seven touchdowns and running back Leonard Fournette added 367 yards and six touchdowns.

The Buccaneers also have several weapons on defense that could create trouble for Mahomes and the Chiefs. Defensive ends Jean Pierre-Paul and Ndamukong Suh have earned a combined 15.5 sacks throughout the season, and linebacker Devin White added nine in addition to his 140 tackles.

They may be pulling for different teams, but both Allen and Coen are excited for what they hope will be a good game.

“I’m looking forward to seeing how the Chiefs respond,” Allen said. “We beat Tampa Bay earlier this season but it’s different when you’re playing in the Super Bowl. I’m excited to see how they handle the pressure of playing in back-to-back Super Bowls.”

Super Bowl LV will air on CBS this year. Kickoff is scheduled for 6:30 p.m.