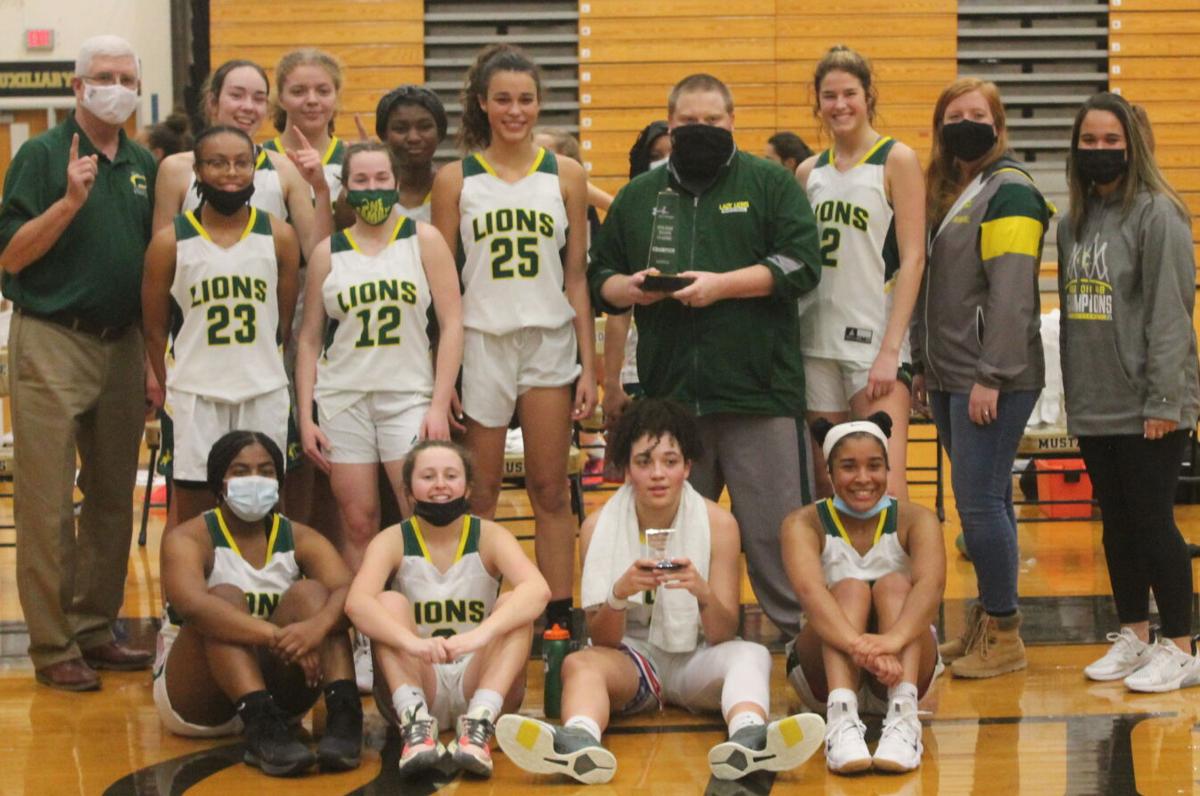 Olivia McGhee put up 22 points for the Lions, garnering tournament MVP honors and a spot on the all-tournament team. 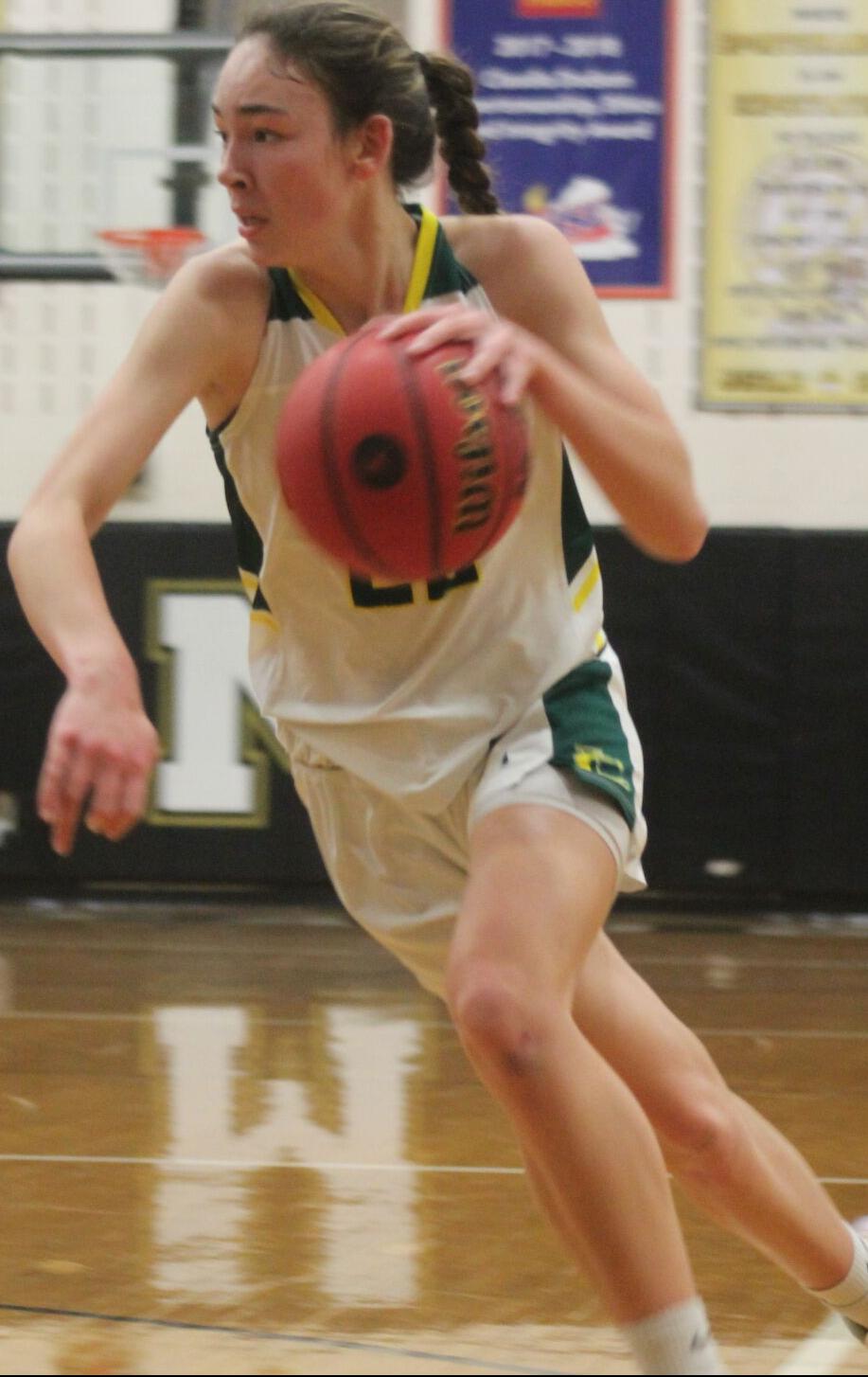 Sylvie Jackson scored 21 points for the Lions in the championship game to score a spot on the all-tournament team.

Olivia McGhee put up 22 points for the Lions, garnering tournament MVP honors and a spot on the all-tournament team.

Sylvie Jackson scored 21 points for the Lions in the championship game to score a spot on the all-tournament team.

The Louisa Lady Lions brought home some more championship hardware from the Daily Progress Holiday Classic, staging a huge second-half comebakc to defeat the Covenant Eagles 64-39 in the championship game on Dec. 30.

The win came after a tough first half battle with the Eagles. Louisa jumped ahead to an early 10-4 lead, but Covenant’s offense fired back, sinking a trio of shots from outside the arch to pull ahead 15-14 by the end of the quarter.

The Lions opened the second quarter with a 7-2 run get back on top 21-17 after three minutes of play. The Eagles stayed on their heels and though they were never able to retake the lead, they trailed the Lions 31-30 heading into the halftime break.

The second half was almost all Louisa. Sylvie Jackson put up eight points  over the first five minutes of the quarter and Olivia McGhee added five as the Lions’ defense held the Eagles to just three points for the period.

““We had to be a little more intense on defense.” Coach Nick Schreck said. “We had to use our length to our advantage. [Covenant’s girls] are very quick and very fundamentally sound…our goal was to run them off the three point line and make them shoot overtop of us.”

Arizona football insider: 15 insights and tidbits about the new-look Wildcats

49ers hang on over Cowboys 23-17 in chaotic wild-card finish, advance to face Packers

“She’s an athlete,” Schreck said of the sophomore. “She’s a competitor. She’s probably one of the most competitve people on our team and that drives her. When she steps out on the court, I know she’s going to be ready to play. Her stepping up like that is going to be valuable for us going forward.”

The Lions’ defense continued to put pressure on the Eagles in the fourth quarter, giving up just six points while adding 11 on offense to take the championship.

McGhee and Jackson ended the night with 22 and 21 points respectively, earning them both a spot on the all-tournament team. McGhee was also named the tournament MVP. Janie Smith also hit double-digits for the Lions, putting up 12 points.

“Our goal every year is to be playing our best basketball at the end of the season and we’re still trending in that direction,” Schreck said. “We’ve put together two good halves the past two games, now it’s time for us to working to playing four full quarters.”

The Lions start 2022 with a home game against Washington and Lee High School on Jan. 3. Tipoff is scheduled for 7:30 p.m.