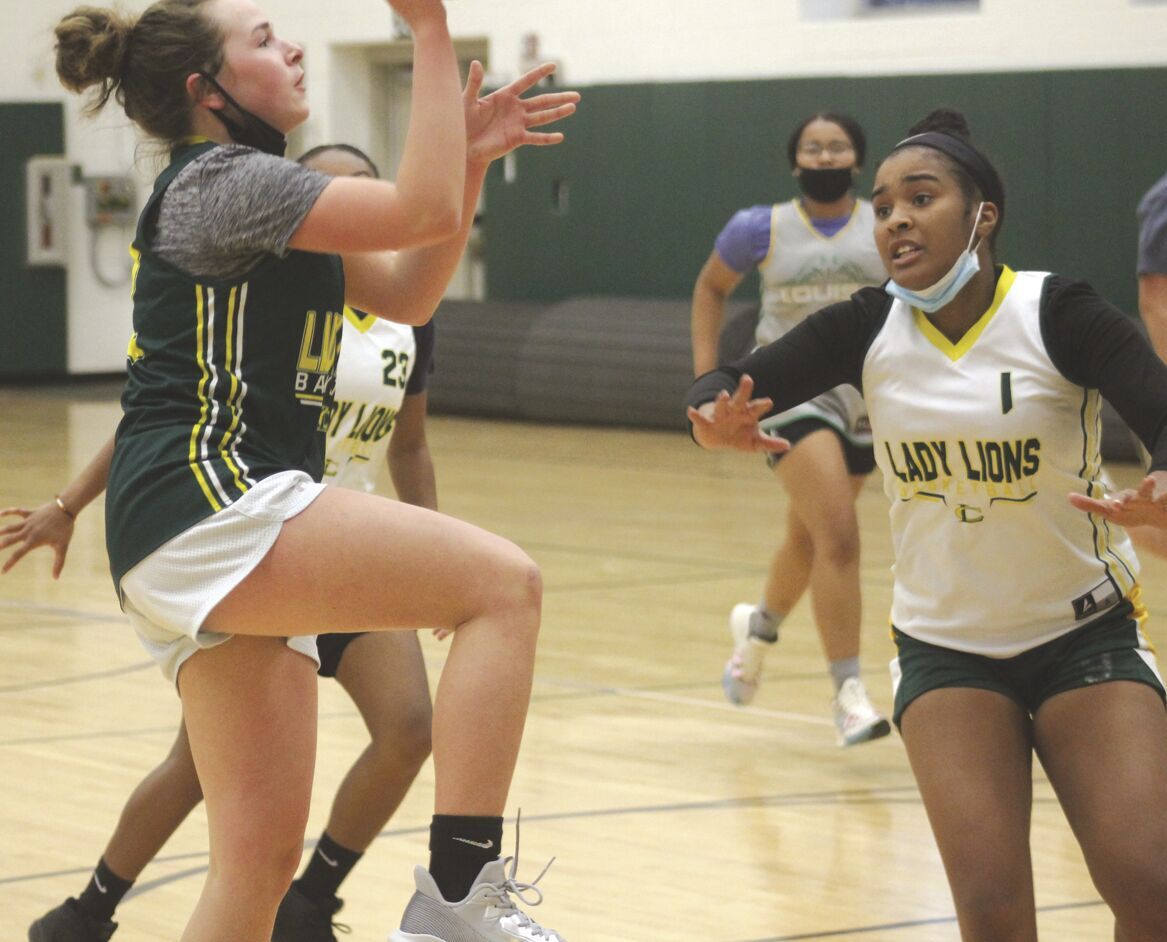 Nicole Creel (left) drives toward the basket during a recent practice while Shakiya Jones looks on. 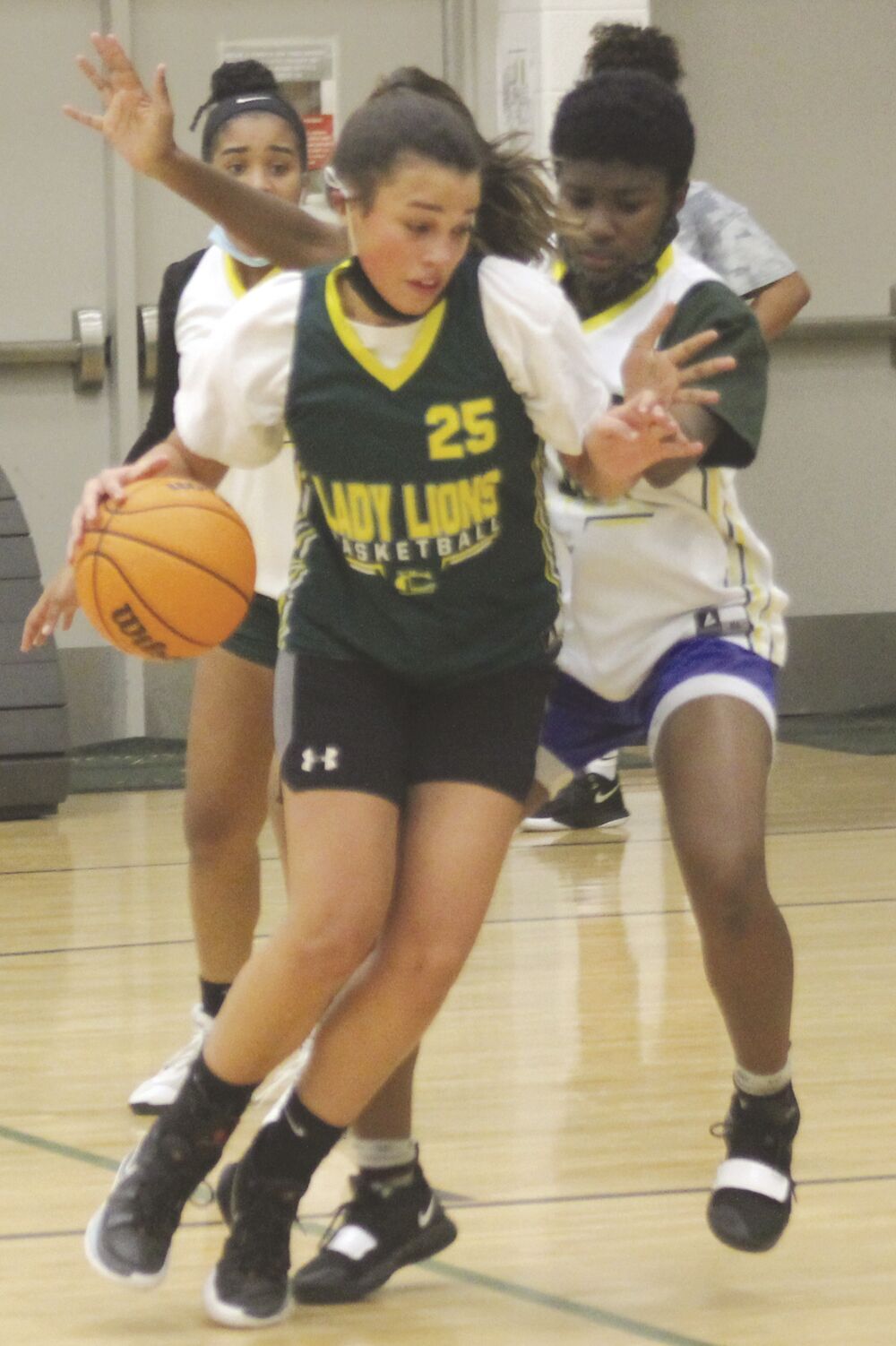 Janie Smith tries to get around teammate Acacia Scott during a drill.

Returning senior Emion Byers takes to the air for as she drives to the basket during a recent practice. 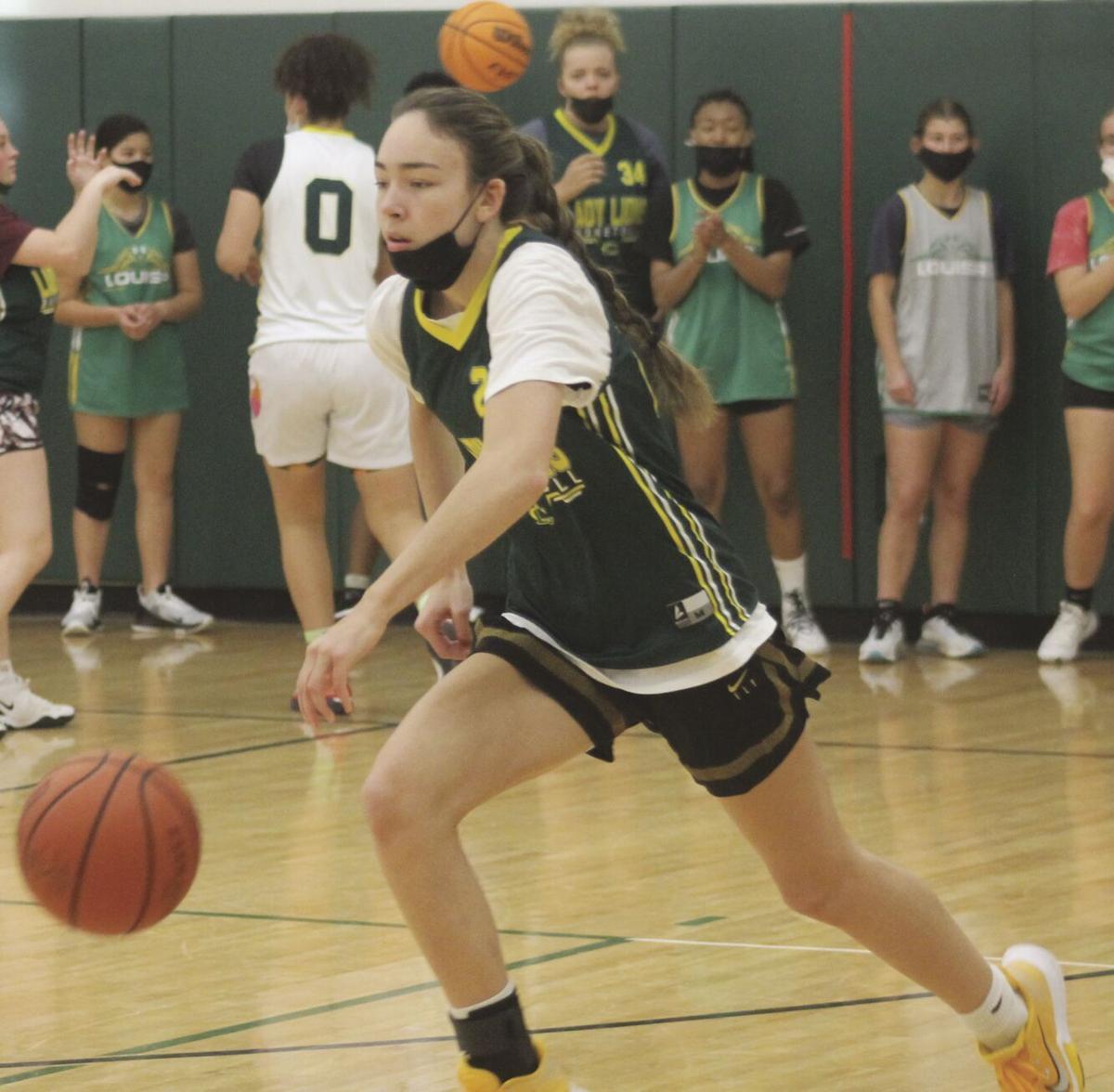 Sylive Jackson returns for her junior season with the Lions. Jackson and fellow junior Olivia McGhee led the Lions in scoring last season, each putting up nearly 300 points throughout the abbreviated season.

Nicole Creel (left) drives toward the basket during a recent practice while Shakiya Jones looks on.

Janie Smith tries to get around teammate Acacia Scott during a drill.

Returning senior Emion Byers takes to the air for as she drives to the basket during a recent practice.

Sylive Jackson returns for her junior season with the Lions. Jackson and fellow junior Olivia McGhee led the Lions in scoring last season, each putting up nearly 300 points throughout the abbreviated season.

The days are getting shorter, the weather is getting colder, and the Louisa Lions’ girls basketball team is back on the court, preparing for the follow-up to their 15-0 state championship season last year.

“The summer’s been great,” said Coach Nick Schreck, who is heading the Lions for his seventh season. “Off-season conditioning was great. We’ve got a lot of new faces, both on varsity and JV, but the excitement’s high and we’re ready to get it going.”

Among the returning players are starters Sylvie Jackson and Olivia McGhee. The juniors led the team in scoring last year, with McGhee tallying 296 and Jackson scoring 295 throughout the season. The pair formed a dynamic duo that was a force to be reckoned with and they’re both excited to play with each other again.

“I think [that dynamic] is going to be even stronger this year,” Jackson said. “We were playing so well together at the end of the season, and I think that’s going to carry over into this season.”

The Lions lost a number of players to graduation after last season, including starters Taylor Fifer, Alexis Chapman and Lydia Wilson. While Schreck is still working on putting together the starting lineup for this season, he’s got a lot of new and returning talent to choose from.

Senior Emion Byers is stepping back on to the court after missing the majority of last season due to an injury, and seniors Kyla Banks and Shakiya Jones are back as well, moving into expanded leadership roles this year. Also returning are juniors Janie Smith and Haley Walker, both of whom made contributions last season, and senior Izzy Anderson and sophomore Nina Fenster.

Rounding out the roster are some new players to the varsity team. Junior Acacia Scott and sophomore Kaniya Quarles move up from the JV team, and junior Savoi Smith and senior Quiana Scott step onto the varsity team for the first time, having played for the JV team in past seasons.

“Acacia is very versatile and does everything we ask her,” Schreck said. “She goes hard and she’s a great teammate. Savoi and Quiana add a level of athleticism for us that’s going to help us get out and run and do the things we like to do that make us successful.”

The Lions also welcome junior Nicole Creel, a transfer student from Luray who Schreck describes as “a ball of energy.”

“I love the way she plays, her intensity, her tenacity, the way she gets after it,” he said. “The biggest thing with her is just trying to keep up with the learning curve that we have.”

Fortunately for Creel and the other new players, the veterans are more than willing to step up and help them learn what they need to in order to get ready for the season.

“We’re a close-knit group and we will be with them every step of the way,” Byers said. “If they ever have questions, they know they can come to us. They know that we’re going to push them to get better, but they know they can give their all and make mistakes, because we’ll help them and be right there with them.”

The Lions’ season officially gets underway on Dec. 3 with a home game against the Spotsylvania Knights. The Lions hosted Heritage on Nov. 23 for a preseason scrimmage to see it all in action.

“We’ve got all of the pieces we need,” Schreck said. “It’s just a matter of some people stepping up. They don’t have to fill the roles [that the seniors did] exactly, but it’s a team effort, taking care of what we’re missing from those core seniors.”