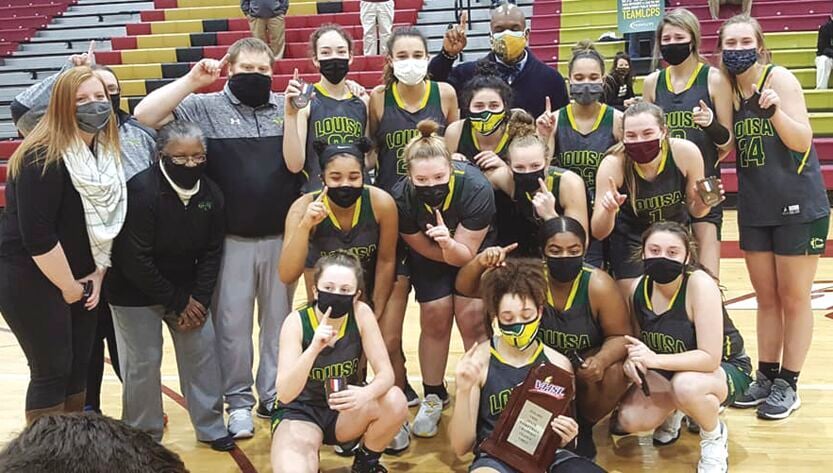 The Louisa Lions girls' basketball team proudly show off their medals and the championship trophy after defeating the Pulaski County Cougars 59-51 and winning the Virginia High School League Class 4 state championship for the first time in the program's history. 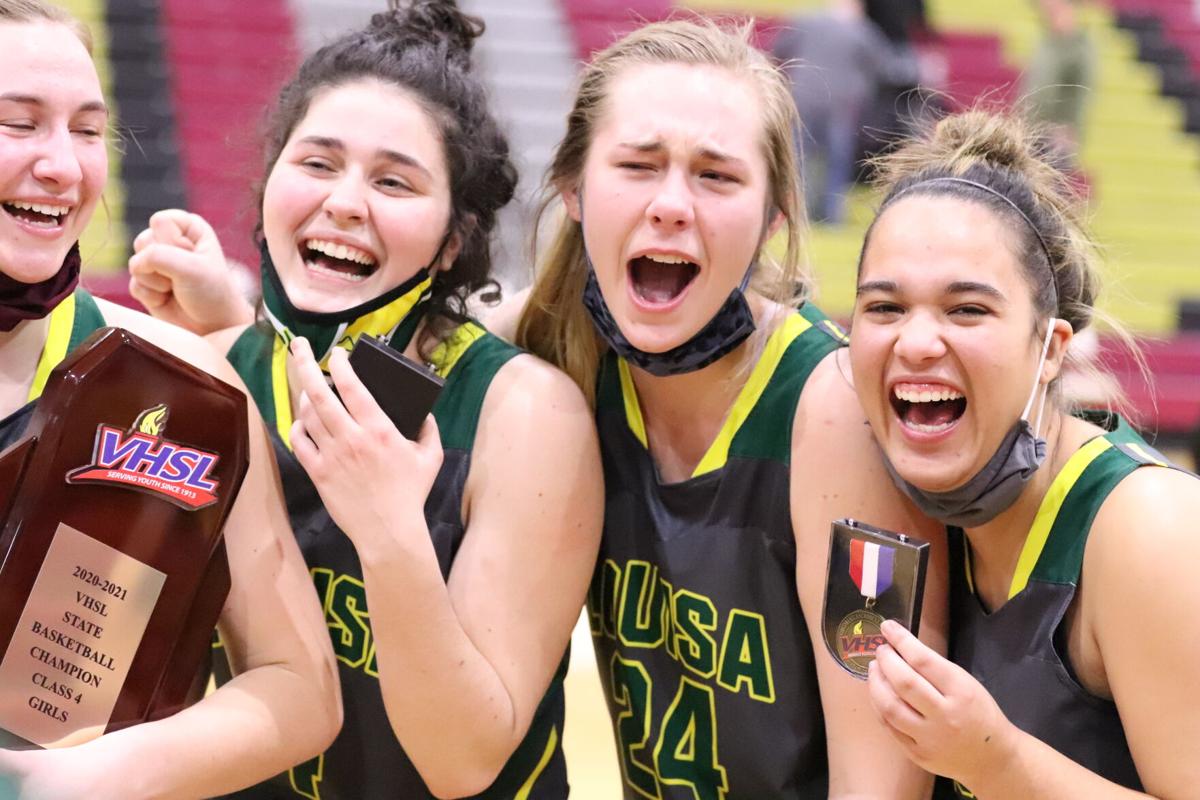 Lydia Wilson fires off a shot during the Lions' championship game. Wilson put up 14 points for the Lions, including nine in the second half. 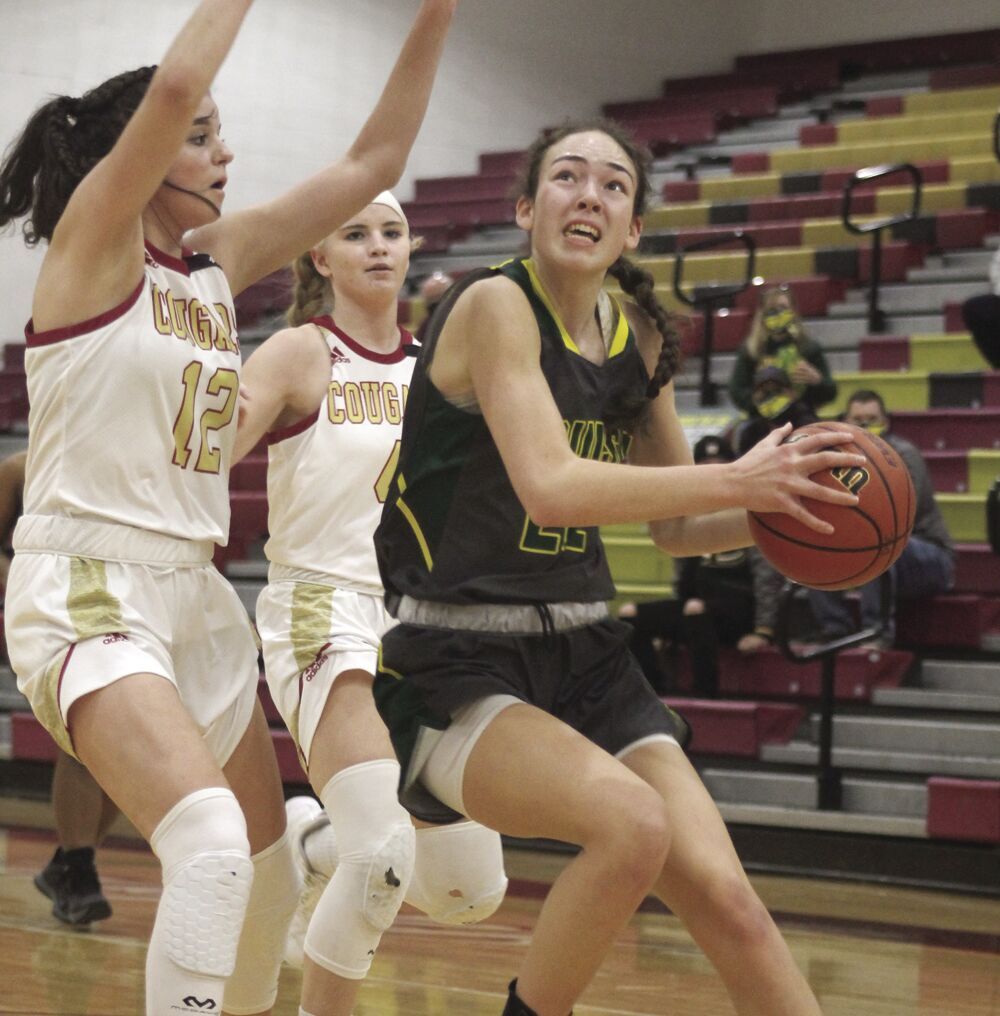 Sylvie Jackson drives toward the basket during the first half of the Lions’ championship game against Pulaski. 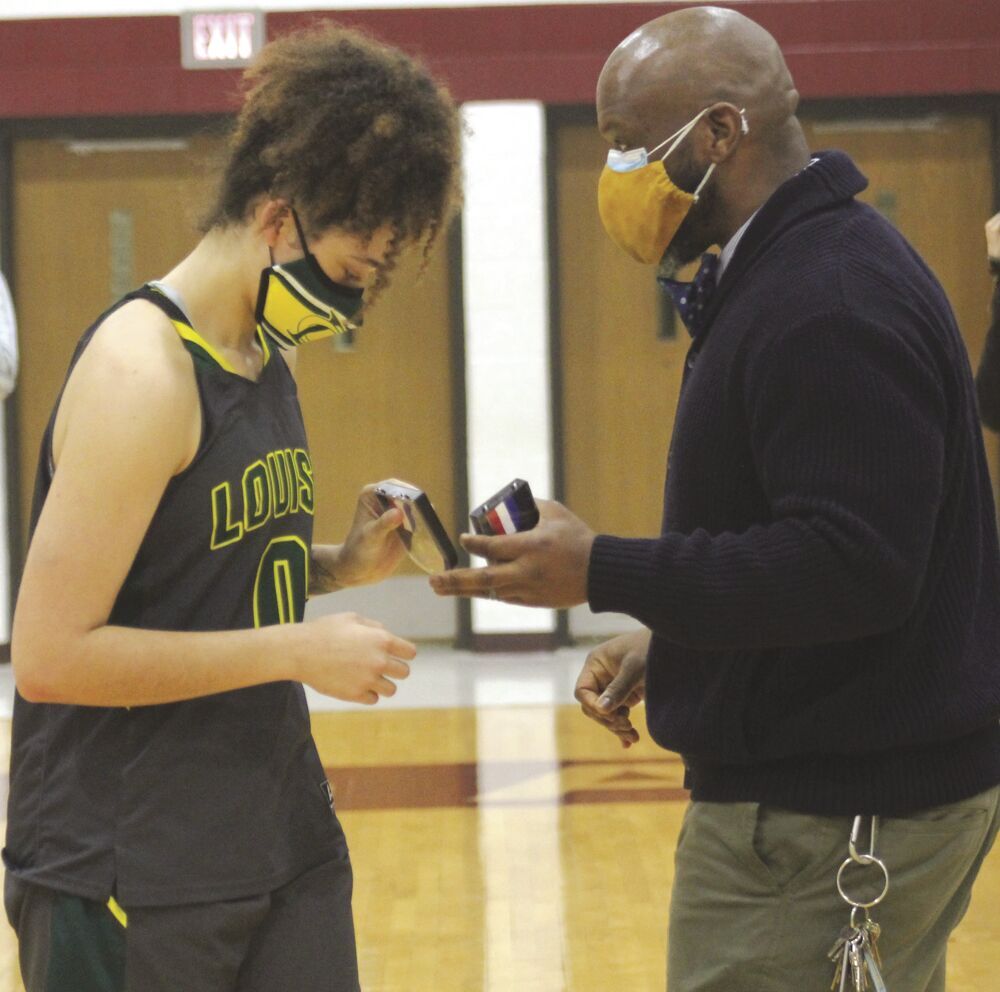 The Louisa Lions girls' basketball team proudly show off their medals and the championship trophy after defeating the Pulaski County Cougars 59-51 and winning the Virginia High School League Class 4 state championship for the first time in the program's history.

Lydia Wilson fires off a shot during the Lions' championship game. Wilson put up 14 points for the Lions, including nine in the second half.

Sylvie Jackson drives toward the basket during the first half of the Lions’ championship game against Pulaski.

At the start of the season, the Louisa Lions’ girls’ basketball team set a goal -- to win the program’s first state championship. They not only accomplished that goal, defeating the Pulaski County Cougars 59-51 on Feb. 20, but they picked up a perfect 15-0 season to boot, all in the middle of a pandemic.

“This is so surreal,” said senior Lydia Wilson. “Everyone’s worked so hard for this ... and to finally achieve it feels great.”

“I’m speechless,” said sophomore Olivia McGhee. “We’ve been talking about it all season and for it to finally come true, I don’t know how to explain it.”

The win came after a rocky start as the Cougars managed stymie Louisa’s offense for most of the first quarter, holding them to four points from the foul line. A series of three-point buckets from McGhee, sophomore Sylvie Jackson and senior Alexis Chapman over the final three minutes of the period helped chip away at Pulaski’s lead, but they trailed 20-13 heading into the second quarter.

But the Lions did what they’ve done every time they faced a challenge this season  – they adapted.

Jackson put up six points while the Lions’ defense kept the Cougars off the board, pulling Louisa to 20-19 by the midway point of the period. Wilson hit a shot from outside the arch less than a minute later to get the Lions on top for the first time, 22-21, with 3:22 left in the half. Jackson, Wilson and McGhee combined for another eight points to give Louisa a 30-26 halftime advantage.

“Once we settled in and we started seeing our shots go through the net, that really carried our defense,” said head coach Nick Schreck. “When our offense started clicking, our defense stepped up. We started keeping them to one-and-done and we were able to get out and transition and get some easy buckets.”

The third quarter was largely a defensive effort by both teams, with Louisa putting up seven points while holding Pulaski to six. McGhee found Wilson for a pair of back-to-back buckets to open the fourth quarter, putting Louisa up 41-34 with 6:45 left to play.

“Once my shots started to fall, it picked me up and gave me more confidence,” Wilson said. “My teammates around me, they were picking me up and they were like, ‘Just keep shooting, they’ll eventually fall,’ and then they did.”

Wilson ended the night with 14 points, behind 20 from Jackson and 16 from McGhee.

Missouri looks for win in regular-season finale against LSU

'Lot of moves to make' to get under salary cap in unique year, Packers GM Brian Gutekunst says

“That’s been our story all season,” Schreck said. “When teams try to take away Olivia and Sylvie, we trust the other three [players on the court] to step up.”

A few more buckets and a run of foul shots late in the quarter allowed the Lions to extend their lead and claim the championship.

“The ladies and their coaches have worked so hard and they trusted the process and did everything they needed to in order to succeed and they did it,” said Louisa County Athletic Director George Stanley. “It is a very proud moment for me as A.D. I had a talk with them after they won Region 4B and shared with them just how special this opportunity was. I was blessed to win a couple of state championships in football when I played in high school in the mid-90s and I still remember that feeling when the last horn sounds and you are officially a champion. I am so proud that they did it and etched their names in history. They deserve it.”

The Lions’ run at the state title began with a game against the Grafton Clippers on Feb. 17. Louisa opened the game with a 21-9 first quarter, led by nine points from McGhee. The Lions extended their lead to 36-16 by the end of the second quarter, with Jackson hitting two shots from three-point distance over the final minute of the half.

The Clippers made a run of their own in the fourth quarter, but it wasn’t enough to close the gap and the Lions won 63-49. Jackson led the Lions with 20 points, and McGhee put up 18.

The wins cap a season of success stories from the Lions. The team scored 1,026 points across their 15 wins, all but three of which came by double-digit margins. Every member of the Lions roster contributed points to that total. Schreck attributes the success to the team’s depth and resilience, but most importantly to the players themselves.

The championship marks the end of the road for the team’s six seniors, who Schreck said helped lay the groundwork for the team’s success not just this year, but for future seasons.