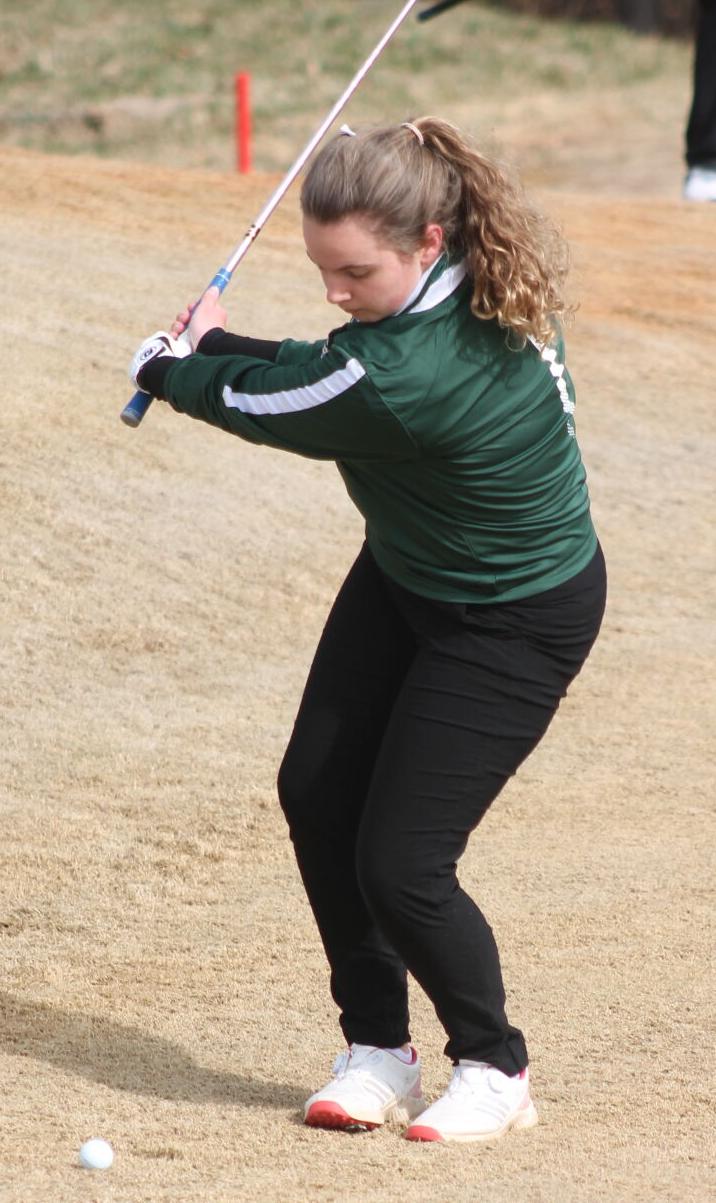 Emma Zelaski attempts to put the ball on the green at the first hole of the Lions’ home match against Monticello. 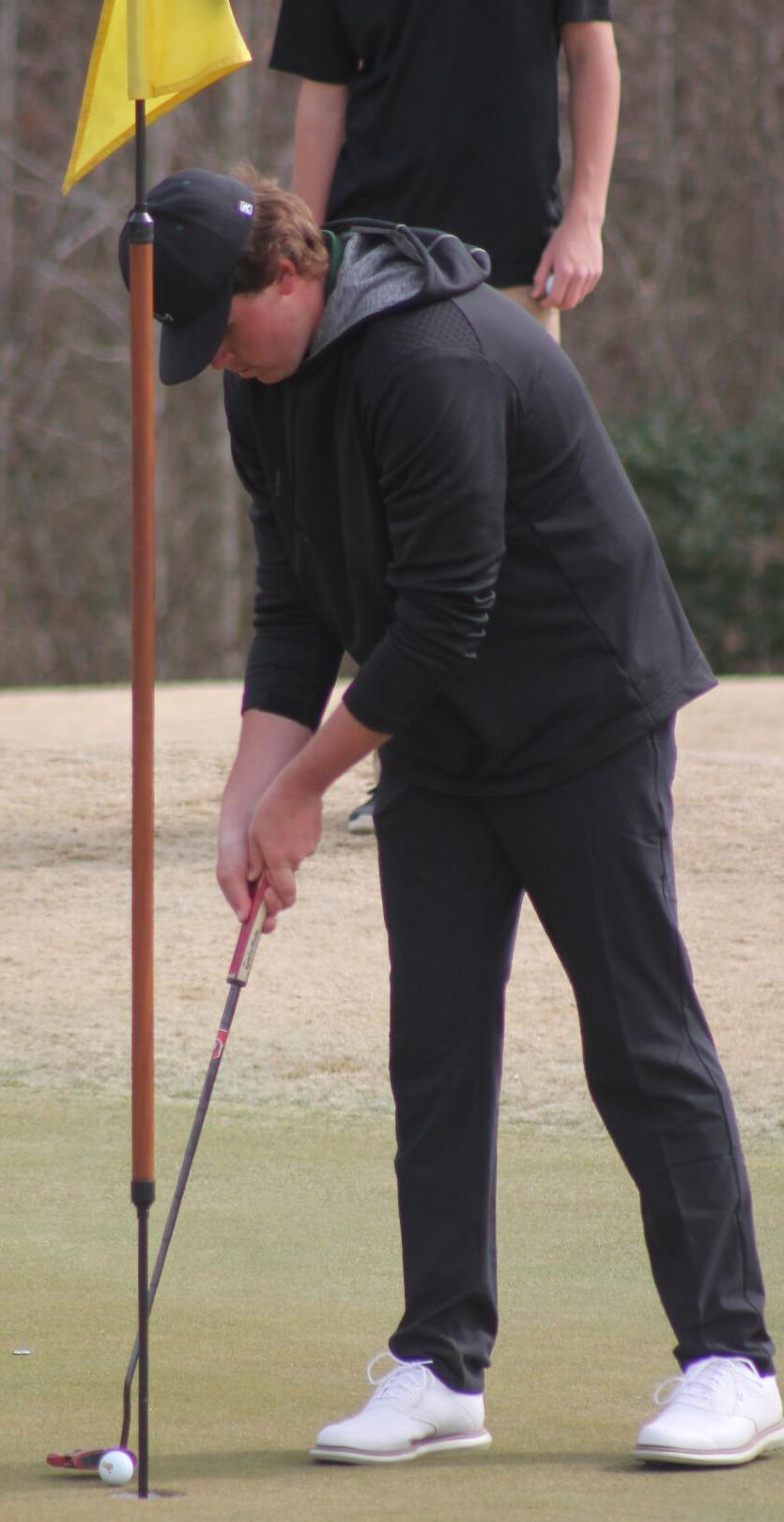 Zane Moore puts away a short putt during Louisa’s home match against Monticello.

Emma Zelaski attempts to put the ball on the green at the first hole of the Lions’ home match against Monticello.

Zane Moore puts away a short putt during Louisa’s home match against Monticello.

The Louisa Lions golf team played their first match at Cutalong on March 15.

The move from Tanyard to Cutalong is one of many changes the team is dealing with this season, but it’s one of the few not related to the COVID-19 pandemic.

“This is where we’ve been trying to get, and they reached out to us and were very welcoming,” said head coach Neal Moubray. “Regardless of COVID, we would be out here.

“It will be a lot better for us in the long run,” he continued. “It’s a much tougher course.”

The Lions boast eight golfers on their roster this year, five of whom are returning from last season. Three-time state qualifier Zane Moore returns to the links for his senior season, as do fellow seniors Nate Feagans, Perry Hopkins and Ariana Jackson. Also back for the Lions is junior Evan Straley.

“They’re all pretty consistent,” Moubray said. “You know what you’re going to get with them.”

Rounding out the roster are juniors Lewis French and Lee Sisk and freshman Emma Zelaski, who bring fresh talent to the team. Sisk and Zelaski have earned spots among the team’s six starters, along with Moore, Hopkins, Feagans and Straley.

“Emma’s pretty experienced,” Moubray said. “Golf is her number one thing. She’s been playing for quite a while so she’s pretty far ahead. Lee had a good first match ... and Lewis is pretty much brand-new to golf, and he’s really coming along.”

The Lions, like all of the other teams in the area, are trying to adjust to playing golf in the cooler weather.

“It’s way different playing in the winter,” Zelaski said. “We have rain and snow and our matches keep getting canceled ... It’s also way windier, which really affects [the game] because it’s colder and the ball doesn’t go as far.”

Even with the challenges, the Lions are glad to be able to come out and play and try to have the best season they can.

“I feel like we’re getting better each and every day,” Moore said.

The Lions hosted the Monticello Mustangs for their first match at the new course. Louisa won, 168-177.

Moore was the Lions’ low scorer, followed by Straley with 42. Hopkins carded a 43, Zelaski and Feagans each shot 47 and Sisk shot 50.

“I thought the kids played great considering it was our first match at our new course,” Moubray said. “I’m very happy with everyone’s scores and hopefully we continue to play well Wednesday at Old Trail against Western Albemarle.”

Results of Wednesday’s match were unavailable at press time. The Lions travel to Fluvanna on March 22 for their next district match. Action begins at 5 p.m.