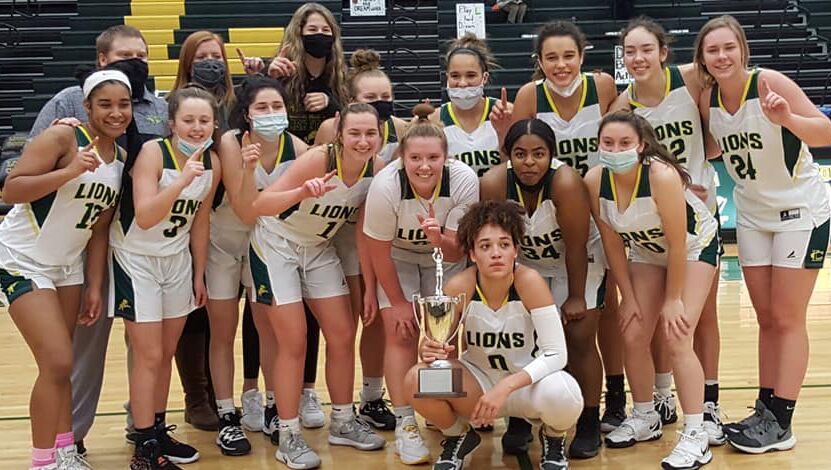 The Louisa Lions girls' basketball team wins the Region 4B championship with a 73-64 win over the Monacan Chiefs on Feb. 10. 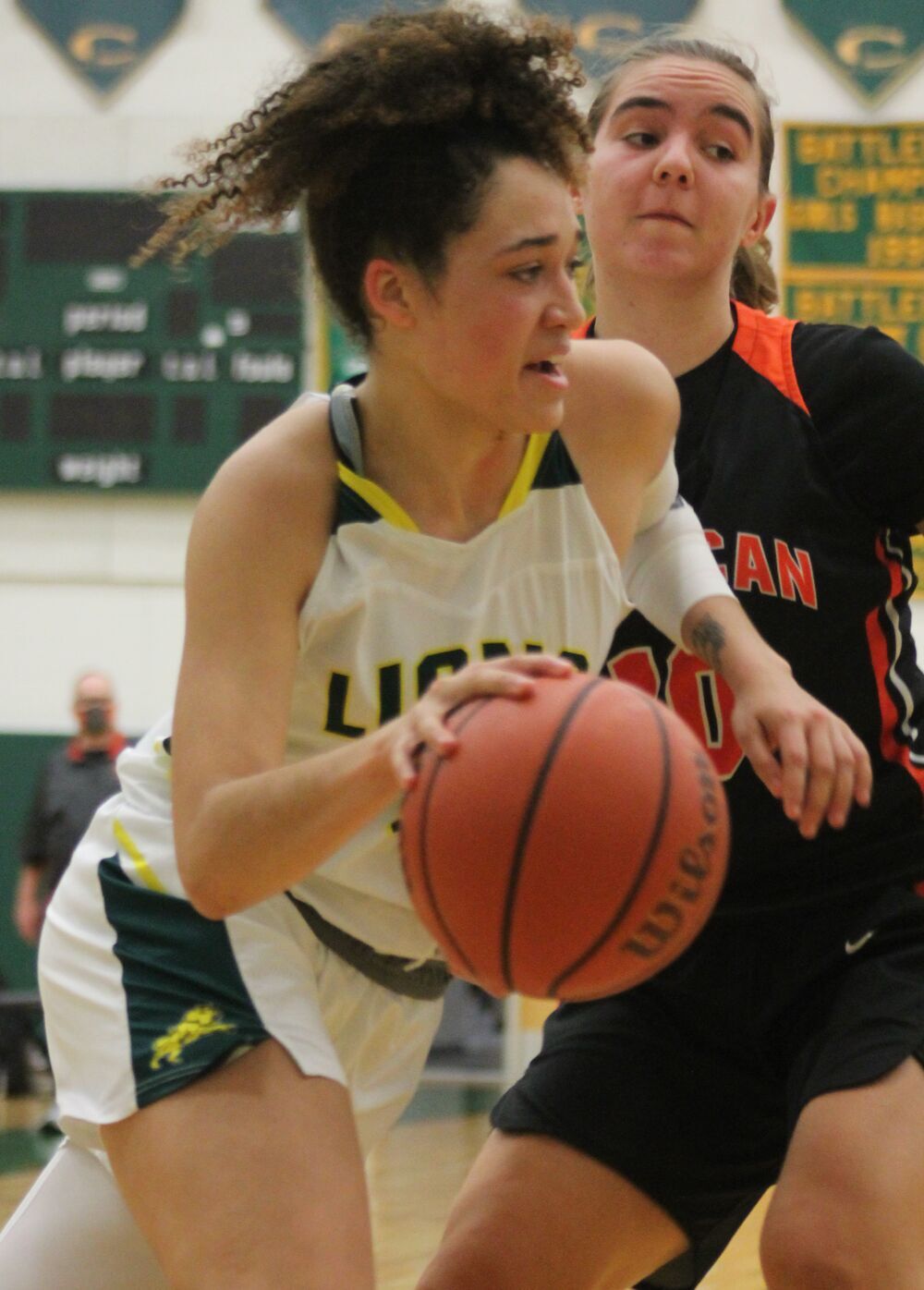 Olivia McGhee led the Lions' offense with a game-high 35 points, including 16 in the fourth quarter.

The Louisa Lions girls' basketball team wins the Region 4B championship with a 73-64 win over the Monacan Chiefs on Feb. 10.

Olivia McGhee led the Lions' offense with a game-high 35 points, including 16 in the fourth quarter.

The Louisa Lions’ girls’ basketball team picked up their 13th win of the season on Feb. 10 as they unseated the reigning regional champions, the Monacan Chiefs, with a 73-64 home victory in the Virginia High School League Region 4B championship.

The win also marked the first regional championship for the program in a quarter century.

“It means a lot, because all of their hard work out of season is paying off right now,” said Louisa head coach Nick Schreck. “Both their hard work individually and as a group when they’d come in for conditioning. For us to go in and reap the benefits is very rewarding for us.”

The Lions opened the game with their standard defensive pressure, and led by six points from senior Alexis Chapman, were ahead 12-4 by the three-minute mark. The Chiefs soon found their footing, battling back to tie the game with just over a minute left in the period, but the Lions put up six unanswered points to go up 18-12.

Sophomores Olivia McGhee and Sylvie Jackson each sank a shot from three-point range to open the second quarter, but the Chiefs found an answer, going on a 21-4 run over the remaining seven minutes to go ahead 33-30 at the half.

The Lions weren’t going down without a fight and came out swinging in the third quarter. McGhee sank a trio of buckets over the first two minutes of the half to help get Louisa back on top and Jackson added six points to extend Louisa’s lead to 48-38 with 3:51 to go. Then the Chiefs’ offense struck again, putting up 11 unanswered points, including a three-pointer at the buzzer, to retake the lead, 49-48, going into the final period.

The Chiefs didn’t stay on top for long, as McGhee and Chapman combined for a 10-point run to put the Lions ahead 58-53 by the five-minute mark. McGhee led Louisa’s offense from there, putting up 16 points in the fourth quarter to lead the Lions to victory. McGhee ended the night with a game-high 35 points.

“She’s been working for this moment since last year,” Schreck said. “You can see the improvement from where she was as a freshman to where she’s at now. The sky’s the limit for that girl.

“The sky’s the limit for this team,” he continued. “This group has just worked so hard. They’re a great group of kids, they get along well and support each other and they believe in what we’re doing.”

Jackson added 19 points for the Lions and Chapman put up 10.

With the win, the Lions advance to the VHSL Class 4 state championship. They’ll travel to Grafton High School in Yorktown to take on the Clippers in the semifinal round on Feb. 17. Action begins at 7 p.m.