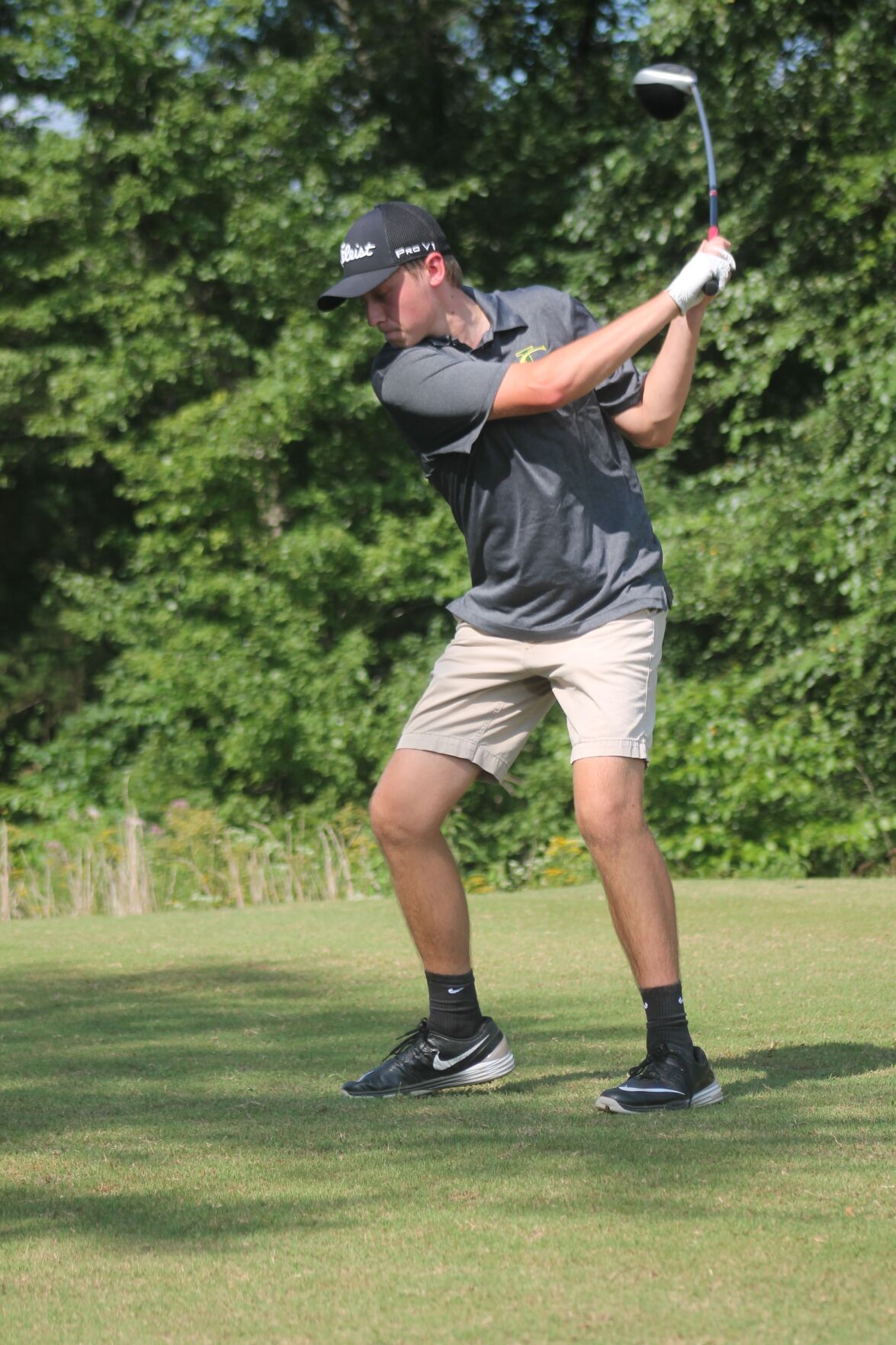 Lee Sisk tees off during the Lions' home match at Cutalong on Aug. 18. 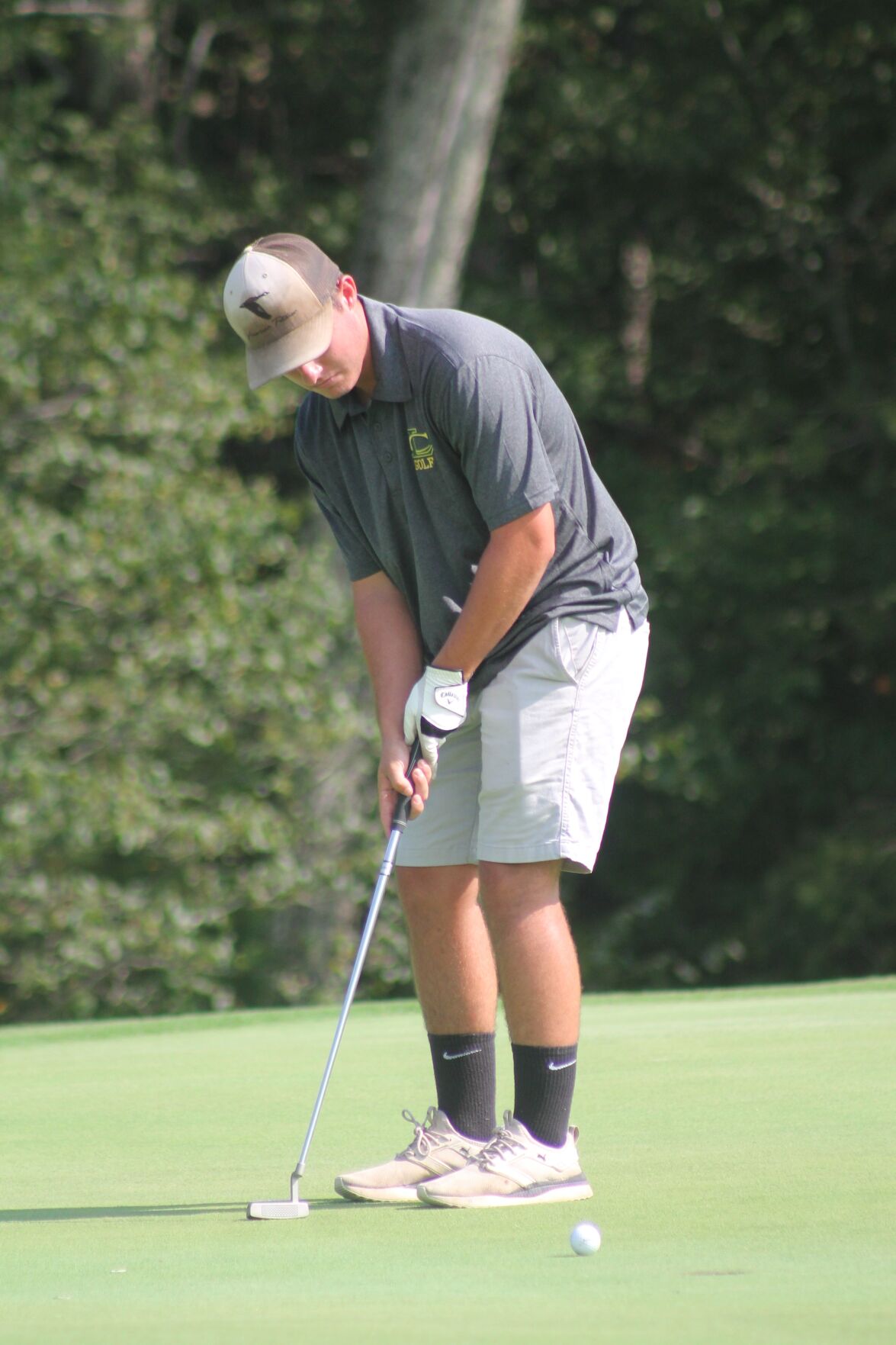 Lewis French sinks a putt during the Lions' Aug. 18 home match against Orange.

Lee Sisk tees off during the Lions' home match at Cutalong on Aug. 18.

Lewis French sinks a putt during the Lions' Aug. 18 home match against Orange.

The Louisa County High School golf team battled Jefferson District rivals and the elements in a pair of matches last week, both of which were shortened from nine holes to six due to rain.

The Lions traveled to Glenmore Country Club on Aug. 17 to take on the Monticello Mustangs, then hosted the Orange County Hornets at Cutalong on Aug. 19 for their first home match of the season. The Mustangs edged out the Lions 115-127, while the Lions shot 131 at Cutalong to eke out a win over the Hornets, who shot 133.

“It’s been an interesting season, but our team is getting a lot of experience that is going to better us in the future,” said Head Coach Neal Moubray.

The Lions hit the road on Aug. 23, traveling to Meadows Farm Golf Course to play Spotsylvania and James Monroe. The Lions won the match with a team score of 176. Evan Straley was the Lions’ low scorer with 41, followed by Lee Sisk with 43. Connor Downey and Ashton Rollins each carded 46 to round out the team score. Emma Zaleski and Lewis French also played for the Lions, finishing with respective scores of 50 and 55.

"Overall, it was one of our better matches," Moubray said. "Hopefully, we continue to play better each match.