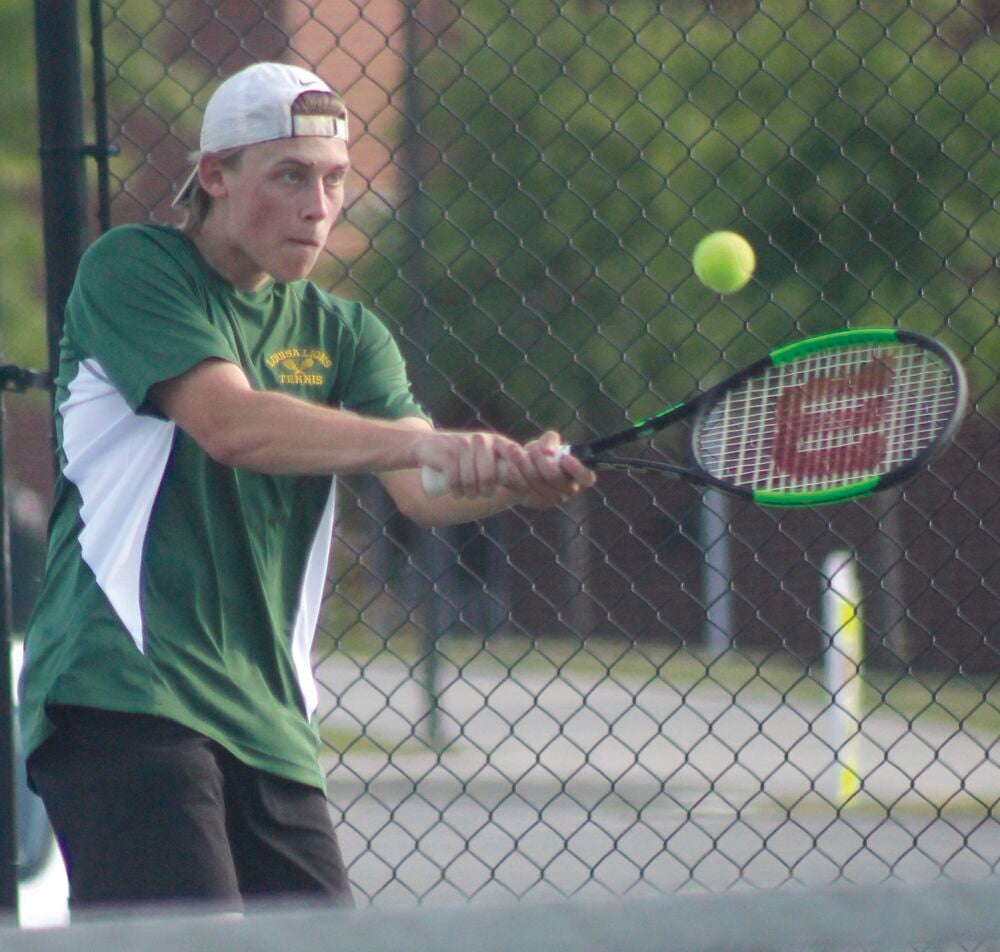 Lee Sisk returns a serve during the Lions’ home match against the Fluvanna Flucos on May 13. 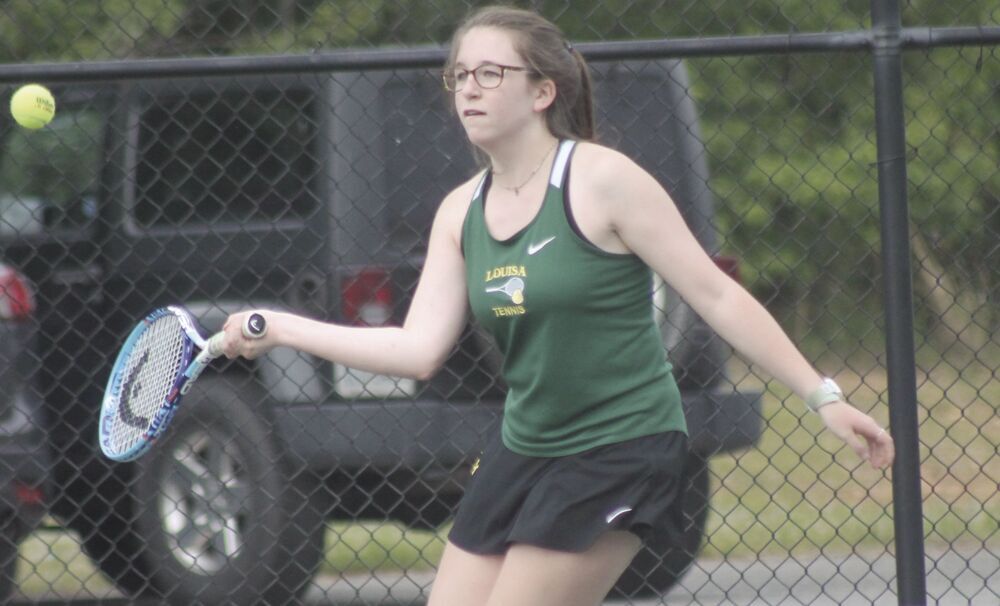 Katelynn Jones takes a forehand swing during her singles match in the Lions’ home contest against Albemarle on May 17.

Lee Sisk returns a serve during the Lions’ home match against the Fluvanna Flucos on May 13.

Katelynn Jones takes a forehand swing during her singles match in the Lions’ home contest against Albemarle on May 17.

The Louisa Lions tennis teams closed out their season with a trio of district matches, taking on the Fluvanna Flucos, the Monticello Mustangs and the Albemarle Patriots.

The boys’ tennis team hosted the Monticello Mustangs on May 12. Lee Sisk and Caleb Saul picked up a win for the Lions, defeating Collin Barnett and Pierce Whitaker 8-4 in the number one doubles match.

“They played a great match,” said Head Coach Gregory Palmer. “It was a great victory based on determination.”

“The boys played a tough match,” Palmer said. “They stuck with it and did well.”

The girls’ team traveled to Fluvanna on the same night, falling 7-2. Abbie Hopkins won her singles match 8-4 and Josie Walker and Katelynn Jones teamed up for an 8-5 win in the number two doubles match.

Greg Hansen: Wildcats starting over, and they're not alone — all of college football is changing

Back for Year 17 after offseason of discontent, ‘lame duck’ Aaron Rodgers aims to ‘enjoy this year’ with future still uncertain

“It was really tough for the girls,” Palmer said. “Sarah [Schulte] had a reaction to the vaccine and then Josie didn’t feel well. Abbie did a fantastic job, as usual.”

“Sarah played a good aggressive match and won her number one singles quite handily,” Palmer said. “Abbie at number two played tough as well, as did the whole team. I’m very proud of the girls; they did a great job.”

Both teams closed out their seasons with matches against the Albemarle Patriots. The boys played on the road, while the girls were at home. The Patriots won both matches, defeating the girls 9-0 and the boys 6-0.

Jones and Walker won two in their doubles match and Hopkins and Schulte won one.

For the boys, Sisk and Saul battled back in the number one doubles match, winning four straight games before falling 8-4. Molinarez and Sitzman took one in their match, and Sisk and Molinarez each won one game in their singles matches as well.

“Both the boys and the girls played a tough match,” Palmer said. “Caleb and Lee played a great match in the number one doubles, so we were really proud of them. The girls also played a tough match and they had a good time. It was a good way to end the season, and we’re looking forward to next year.”