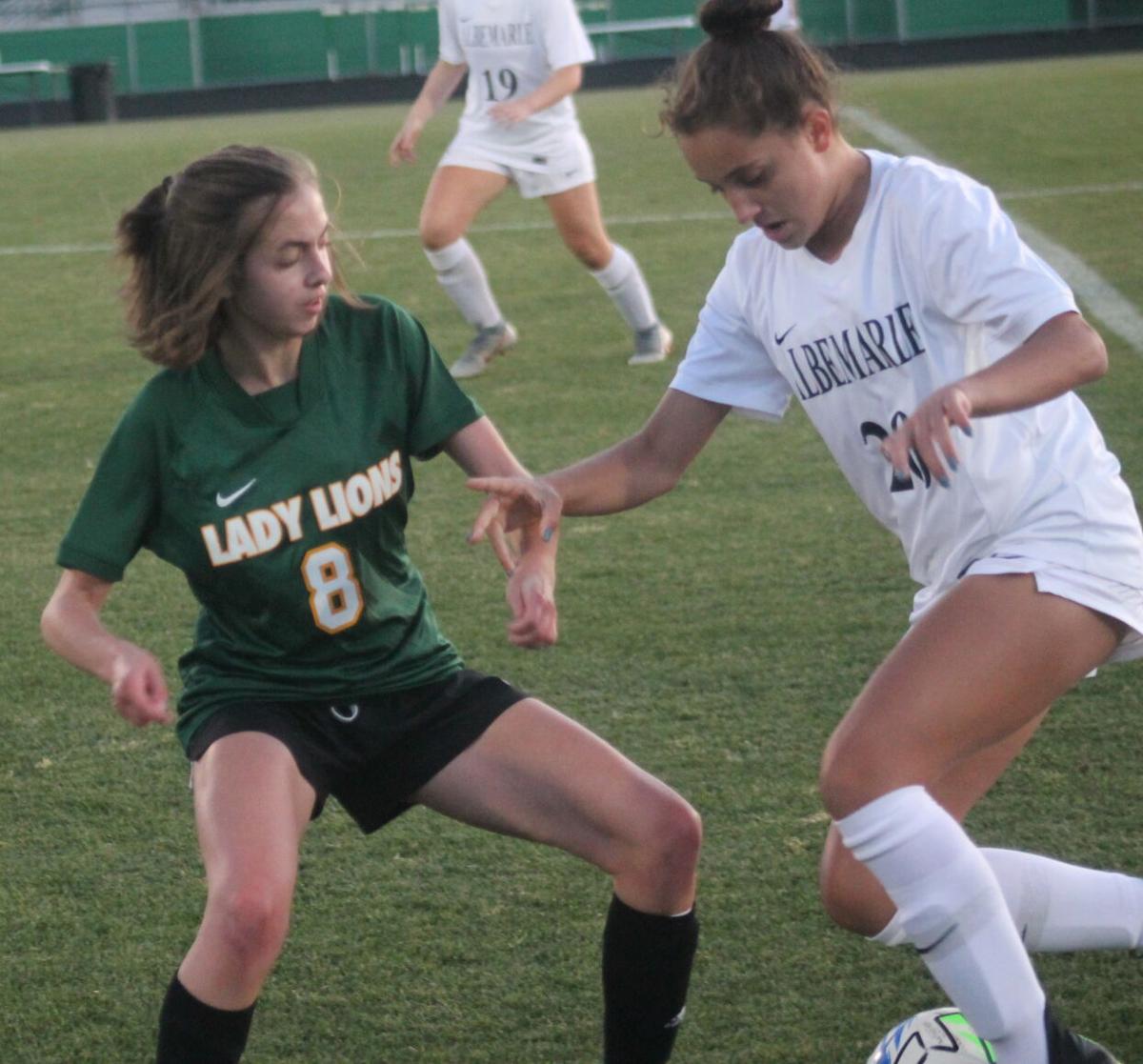 Emily Eppard challenges an Albemarle player for the ball during the Lions’ home game on May 12. 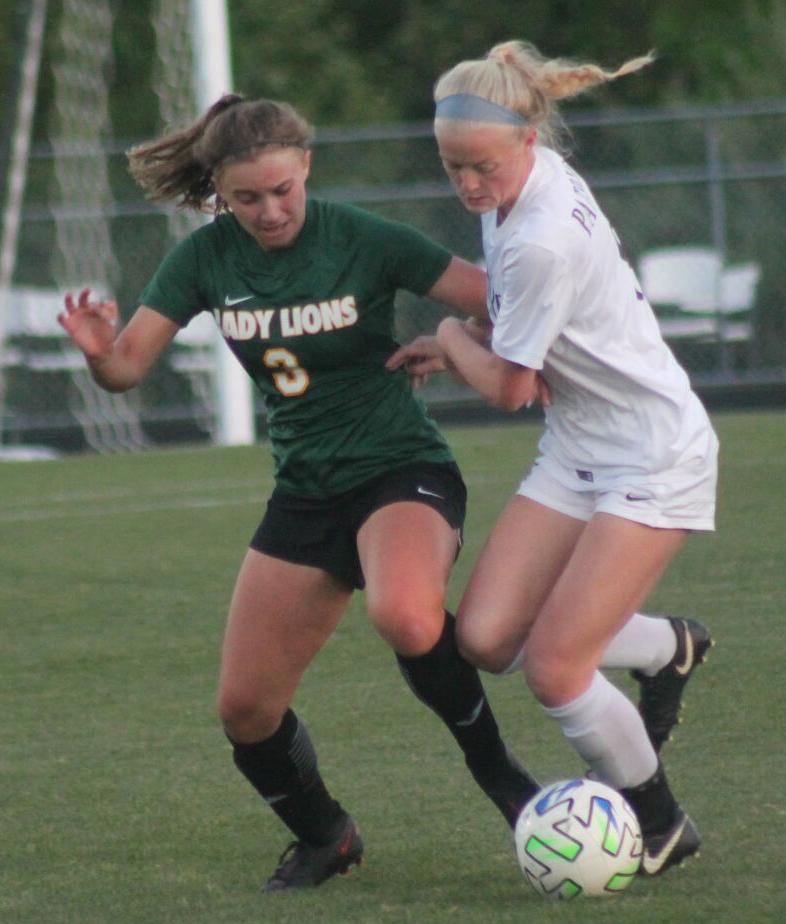 Eleanor Pekary attempts to turn away an Albemarle attacker.

Emily Eppard challenges an Albemarle player for the ball during the Lions’ home game on May 12.

Eleanor Pekary attempts to turn away an Albemarle attacker.

The Louisa Lions’ soccer teams took on the Albemarle Patriots over the past week, the girls’ team hosting the Patriots on May 12 and the boys’ traveling to Albemarle on May 17.

The Lady Lions fell behind 3-0 in the first half, but kept the Patriots out of the goal for most of the second half, until a late score with just over five minutes left on the clock.

“We’ve been working on our defensive blocks, just staying back and moving as a group,” said Head Coach Deesh Bhattal. “That requires the other team to try to break us down and if they’re going to score, it has to be off of something pretty incredible. That part of the game the girls have worked on really well.”

The Lions sent a few attacks down the field during the game, but none yielded results. Improving the team’s attack is something Bhattal said they’ll be working on over the final few weeks of the season.

“We struggle to get past midfield sometimes against tough competition,” he said. “We’re going to start focusing more on the attack stuff and start to move the ball forward a bit more.”

The boys team faced the Patriots on the road, falling 2-0. Coach Sergio Botero noted several positives to take away from the game.

Both teams will be back in action on May 27, taking on the Orange County Hornets. The boys play at home for their senior night contest and the girls are away. Both games begin at 7 p.m.