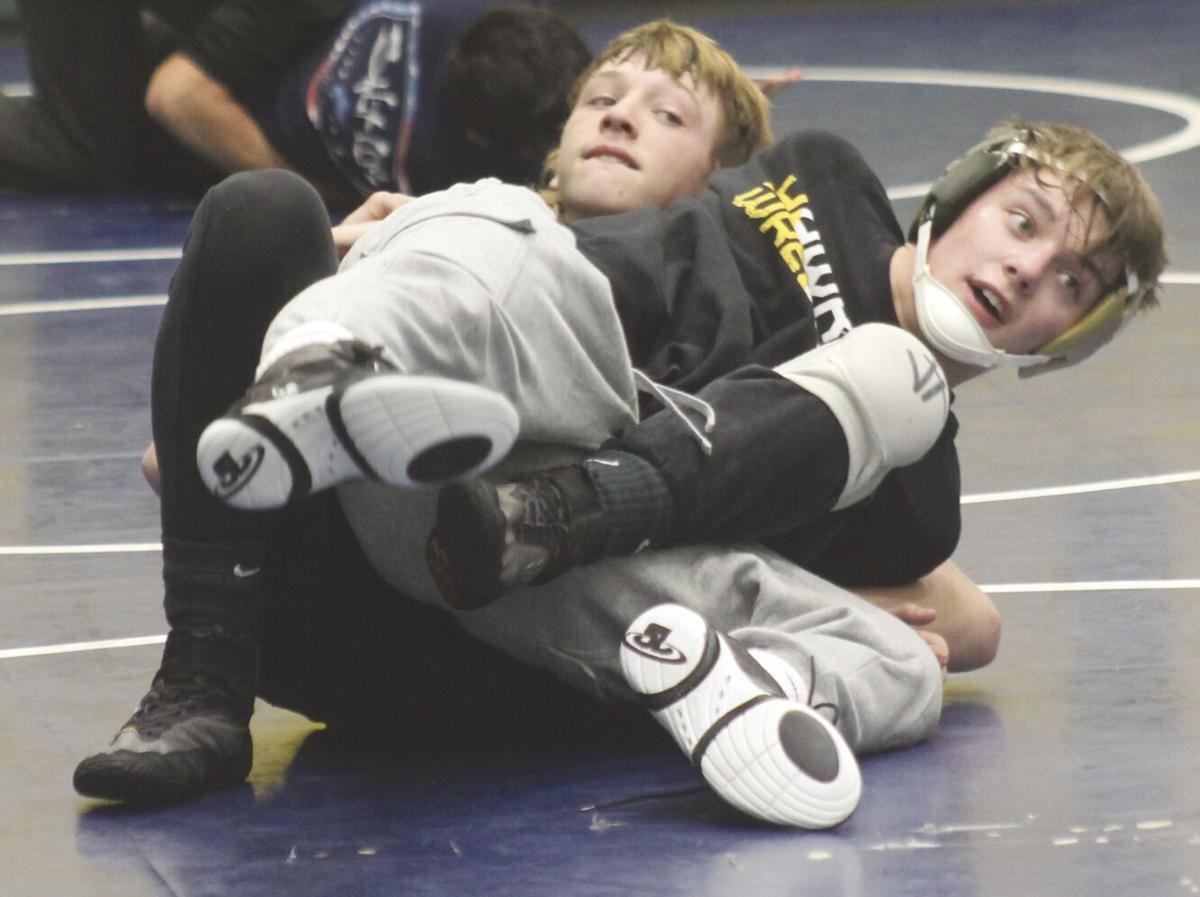 Kasey Cassazza (left) grapples with Gavin Greslick during a recent practice in The Pit. 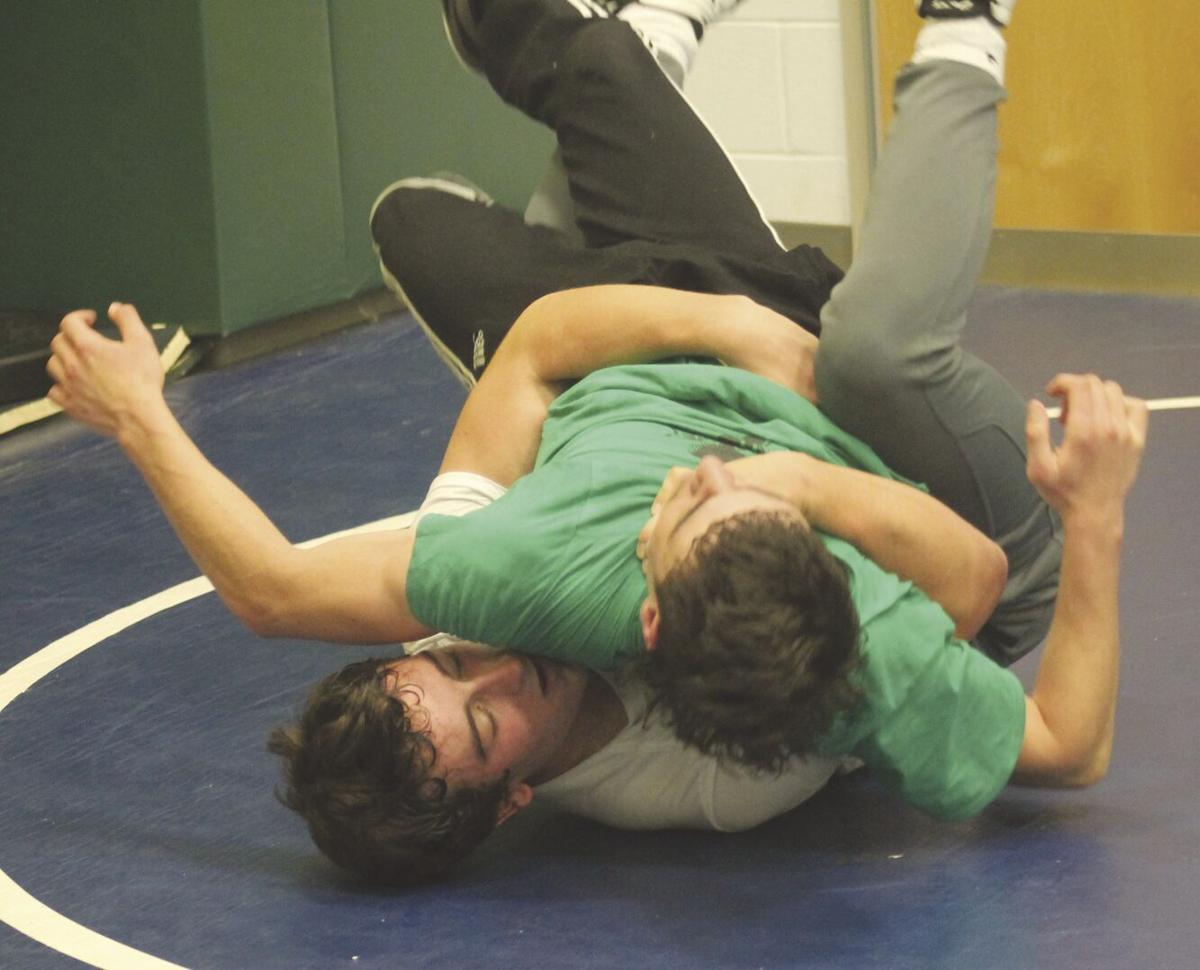 Alex Bradford (white shirt) gets the upper hand on teammate Gabe Froschauer during a practice bout.

Kasey Cassazza (left) grapples with Gavin Greslick during a recent practice in The Pit.

Alex Bradford (white shirt) gets the upper hand on teammate Gabe Froschauer during a practice bout.

The Louisa Lions’ wrestling team is back in The Pit and getting ready for a new season, with most of the starting varsity lineup consisting of returning wrestlers.

“The Lions will field a strong team this season in addition to setting the foundation for future success,” said Coach Roger Stewart. “They had a successful season [last year] and they’re truly bringing back that same attitude to The Pit because none of them quit.”

Among the returning wrestlers is senior Owen Greslick, the reigning state champ in the Class 4 120-pound division. Greslick will move up a weight class for his final season with the Lions, competing in the 126-pound class this season.

“It feels good to be back,” he said. “I’m in the best shape I’ve been in in a long time. I’ve been working all off-season and I’m trying to get out and wrestle as much as I can to prepare for the season and to try to win states again.”

Seniors Alex Bradford and Nick Torbush are also moving up to higher weight classes for their final season, with Bradford competing in the 182-pound class. Lawton Rowan takes his place in the 170-pound weight class and Torbush takes over for Rowan in the 160-pound division. Kasey Cassazza moves into the 145-pound class where Torbush wrestled last season.

Daniel Leale Jr. moves into the 132-pound division for this season, and Gianpaolo Citola takes Greslick’s place in the 120-pound class. Caitlyn Beasley (113 pounds), Gavin Greslick (138 pounds) and Quinton Wash (195 pounds) will be wrestling in the same weight classes as last year.

“The team looks good,” Cassazza said. “We have a lot of new faces, but they’re all working hard and that’s what counts.”

In addition to returning a large squad of wrestlers, Stewart also returns for his second season as the Lions’ head coach. Stewart says he hopes to build on the “resiliency” he saw from the team last season.

“I’m excited to get in the room and implement a system I know works at the highest level,” he said. “I’m confident that it will make a huge difference in our performance on the mat, especially now that we have changed regions [from 4B to 4D].”

The wrestlers are glad to have him back, as well, especially the seniors who will have a returning coach for the first time since they started wrestling for the Lions.

“The big thing he’s bringing is that he’s young,” Bradford said. “He’s still wrestling, so he can get on the mat and really show you how to do stuff. Having him coach me last year, I know him a little better, so its easier to work with him.”

The Lions opened their season on Dec. 1 with a tri-match against the Courtland Cougars and the King George Foxes. The Lions edged King George 39-38 and fell to Courtland 43-38. For full results, see the Dec. 9 edition of The Central Virginian. The wrestlers will be back in action on Dec. 4 for the David Wells Memorial Tournament at Louisa County High School. Action begins at 8 a.m.